Coming off the heels of their successful Soul, Pixar is back with Luca, a coming-of-age tale set along the Italian Riviera. The film marks the feature debut of director Enrico Casarosa, who worked on previous Pixar films such as Up and Coco. The story follows a young boy having a fun summer with a new friend while also hiding a secret: he’s a sea monster from another world. Watch the Luca trailer below.

The official teaser trailer for Luca reveals the voice cast for the Pixar film, lead by Jacob Tremblay as the titular Luca Paguro, “a bright and inventive 13-year-old sea monster with endless curiosity—especially when it comes to the mysterious world above the sea,” and Jack Dylan Grazer as Alberto Scorfano, “an independent, free-spirited teenage sea monster with unbridled enthusiasm for the human world.” The rest of the voice cast is rounded out by Emma Berman, Maya Rudolph, Marco Barricelli, and Jim Gaffigan.

Here’s the synopsis for Luca: “Set in a beautiful seaside town on the Italian Riviera, the original animated feature is a coming-of-age story about one young boy experiencing an unforgettable summer filled with gelato, pasta, and endless scooter rides. Luca shares these adventures with his newfound best friend, but all the fun is threatened by a deeply-held secret: he is a sea monster from another world just below the water’s surface.”

Pasta? Gelato? Friendship? Sea monsters? Is there anything this movie doesn’t have!? Honestly, this weirdly sounds like a kids version of the excellent indie-horror flick Spring, which followed an American tourist who strikes up a relationship with an Italian woman who also happens to be a Lovecraftian sea monster. I’m sure the similarity is just a coincide, though.

“This is a deeply personal story for me, not only because it’s set on the Italian Riviera where I grew up, but because at the core of this film is a celebration of friendship,” said Luca director Enrico Casarosa. “Childhood friendships often set the course of who we want to become and it is those bonds that are at the heart of our story in Luca. So in addition to the beauty and charm of the Italian seaside, our film will feature an unforgettable summer adventure that will fundamentally change Luca.”

In an interview with Empire, Casarosa has also said the film is an “homage to Fellini and other classic Italian filmmakers, with a dash of Miyazaki in the mix too,” adding: “I was born in Genoa, and my summers were spent on beaches. I met my best friend when I was 11. I was really shy and I found this troublemaker of a kid who had a completely different life. I wanted to make a movie about those kinds of friendships that help you grow up.”

I’m always up for new Pixar, especially when it’s a new original film and not just another Cars or Toy Story sequel. I wasn’t a big fan of Pixar’s Onward, but their follow-up Soul was impressive, especially on a visual level. I’m excited to see what the studio does next.

Luca is expected to arrive in theaters this summer, on June 18, 2021. That date could always change, and Disney could always decide to drop the movie on Disney+ instead. For now, though, it’s sticking with its theatrical plans. Check out a poster below. 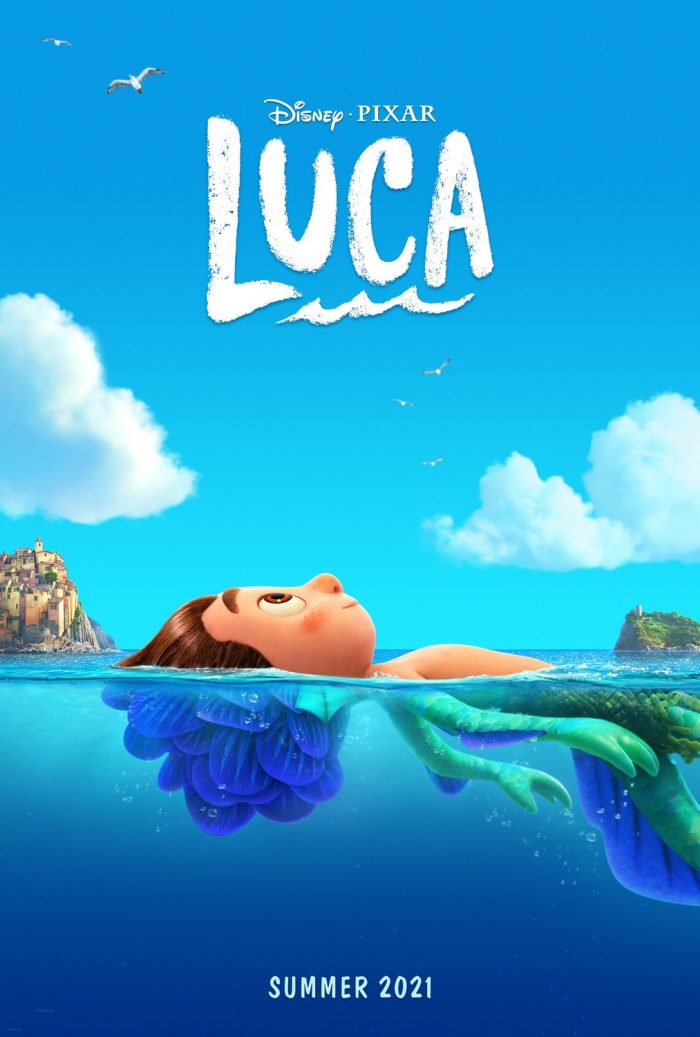 The post ‘Luca’ Trailer: Pixar and Disney Take You to the Italian Riviera appeared first on /Film.