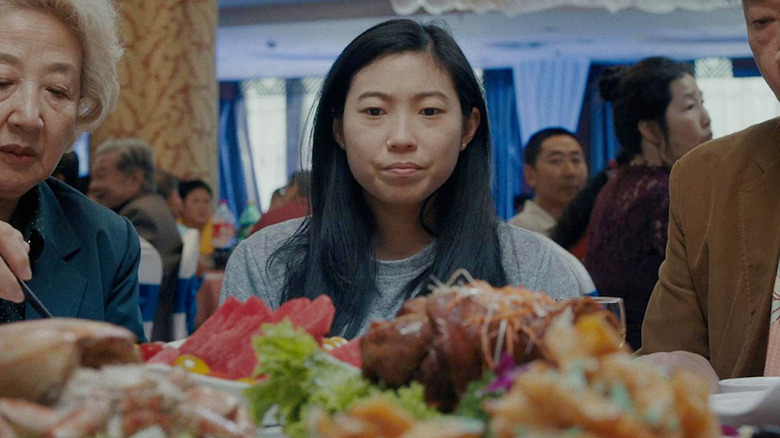 If all you had was a vague logline, you would be forgiven for assuming “The Farewell” is a farce. After all, writer-director Lulu Wang’s 2019 dramedy centers on a Chinese-American family who, upon learning their grandmother (Nai Nai, played by Zhao Shu-zhen) has terminal cancer, hastily schedule a wedding as an excuse for all their relatives to gather and covertly say their goodbyes without telling Nai Nai she’s dying. But for all the high jinks that do, in fact, ensue, Wang’s film is steeped in sadness and uses its premise to explore what it’s like to be a child of two worlds through the eyes of Nai Nai’s granddaughter, Billi (Awkwafina, proving her acting skills extend well beyond broad comedy and caricatures).

The film holds a very personal meaning for Wang, seeing as it’s based on her own real life. It’s why she treats every detail in “The Farewell” with such tender loving care, not least of which are the subtle differences between Billi and the rest of her family when it comes to expressing their emotions (a reflection of her individualist mentality versus their collectivist mindset). Then there’s the way Wang precisely toes the line between comedy and tragedy, often switching rapidly between the two in the span of a single scene.

Compare this to 2002’s “My Big Fat Greek Wedding,” a movie that’s much more in your face with its sitcom scenarios and the way it depicts a culture clash inspired by writer-star Nia Vardalos’ own real-life nuptials. No shade intended to Vardalos’ hit comedy (which I’ve always found perfectly charming), but its approach is very different from Wang’s on “The Farewell.” However, getting this across to potential producers was its own challenge, as Wang told The Hollywood Reporter in 2020:

“Ethnic American films are almost like a genre in and of itself. As soon as you say, ‘This is about my family. There is a wedding. It’s Asian,’ it is immediately put into this box of a broad comedy like ‘My Big Fat Greek Wedding.'” 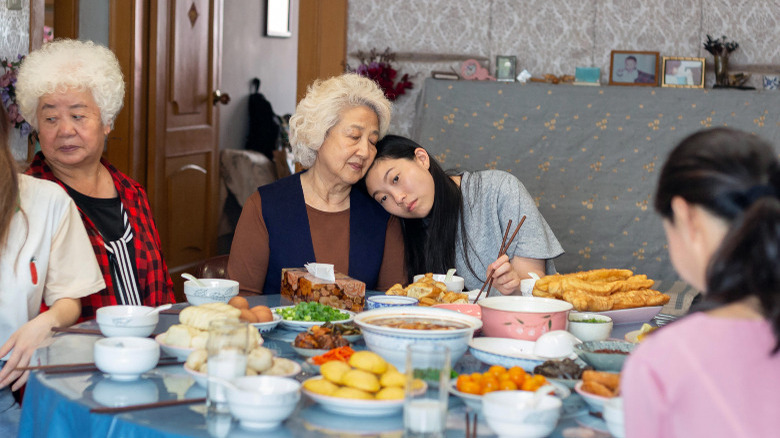 As Lulu Wang went into pitch meetings with producers and financiers for “The Farewell,” she made a list of items that wouldn’t be open for negotiation. Most of them were based on popular requests from executives, like how they wanted Billi to have a white boyfriend or were resistant to the cast being composed entirely of Asian or Asian American actors. There was also resistance to the idea that most of the film’s dialogue would be spoken in Mandarin (with English subtitles), despite much of its story taking place in Changchun, China, where Nai Nai lives.

“It’s like, I see the film you’re envisioning — because that film already exists! Like, a million times over! And that’s not the story I want to tell or the movie I want to make. I said ‘no’ a lot,” Wang told Rolling Stone in 2019. She recalled having to explain this to would-be producers over and over before “Little Miss Sunshine” production company Big Beach and “About a Boy” co-director Chris Weitz’s Depth of Field banner joined the project:

“… I was like, ‘OK, but you realize that means this will be 75% in Mandarin. It will be an all-Asian cast, I want to shoot in my grandmother’s town, and my No. 1 market is not the Chinese market — the minute we try to change it to fit both sides of the equation, we’re sunk.’ And they just said, ‘OK, we’ll try to aim for it being a Sundance film then.’ They knew what the sweet spot was.”

Wang was rewarded when “The Farewell” received strong reviews at the 2019 Sundance Film Festival, earning raves for Awkwafina’s performance and Wang’s direction. It would go on to make $23 million at the box office, more than enough to cover its $3 million budget. More importantly, it allowed Wang to realize her vision without making the compromises executives would’ve deemed necessary to give the movie broader appeal. Instead, “The Farewell” represents an example of a film that’s easy to love, whether you relate to its premise or not.

The post Lulu Wang Wasn’t Going To Let Studio Demands Derail Her Plan For The Farewell appeared first on /Film.