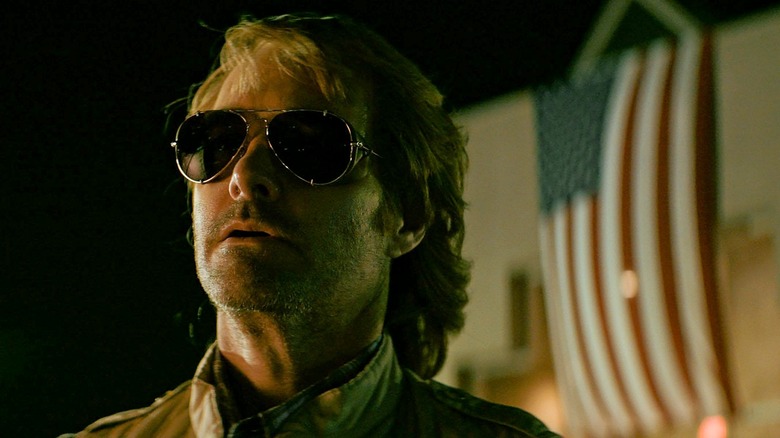 Well, shut yer butt. It looks like we get one more treat in the year of our Lord 2021 and that’s the return of “MacGruber.” The series will be launching on Universal’s streaming service, Peacock, on December 16, and today we got a slew of images and even a trailer in the form of a jailhouse interview with Mac himself.

Will Forte returns as MacGruber, who has apparently spent the time since we last saw him rotting away in jail for his over-the-top dispatching of one Dieter Von Cunth (Val Kilmer). I’m on team Grubes … Cunth did try to blow up the world and also showed up to MacGruber’s wedding with murder on his mind, but apparently the jury felt differently.

And when you see the below video you can understand why. MacGruber has a tendency to rub some people the wrong the way and, well … here we are.

“MacGruber” didn’t set the box office on fire upon release, but has been steadily building a dedicated fanbase every year since. Calls for a sequel have been ringing out since its 2010 release and now we’re getting one better: a whole-ass series released in the binge fashion that pits MacGruber against Billy Zane’s Brigadier Commander Enos Queeth and reunites the great mulleted one with Vicki St. Elmo (Kristen Wiig) and Dixon Piper (Ryan Phillippe).

Also coming along for the ride are Sam Elliott and Laurence Fishburne, two wonderful additions to the MacGruber family, at least on paper. We’ll see how the whole thing shapes up next month when it sees release, but already that 6 minute “Jailhouse Interview” piece clues us in that this is still the vulgar, petulant yet somehow lovable MacGruber we all want to see. 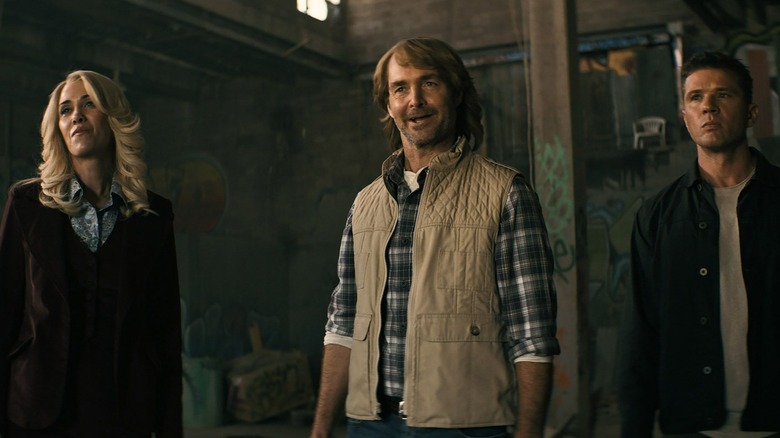 I have personally been onboard the “MacGruber” train since seeing the movie at its SXSW premiere and it’s done my potty-humor loving heart proud to see so many of my friends and colleagues jump on board in the years since. This kind of vulgar comedy isn’t for everyone, but some of its most dedicated fans are the more highbrow, Criterion-worshipping film voices and that just tickles me to no end.

Can this conceit, itself a spoof of a TV character that has been out of the public consciousness for decades (even with the big network reboot), be further stretched to accommodate a full series? I couldn’t tell you for sure, but I can say counting out Jorma Taccone is a fool’s errand and these characters have somehow transcended mere spoof.

The world needs the ridiculousness of “MacGruber” now more than ever. After years of our collective world turning upside down, the increasing political and idealogical division that threatens the very fabric of democracy, we need an outlet to let off some steam. We need a lovable dumbass like MacGruber to make us forget about our real world problems. Escapism is the name of the game right now, so Mac’s time has around at last and his return isn’t a moment too soon.

If we know nothing else about MacGruber it’s that he’s a master of the diversion. All he needs is a stick of celery and we’re off to the races.

Read this next: 14 Awesome Comedies That Never Got Sequels

JoBlo: THIS IS US Season 6 Official Trailer “The Final Chapter” (HD) Mandy Moore