Kate Winslet has been the talk of the town lately, especially in Delaware County. Her stern yet sweet performance as Mare in the HBO crime drama Mare of Easttown has garnered accolades from Upper Darby locals to the point where the Pennsylvania-based convenience store chain Wawa has dedicated Thursday, June 10 to be officially known as “Mare of Easttown Day.” This really defines the meaning of “peak TV,” huh?

A native Pennsylvanian himself, writer Brad Ingelsby created the limited series to showcase a certain group of people who were born and raised in a small town where everyone knows each other. Ingelsby wanted the show to have a “realness and grittiness to it” and portray communities that don’t get much time on screen in a noble and heroic fashion. All of this was accomplished through location scouting, costume design, and character preparation. Costume designer Meghan Kasperlik would take photos of customers in line at the Wawa convenience store as reference material to authentically dress the cast. As detective Mare Sheehan, Winslet can be seen drinking coffee and eating hoagies throughout the season, a direct nod to the local store and cuisine.

And naturally, everyone noticed. Even those of us who don’t have Wawa stores near us.

The Hollywood Reporter announced that in order to show their appreciation and to celebrate its newest location in Delaware County, Wawa has dedicated Thursday to be “Mare of Easttown Day.” Customers will get to enjoy coffee free of charge and the first 100 patrons will receive a “Wawa DelCo” t-shirt. Also on the menu is the “Mare of Easttown Spicy Cheesesteak,” a limited-edition sandwich that will be sold at several Wawa locations in Delaware County. Local police and fire officials will also be honored at the event on Thursday. Wawa plans to donate money to the charities of their choice, as well as $10,000 to the Children’s Hospital of Philadelphia.

Not bad for a prestige show about a troubled detective. 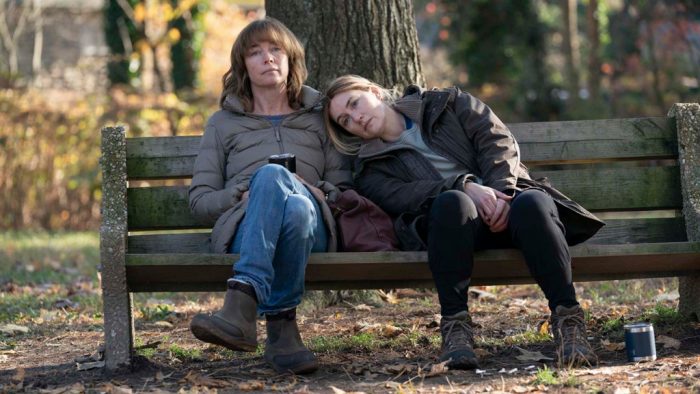 Mare of Easttown approaches crime and community in a refreshing manner. Mare is somewhat of a local legend and everyone in town knows her and respects her. However, she does not abuse her power or popularity. When she investigates the disappearance of a young woman, everyone becomes a suspect. And yet, Mare uses de-escalation techniques and empathy more than force. Her partner Detective Colin Zabel (Evan Peters) eventually wins her over with cups of coffee just how she likes it, sitting back as Mare shows him the ropes and calls the shots.

Honoring Mare of Easttown with its own day complete with coffee, food, and donations is all very relevant to the show itself. Mare is invested in her community and shows up for them no matter how big or small the issue. She exemplifies the kind of law enforcement and protector we all dream of having in our community, flaws and all.

Now, let’s go get some coffee and rewatch the whole show.

The post ‘Mare of Easttown’ Has Been Given Its Own Special Holiday at Wawa Stores – Your Move, Other Prestige TV Shows appeared first on /Film.

/Film – ‘Slash Film: ‘Mare of Easttown’ Has Been Given Its Own Special Holiday at Wawa Stores – Your Move, Other Prestige TV Shows’
Author: Marisa Mirabal
Go to Source
June 10, 2021