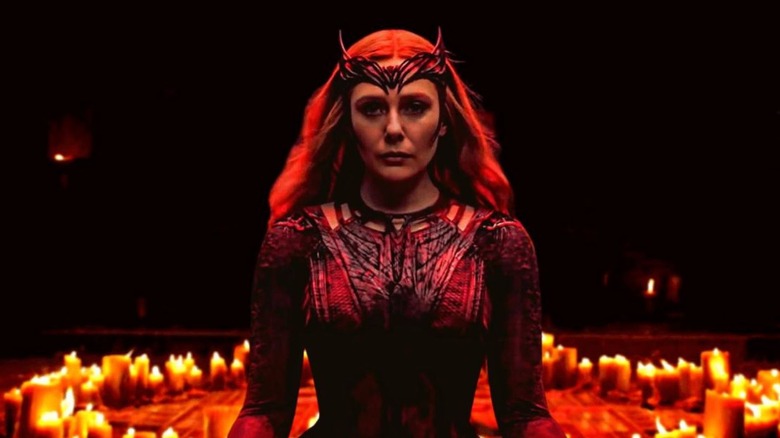 If you’ve ever wondered how the Marvel Cinematic Universe treated female-led superhero movies until recently, allow me to enlighten you. The MCU kicked off with “Iron-Man” in 2008, but until “Ant-Man and the Wasp” was released a decade later, there hadn’t been a female character even mentioned in any movie titles. “Captain Marvel” was released in 2019; it was the studio’s 21st film set in the MCU but the first to follow a female superhero. Don’t even get me started on Black Widow, aka Russian spy Natasha Romanoff, the first and most recognized female Avenger who didn’t receive a stand-alone silver screen debut until 2021, despite making her superhero debut over a decade earlier.

In recent years, Marvel Studios has been a champion for diversity where casting is concerned. “Shang-Chi and the Legend of the Ten Rings” was the studio’s first predominantly Asian-led film featuring an Asian superhero. “Black Panther” celebrated African heroism in groundbreaking ways and was led by a majorly Black cast. Representation has always been important, but when it comes to female superheroes being celebrated, Marvel Studios’ work has only just begun.

While there has been an active effort with the shows “Agent Carter” and “Jessica Jones,” based on Peggy Carter’s work as a secret agent and the titular private investigator, both were canceled due to poor viewership. The MCU’s Phase 4 is the first time women are featured at the center of superhero properties. It’s time for Wanda Maximoff, Jane Foster, and Carol Danvers to shine. We also have America Chavez (the first Latin American LGBTQ hero who made her MCU debut still needs proper representation), Kamala Khan (the first Muslim superhero, a feat that reduces me to tears), Jennifer Walters (She-Hulk, who breaks the notion of what female superheroes should look like), and more. They aren’t just plot devices used to further narratives of their male counterparts. They’re fully realized characters whose stories have been sitting on the back burner for too long. Marvel Studios appears to have recognized that giving female characters more prominent roles is the only way to right past wrongs. 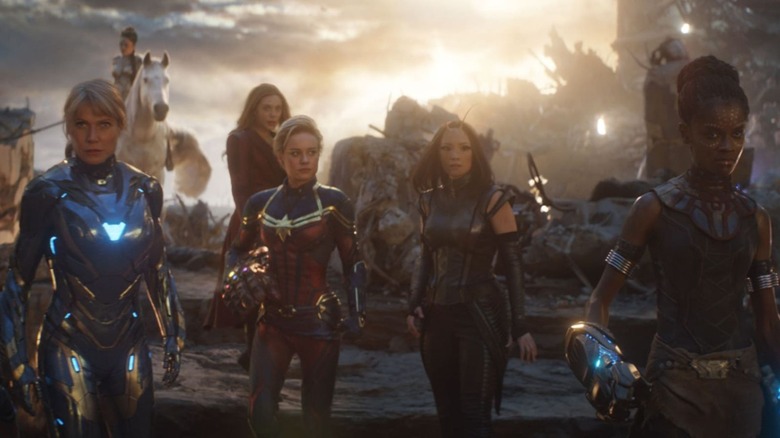 Marvel’s lack of appropriateness in treating their female superheroes is a surprise to no one. There’s a vast difference between a show of tokenism and “girl power,” as evidenced in a scene during “Avengers: Endgame” where the female superheroes team up on the battlefield, a genuine display of feminism and equality in the relationship shared between the male and female superheroes. Illustrating girl power might earn raucous applause at the theaters, but it is a frugal ploy that will always be undeserved. Such sequences feel out of place and fall flat in a franchise that has a history of patronizing its women. Cinematic female inclusivity must be an addition that adds purpose to a scene; only then does it feels valid.

You see, the studio’s concerns surrounding women-led superhero films are not a big mystery. In 2015, a leaked email exchange exposed then-Marvel Entertainment CEO Ike Perlmutter’s position on these movies. While there is no context available to elaborate our understanding of his comments, the exchange was uncovered following the announcement of “Captain Marvel” (which happened in 2014). In his email, Perlmutter detailed the failure of women-led superhero films (such as “Elektra,” “Catwoman,” and “Supergirl”) in the past.

While the MCU might hold records for some of the biggest weekend openings, DC’s “Wonder Woman” (2017) made history by breaking from tradition for tent-pole superhero movies, with 52% of its weekend audiences filled by women. It broke records at the box office with ​​the biggest-ever U.S. opening weekend for a film directed by a woman (Patty Jenkins), surpassing several MCU debut movies such as “Captain America: The First Avenger” and “Thor: The Dark World.” Imagine how different comic book media would look today if more studios had filled women-led superhero films with substance. 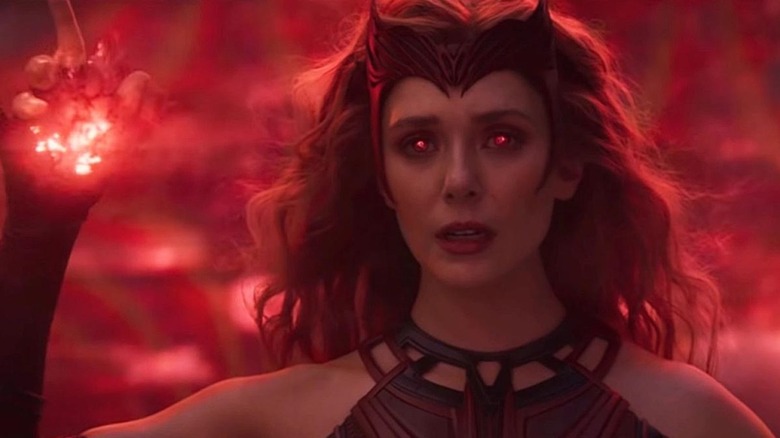 We need to give credit where credit is due, though — Phase 4 of the MCU takes a genuine approach toward change. Marvel Studios has hit the brake on its underuse of female superheroes and moved away from its male-dominated properties, giving women a prominent role to play and a platform for their stories to be heard.

A terrific example is “WandaVision,” perhaps the MCU’s best Disney+ production to date, which brings Wanda Maximoff’s grief and trauma to life, treating it with great sensitivity. Previously Wanda was treated like a child, her character arc falsely focused on female fragility (Wanda makes questionable decisions when she’s enraged, surprise, surprise!), which harshly undermined her true strengths. In “Avengers,” Wanda had little to no character development. They kept throwing conflicts at her as if to see how much emotional turmoil she could take. That hasn’t completely changed — she’s been in a stasis of pain since her debut in the MCU. But now, she has the freedom to explore it. “Doctor Strange in the Multiverse of Madness” pits Wanda as a villain against Doctor Strange, but she’s still not precisely a villain, though, you know? This character is motivated by grief and heartbreak; she’s on the precipice of becoming a full-blown villain because she falls into her darker tendencies. But she always pulls herself back from the edge. Wanda feels love. She also feels remorse. She feels too much. It’s both her superpower, and the thing that makes her particularly dangerous.

Wanda’s Not The Only One 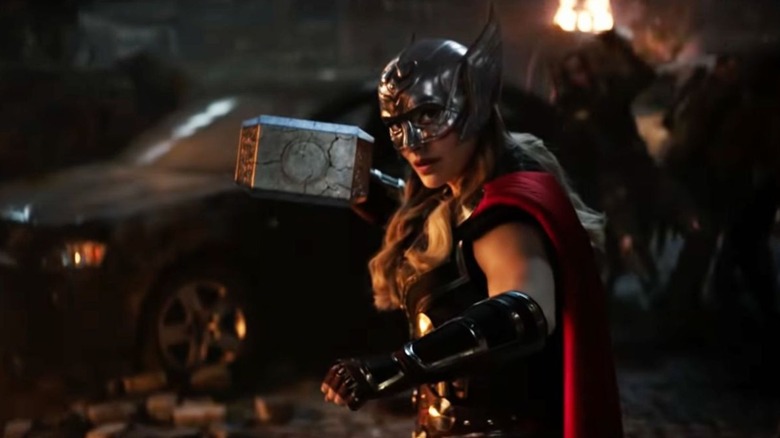 Then there’s Christine Palmer (Rachel McAdams). In “Doctor Strange,” she’s a mere colleague and an ex-lover of the Master of Mystic Arts, a character left unexplored because her story isn’t of value to the narrative. The sequel film changes that — it introduces a multiversal version of Christine Palmer, who is a scientist at The Illuminati. She is an expert researcher of multiversal travel, has been a fellow at prestigious science foundations for prodigies, and even uses the Brazier of Bom’Galiath (a badass magical relic) to shove off evil spirits.

Representation Will Never Cease To Matter 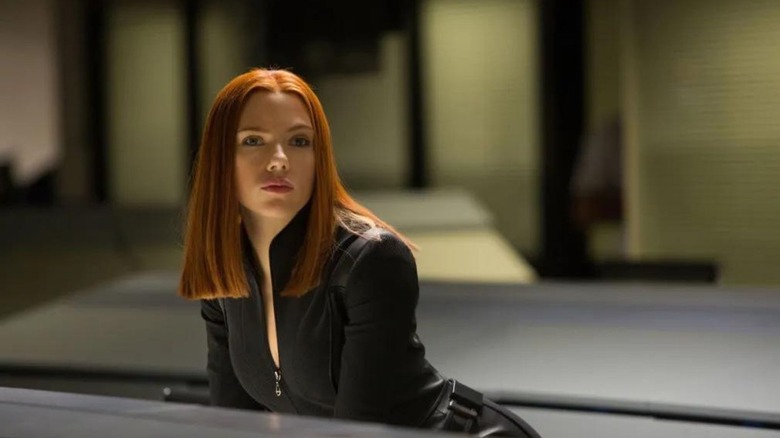 Marvel Studios is finally taking the necessary steps to portray women in superhero films properly. The fourth wave feminist movement isn’t being treated as a monolith; the studio’s female-centric productions appear to be their response to the lack of equality displayed in their otherwise male-dominated cinematic universe. The MCU profoundly impacts mainstream comic book culture, and we need to see more female characters — whether heroes or villains — but never one-dimensional love interests. Marvel has been working hard to make up for pushing aside its female characters, as evidenced in“Black Widow,” which finally allowed Natasha Romanoff to operate outside the male gaze. The superhero was integral to forming the Avengers. She is the first and most recognized female Avenger, too, featured in eight MCU films since her debut, but it took her 11 years to receive her solo movie.

Today, the MCU features several female characters in leading roles, and they reject heightened femininity, with narratives deviating from the traditional male gaze. Their determination, grit, and commitment to doing good take center stage. Moreover, these stories depict the courage and resilience that truly makes superheroes super, regardless of the gender of the hero wearing the cape, wielding a hammer or making use of a shield. In these stories, they’re both worthy. Marvel Studios spotlighting Jane Foster as Mighty Thor isn’t a callous attempt to draw female viewers to theaters — it’s an honest step toward changing their history of female marginalization in superhero movies. There is still a long way to go before the MCU’s women are genuinely liberated, but the work has begun. And that’s something worth looking forward to.

The post Marvel Seems to Be Making Up for Pushing Aside Certain Female Characters appeared first on /Film.

/Film – ‘Slash Film: Marvel Seems To Be Making Up For Pushing Aside Certain Female Characters’
Author: Fatemeh Mirjalili
Go to Source
May 7, 2022

5 of This Week’s Coolest Horror Collectibles Including ‘Chain Saw’ and ‘Friday the 13th’ Merch!