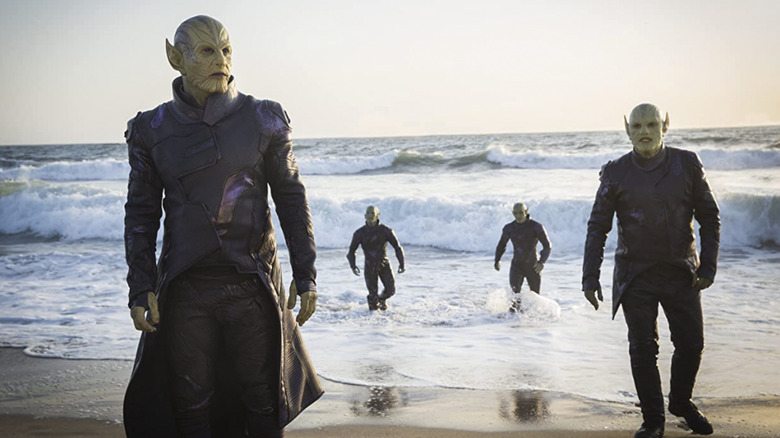 Marvel Studios’ next Disney+ series is underway. “Secret Invasion,” which centers on shapeshifting alien creatures called Skrulls infiltrating Earth, has begun production – at least, according to one of its biggest stars. Samuel L. Jackson, who will reprise his role as former S.H.I.E.L.D. director Nick Fury, shared a photo from the set today which indicates that cameras are actually rolling on the show, which was officially announced by producer Kevin Feige in December of last year.

When I spoke with “Shang-Chi and the Legend of the Ten Rings” producer Jonathan Schwartz in early September, he told me he was already in London working on “Secret Invasion,” a project that he teased will be “very cool” and have “a very different flavor for Marvel Studios.” 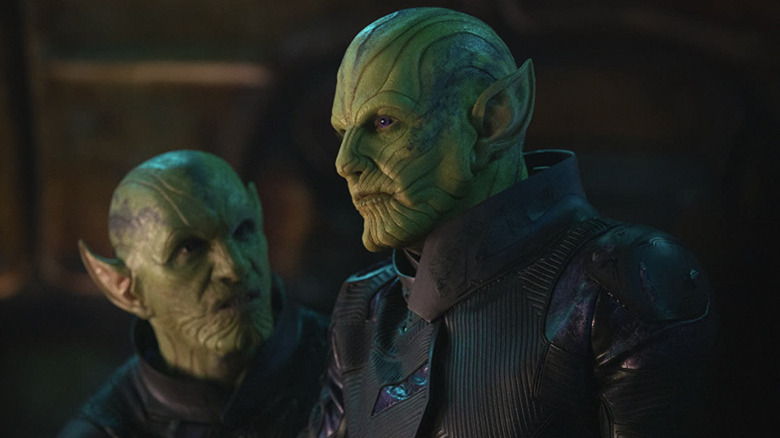 Jackson, who has played Nick Fury since the surprise post-credits scene in 2008’s original “Iron Man,” shared a new photo on Instagram of himself on the “Secret Invasion” set, and he’s wearing a shirt depicting Fury disappearing as a result of Thanos’s snap in “Avengers: Infinity War.”

“Time to get back in the groove,” Jackson’s caption reads. “Happy to be back on the attack!”

Rumors of a possible Nick Fury movie were making the rounds before Disney decided to expand its empire by branching out into the streaming realm, and now Fury will be one of the major players on this new series, which is loosely based on a popular comic book arc. Marvel’s official description says the series “showcases a faction of shapeshifting Skrulls who have been infiltrating Earth for years.” As we learned in “Captain Marvel,” though, the Skrulls are not a monolith: there are factions and sub-societies just like there are for humans. I’ll be curious to see how Ben Mendelsohn’s Skrull character Talos, who was a big part of “Captain Marvel” (and sneakily also a big part of “Spider-Man: Far From Home”) factors into the action here, since we know he’s coming back as well.

Jackson and Mendelsohn will be joined in the cast by some other huge names: Emilia Clarke (“Game of Thrones”), Olivia Colman (“The Crown”), Kingsley Ben-Adir (“One Night in Miami”), Killian Scott (“Love/Hate”), and Christopher McDonald (“Happy Gilmore”). Kyle Bradstreet (“Mr. Robot”) is the creator and head writer for the show, which will be directed by Thomas Bezucha (“Let Him Go”) and Ali Selim (“The Looming Tower”).

‘Slash Film: Gone Girl Ending Explained: She Wants You To Be Your Best’