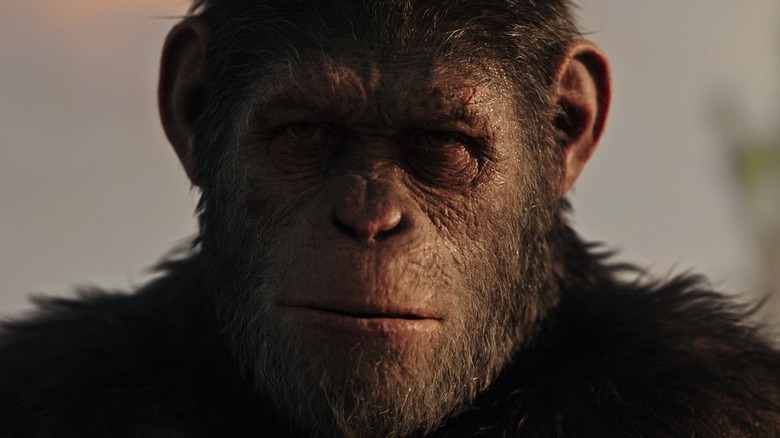 The grand conclusion of the modern retelling of “Planet of the Apes” that started with “Rise of the Planet of the Apes” required its filmmakers’ utmost dedication and effort to get it just right. Director Matt Reeves capped off the critically-acclaimed sci-fi trilogy with “War for the Planet of the Apes” in 2017, bringing an end to Caesar’s emotional and inspiring story in an epic fashion. It was a years-long journey told through breathtaking visual effects and state-of-the-art motion capture technology. It should come to no one’s surprise that the massive undertaking took the director day and night to perfect the execution of the vastly emotional story being told through the lens of digitally-created apes.

After directing the second installment of the trilogy, “Dawn of the Planet of the Apes,” Reeves looked to up the ante with a conclusion worthy of the title “War for the Planet of the Apes.” In doing so, he had to ensure every intricate detail of the live-action and motion capture performances was at the quality level the project required. The epic scope and scale of the narrative, especially with the sheer amount of characters involved, made Reeves put extra effort every day during the extraneous production.

A Heavy Price To Get It Right 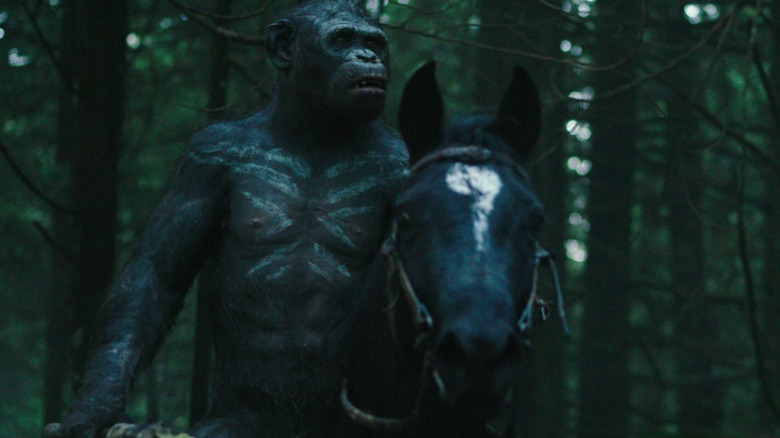 As with previous installments of the franchise, “War for the Planet of the Apes” featured a vast number of actors portraying apes utilizing motion capture technology. Their performances are then used to create entirely CGI characters, which requires extra attention to ensure every aspect matches the artists’ original intention. Moreover, the crux of the audience’s emotional connection with the bevy of digitally-created characters is the meticulous effort made to match the actors’ performance. Reeves talked to the Los Angeles Times about how much he had to work on the “Apes” finale on a day-to-day basis, revealing that the ambitious undertaking meant spending all of his time focusing strictly on the production.

“I basically made two movies. I’d spend the first half of the day editing the movie with actors walking around in their mo-cap suits. The second half of the day, we’d be communicating with Weta Digital in New Zealand until 1 in the morning to make sure the animation honored the emotions in the performance. We’d look at the lighting, the hair, the skin, the moisture simulation — does it look real? That was intense.“

The result of the hard work described by Reeves is one of the most emotionally resonating blockbuster films in recent memory. A sci-fi blockbuster that proves the use of ultra-realistic digital characters does not have to fall into the uncanny valley for audiences.

Creating Empathy Was The Key 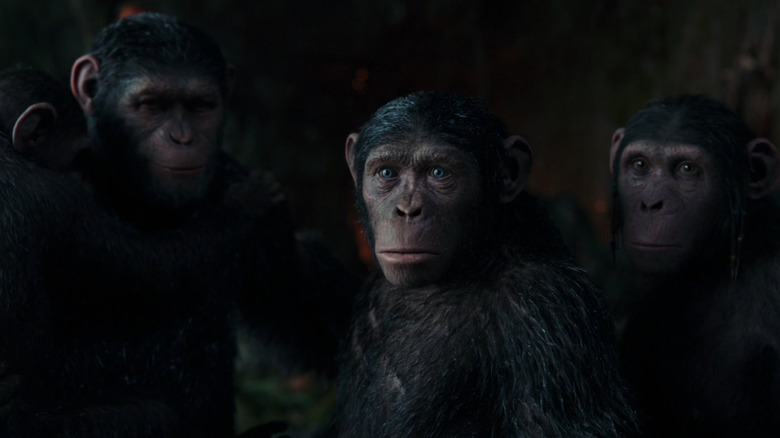 A unique and vital quality to the modern “Apes” trilogy is the seemingly effortless emotional stakes created for the creatures that inhabit every aspect of the narrative. In the same interview with the Los Angeles Times, Reeves emphasized the reason why it is so essential to make the apes sympathetic characters.

“We want audiences to emotionally identify with these creatures. As a storyteller, you want to provoke an audience to look at themselves by extending their sympathies to characters who are unlike themselves. It’s about creating empathy … that’s what cinema is all about.“

From Caesar’s own journey to becoming a leader and the graceless fall of Koba (Toby Kebbell) in “Dawn,” the perspective through which the narrative is told has changed since the very first “Planet of the Apes” films from the 70s. Reeves acknowledged this fact while speaking to IndieWire, pointing out how in “Rise,” the “most human character in that film was not a human, it was Caesar.” Although each film in the modern trilogy includes prominent human characters, the apes are the clear focus of the overarching narrative.

After taking over the franchise, basically starting from scratch with his own screenplay for the sequel, Reeves put his stamp on the acclaimed film series in more ways than one. The final product makes it clear that the filmmaker knows what it takes to create a major blockbuster built upon a solid foundation of fully-realized characters with meaningful emotional stakes.

The post Matt Reeves Put Two Movies Worth Of Work Into War For The Planet Of The Apes appeared first on /Film.

/Film – ‘Slash Film: Matt Reeves Put Two Movies Worth Of Work Into War For The Planet Of The Apes’
Author: Marcos Melendez
Go to Source
August 2, 2022

‘Slash Film: The Original Predator Design Was Ridiculous – Here’s How They Saved It’