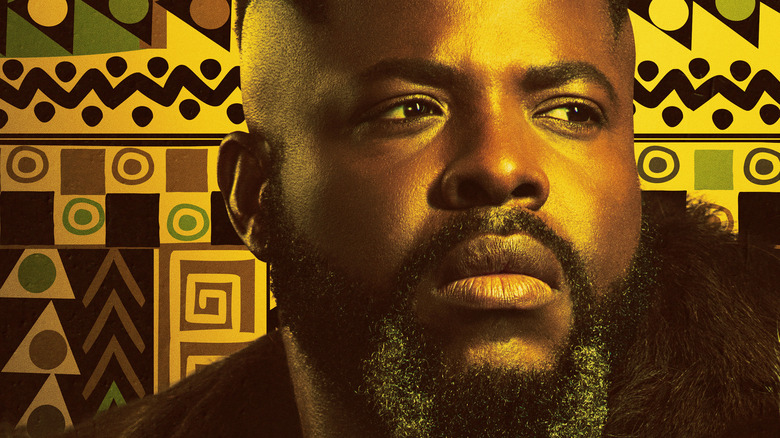 “Black Panther” had a strong supporting cast all around, but by far the breakout character of the movie was Winston Duke’s M’Baku, leader of Wakanda’s Jabari tribe. Unlike most of Wakanda’s people — who pay tribute to the panther god Bast, follow the leadership of the royal family, and hail the Black Panther as their protector — the Jabari worship the gorilla god Hanuman, and retreated from the rest of Wakandan society centuries ago to live under their own leadership.

The Jabari have a lot going for them: badass battle cries, furry armor, war paint, great views from their mountaintop locale, and a healthy vegetarian diet. But easily their greatest strength is their charismatic leader, who has been both a foil and an ally to the Black Panther, and is played by an actor who steals every scene he’s in.

On the strength of his “Black Panther” popularity, Winston Duke reportedly negotiated a “hefty raise” for his expanded role in “Black Panther: Wakanda Forever” — and it was money well-spent. The Jabari once again come to the aid of the Wakandan royals, but their alliance is not without friction. On Twitter, Duke said that “the intention for M’baku in this film is to serve as the vent for a pressure cooker,” and out of that goal came the “improvisational gem” casually hurled at Okoye (Danai Gurira) that had audiences in stitches: “You bald-headed demon!” 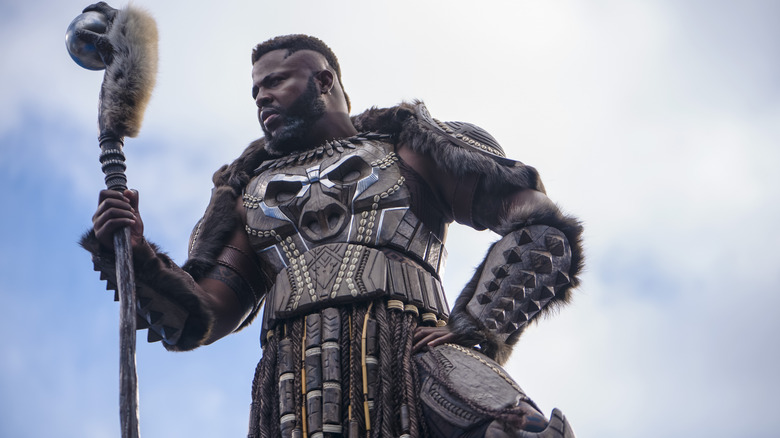 The “bald-headed demon” line comes within moments of M’Baku’s return in “Wakanda Forever,” and hot off the heels of him referring to Namor as “fish-man” (complete with air quotes). “Black Panther: Wakanda Forever” is a pressure cooker in many ways, not the least of which is the death of “Black Panther” star Chadwick Boseman, which hangs heavily over the sequel as it deals with the grief of T’Challa’s family and loved ones in the wake of his death. While typical Marvel Cinematic Universe-style comic relief quips might have felt crass and out of place amid the somber, Shakespearean tone of the film, M’Baku’s antagonistic irreverence and playground insults break the tension in a way that feels organic, and offers a welcome reprieve.

There’s more to M’Baku than just sick burns, though. “Black Panther: Wakanda Forever” sets him up for an even bigger role in “Black Panther 3,” and in the Marvel Cinematic Universe at large. While he may not enjoy the benefits of the Heart-Shaped Herb, M’Baku does wear armor and wield weapons made from vibranium-infused Jabari wood, which can “go toe-to-toe” with vibranium weapons, according to Duke. And being in peak physical condition, he’s easily as formidable as other non-powered superheroes in the MCU, like Black Widow, Shang-Chi and — of course — the bald-headed demon herself.