Earlier this year, the reported return of Michael Keaton as Batman in the upcoming solo movie for The Flash starring Ezra Miller seemed to still be in question. The lingering concern of COVID-19 and some potential scheduling issues had Tim Burton’s superhero franchise star still unsure about reprising his iconic role. Thankfully, everything worked out and Michael Keaton has returned as the Dark Knight, and The Flash director Andy Muschietti has teased a first look at the Caped Crusader’s new suit. 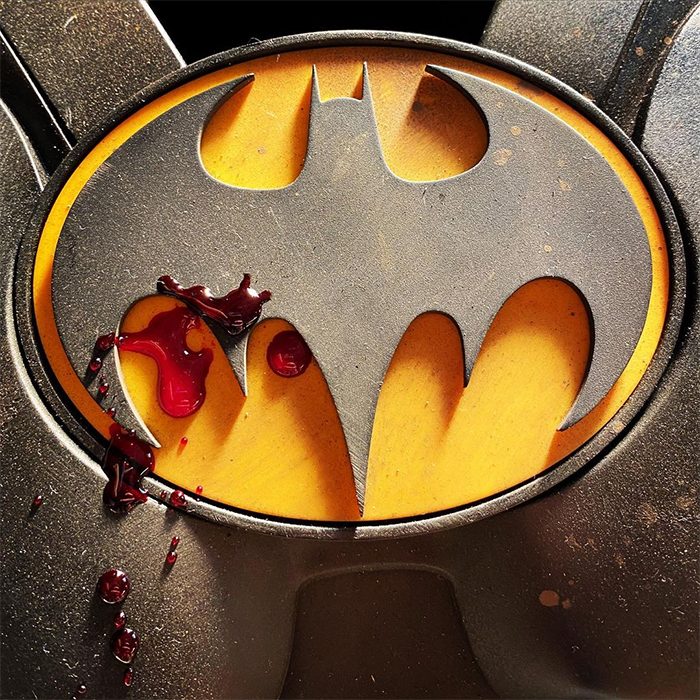 Director Andy Muschietti posted the photo above on Instagram. That little divot below the famous Batman symbol on his chest makes me think that this suit will look similar to the one Michael Keaton wore in Batman Returns. However, some details around the symbol are a little different. You normally wouldn’t be able to see that part of the suit because Batman’s cape would cover it up. You can see what I mean in the photo from Batman Returns below. 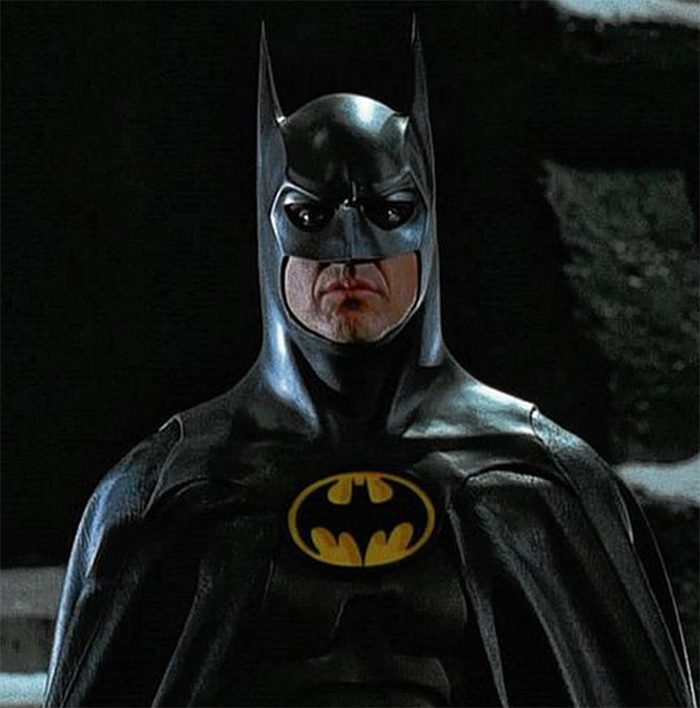 However, even if we removed the cape, it would seem that detail was not part of the original suit. Not long ago, a fan who won an auction for one of the original Batman Returns suits showed off some photos of his purchase, and the chest piece does not include those indentations above the Batman symbol.

It would make sense for Batman to have a new suit in the timeline after Batman Returns. The sequel already made some changes to the suit after the original Batman in 1989, updating the symbol on his chest. Plus, it’s pretty much a guarantee that a superhero gets a new suit in every sequel. That’s mostly so toy companies can make a new action figure to sell, but also because it helps evolve the character visually for the story. But also toys.

The most interesting detail in this photo is that little splatter of blood on the suit. Batman famously doesn’t kill people, but that doesn’t mean he won’t rough them up. But whose blood is that? Is there a chance Batman has become a little more brutal since we last saw him? Could the time traveling plot of The Flash change something in the past to make Batman more unhinged? Anything could have happened to Bruce Wayne during the years between Batman Returns and this movie.

But we’ll have to wait and see how we find Gotham’s protector when The Flash arrives in theaters on November 4, 2022.

After One-Armed Pull-Ups, The Marvels’ Brie Larson Reveals She Can Do One-Armed Push-Ups Too

‘Slash Film: ‘Love, Death and Robots’ Behind-the-Scenes Video Takes You Inside the Animation’