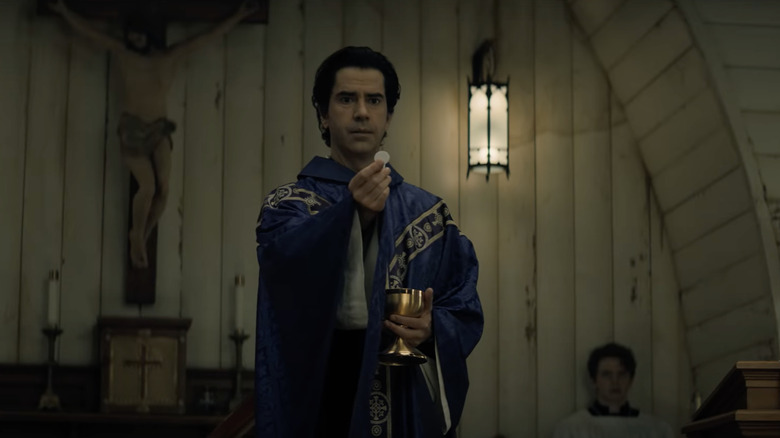 In recent years, director Mike Flanagan has emerged as the heir apparent to Frank Darabont, just in terms of his propensity for executing solid film adaptations of Stephen King stories. Though we won’t be seeing “Revival,” his third planned adaptation, he’s got two more under his belt already, and King is still keeping his eye on Flanagan’s other projects.

It’s possible we’ll see them team up again in the future, but in the meantime, there’s “Midnight Mass,” Flanagan’s upcoming Netflix series, which looks to the Bible as horror literature. King has already seen “Midnight Mass,” and he had some high praise for it, as you can see in the tweet below.

The answer: nothing at all, not if you’re the master of the macabre and you hold the power to save or condemn horror titles like a Roman emperor exercising his pollice verso thumb. “Midnight Mass” now has a thumbs up from King, his official social media stamp of approval, so keep that in mind when you’re weighing your many streaming entertainment options this month. The series offers a communion wafer (of evil?) to the viewer. Will you accept?

The Right Guy To Adapt King 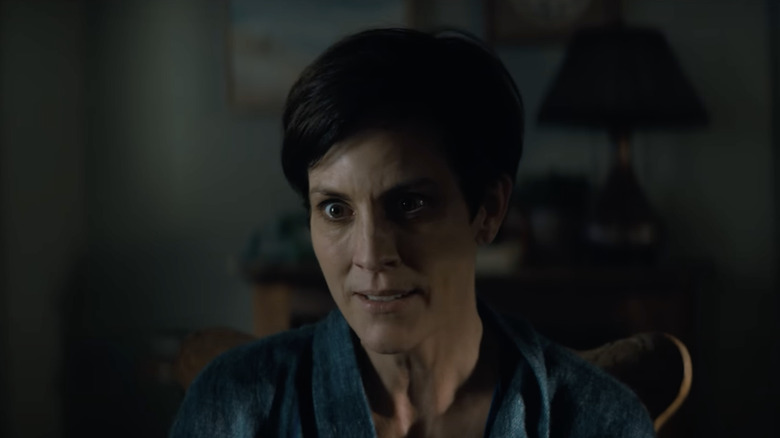 Stephen King adaptations can be hit-or-miss, but “Gerald’s Game” and “Doctor Sleep,” both directed by Flanagan, were generally well-regarded. “Gerald’s Game” came from a novel that was considered un-filmable since most of it revolves around a woman being handcuffed to a bed in a remote lake house with no other living characters around to provide dialogue or conflict (beyond, you know, the conflict of needing to extract oneself from those cuffs by whatever means necessary). Yet Flanagan was able to deliver something with his Netflix adaptation of “Gerald’s Game” that pleased both fans and King himself.

This may be why King entrusted “Doctor Sleep” to Flanagan. “Doctor Sleep” faced the daunting task of serving as a sequel to “The Shining,” both King’s 1977 novel and the 1980 Stanley Kubrick adaptation starring Jack Nicholson. Though “The Shining” is one of the greatest horror films of all time (just yesterday, we just revisited its ending), King was never a fan of Kubrick’s vision, which somewhat clashed with his own. “Doctor Sleep” made him retroactively appreciate the film more.

This week, I found myself doing the same thing with “Doctor Sleep” while randomly thinking about Rose the Hat, Rebecca Ferguson’s chilling vampire villain, who is not above shotgunning hits of children’s life energy with her True Knot pals. It made me want to rewatch the film, and I will definitely be watching “Midnight Mass” when it hits Netflix on September 24, 2021.

This little island, so sleepy it might be dead. The isolated community on Crockett Island experiences miraculous events – and frightening omens – following the arrival of a charismatic, mysterious young priest. An original series from Mike Flanagan come to Netflix on September 24th.

Read this next: Mike Flanagan’s Midnight Mass Is About How The Bible Is Really A Horror Story

Charlie Cox’s Answers To Those Spider-Man: No Way Home Questions About Daredevil Are Getting Shorter And Shorter

“I Want Chucky!”: 2-Minute Video Lets You Know What to Expect from the ‘Child’s Play’ Series