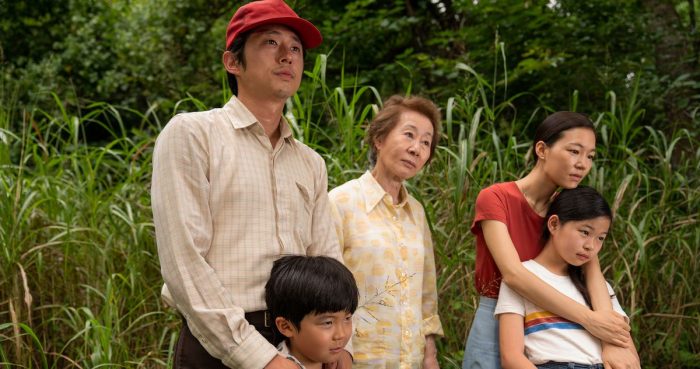 After the Golden Globes chose chaos yesterday, all eyes were on the SAG Awards, the next stop in the road to the Oscars, to right this unprecedented awards season. And in some cases they did — making sure nonwhite actors were represented in far more categories than the Globes, and paying tribute to critical darlings like Minari and Da 5 Bloods, the latter of which was completely snubbed by the Hollywood Foreign Press Association. But some of the choices made by the SAG nominating committee may have only thrown an already-messy awards season into further chaos.

While the Screen Actors Guild celebrated Minari‘s performers Steven Yeun and Yuh-Jung Young — who were not only overlooked by the Globes but had their film subjected to outdated and othering rules — the awards body still made one egregious snub: Delroy Lindo in Da 5 Bloods. Da 5 Bloods earned two nods — for ensemble cast and best supporting actor nod for Chadwick Boseman —but Lindo, whose riveting performance was easily one of the best of the year, remains left off the list in favor of Jared Leto in The Little Things. With Lindo getting his second snub in 26 hours, it doesn’t bode well for his chances at the Oscars.

Minari and Ma Rainey’s Black Bottom led the pack in SAG’s film nominees with three nods each. But despite SAG often being a great predictor for the Oscars, there is no clear frontrunner. SAG, for example, left David Fincher’s Mank — the most-nominated film at the Globes — completely out of the marquee category, ensemble cast, and supporting actress category, overlooking presumed favorite Amanda Seyfried. While SAG continued to show love for Aaron Sorkin’s Trial of the Chicago 7 (which is natural, considering it’s the most actor-y of movies), the guild also only gave one nod each to Nomadland and Sound of Metal (completely snubbing the film’s phenomenal supporting player Paul Raci).

Meanwhile, The Crown continues to dominate the TV side this awards season alongside critical favorite Schitt’s Creek. SAG did make up for the Globes’ mistake by paying proper credit to Better Call Saul and the diverse casts of Bridgerton and I May Destroy You.

Here is the full list of 2021 SAG Awards nominees (via IndieWire).

The post ‘Minari’ and ‘Ma Rainey’s Black Bottom’ Tie for Most 2021 SAG Awards Nominations, ‘The Crown’ Rules the TV Side appeared first on /Film.