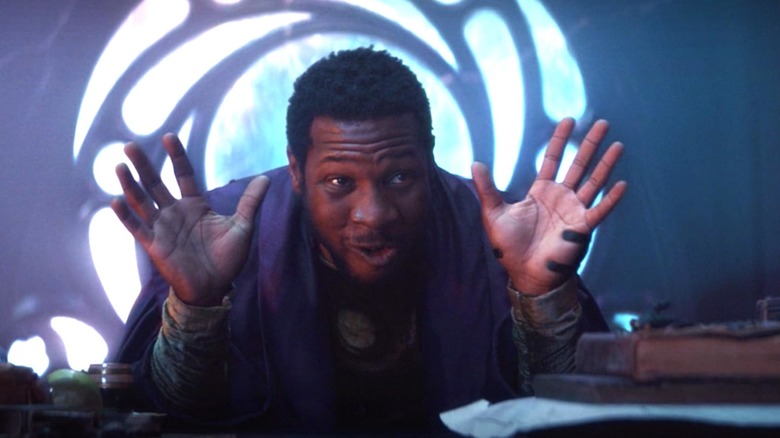 “Moon Knight” has completed its run, though there is no way (I have no confirmation for this other than my story sense) that this is the last we’ll see of Marc Spector/Steven Grant/Jake Lockley. There are spoilers ahead for the show, so be warned.

There were Easter eggs in the Disney+ series, but one of them could have been about Kang the Conqueror, played by Jonathan Majors in the “Loki” series. Of course, the “Loki” version was He Who Remains, but we know that Kang will likely be a big bad going forward, at least in “Ant-Man and the Wasp: Quantumania.”

If you didn’t watch “Loki,” here’s what happened in a nutshell for you. The Time Variance Authority, which pruned timelines that might get out of hand, was started by Kang, who was trying to protect the world from his other variants, who were not-so-nice. In the comics, one of his variants is Nathaniel Richards (descendant of Reed Richards, leader of the Fantastic Four who you may have seen mentioned on social media in the last few days for spoiler reasons). He’s a time traveler from the 30th-century on Earth-6311. He travels to Earth-616 (the main timeline of the MCU, which is something we just learned in “Doctor Strange in the Multiverse of Madness“) and becomes a Pharaoh in ancient Egypt named Rama-Tut. And at one point, a mention of that character almost ended up on “Moon Knight.”

We May Have Seen A Reference To Rama-Tut Anyway 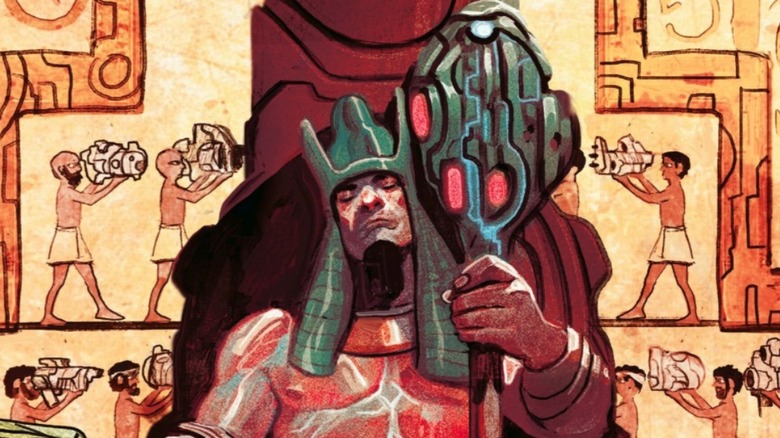 In an interview with The Direct, head writer for “Moon Knight” Jeremy Slater mentions a nod to Rama-Tut that was supposed to be in the show. Slater says:

“There was a line in the script, and I don’t know if it survived. I can’t remember. But there was a line where, I think Steven, is sort of rattling off some Egyptian history that he has locked away in his brain, and he did mention Rama-Tut. I don’t remember if that scene, if that line is still in the show or not. But it was that small, it was him mentioning a list of famous pharaohs or something like that. But that was Nick Pepin, one of our executives at Marvel, that was his idea to sort of slip that in there as a fun Easter egg.”

It didn’t make it in if my memory of several viewings is correct. However, we did get a tiny nod to Rama-Tut, who was the first version of Kang in the comics. In the third episode of “Moon Knight,” there is a visual clue that might be a Rama-Tut moment. One of the young men fighting Marc/Steven/Jake on the rooftop in Egypt is wearing a denim jacket with a symbol on the back. (via Men’s Health and also mentioned in the interview article). It was picked up by TikTok user @perfect.dodge.

The symbol on the back of the jacket shows what appears to be the headdress and false beard of Rama-Tut. I definitely didn’t catch it while watching the series, but it’s cool that it’s there. I always love when things that are cut out of the script don’t always get noticed in things like costumes or props or toys. Either way, it’s a really fun reference to the character’s comic history.

The post Moon Knight Almost Included a Reference to Kang the Conqueror appeared first on /Film.

‘Slash Film: Hulu Has Canceled M.O.D.O.K. After Its First Season’