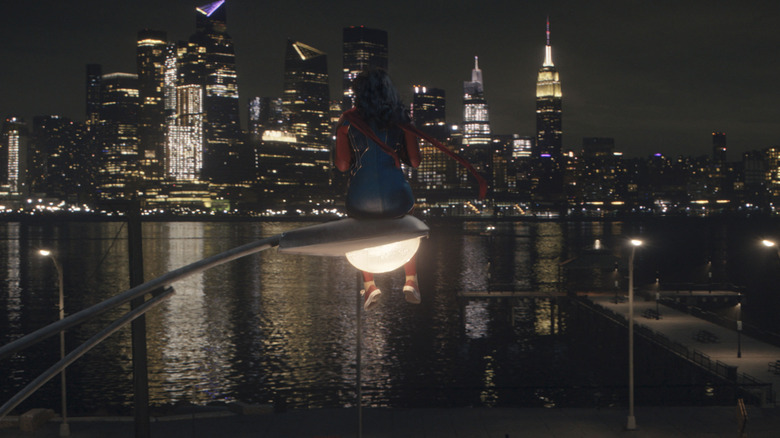 For as much as big-name film directors get the spotlight, the most successful television directors around have quietly established themselves as the jack-of-all-trades of the industry. Oftentimes working on just one or two episodes of a given show before moving on to the next one, the entire process exercises vastly different storytelling muscles than what their big-screen counterparts may be used to. It takes a special talent to quickly adapt on the fly to the overall style and structure of a given series, melding one’s own unique strengths to the narrative demands of a particular story … only to briskly move on to whichever project is next.

This is exactly why I was so interested to talk to “Ms. Marvel” director Meera Menon over Zoom recently, having helmed episodes 2 and 3 of the series. One quick look at the Indian-American television director’s IMDb page tells the story, showing off a whole assortment of projects ranging from a handful of episodes of “For All Mankind” to collaborations on “Outlander,” “You,” “The Walking Dead,” “Punisher,” “Halt and Catch Fire,” and many more.

Specifically, her episode of “GLOW” caught my eye with the way it took the show-within-a-show approach in depicting the actual “Gorgeous Ladies of Wrestling” show that the wrestler characters had been filming within the storyline to that point. The spiritual similarities between her episodes of both “GLOW” and “Ms. Marvel” immediately jumped out to me — one show diving deep into the operatic stylings of 1980s wrestlers, the other fully embracing the superhero trappings of a teenage girl and her wild imagination that makes the series feel like a comic book come to life.

‘It Felt Like We Were Part Of The Beginning Of Something’ 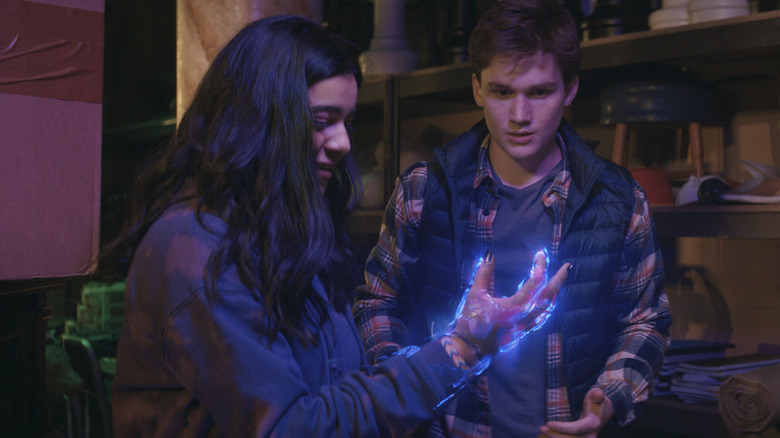 You’ve had such a wide-ranging, varied career to this point. To your knowledge, was there any one thing in particular that landed you on Marvel’s radar to direct episodes of “Ms. Marvel?”

I don’t think it was any one thing in particular. I think it was just the body of work. Yeah. I had been hustling around doing all kinds of things for a while [laughs].

From the outside looking in, over the years, I’m sure you heard through the grapevine how it was to work with Marvel. How did you personally find the experience with a big production like “Ms. Marvel?” Was it similar or different from what your expectations were going in?

I actually just revisited the season 2 episode of “GLOW” which you directed. It has the melodrama, the musical numbers, and obviously the actual wrestling on top of it all. Did you feel like that, in a weird way, helped prepare you for “Ms. Marvel” and for this episode specifically with all the little stylistic flourishes?

Like, the meta nature of that episode and the meta nature of Kamala Khan being the biggest fan of [laughs] Marvel in the Avengers? Perhaps. I mean, I certainly think “GLOW” is one of the best written comedies of the past few years and getting to work with those actors and those writers … everything, every experience I have gives me something, and I learned so much from it. And that show was particularly educational in terms of the level of comedy writing that I was engaging with. Those guys are some of the best, really. 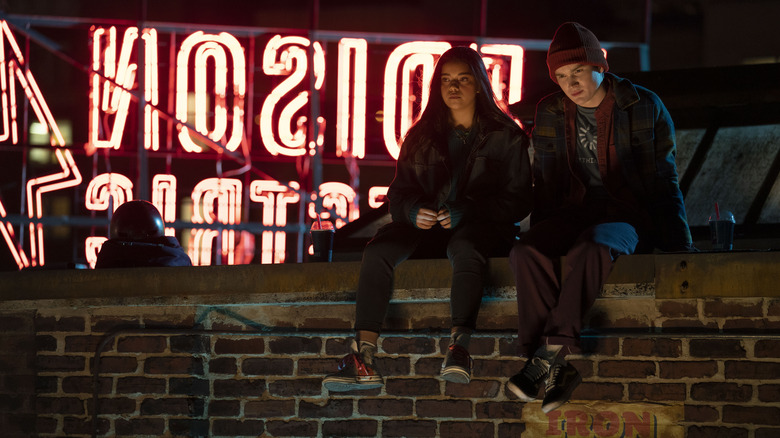 Now, how fun were your episodes on “Ms. Marvel” to shoot with all of that going on, from your point of view?

It was a lot of fun. I mean, I shot episode 2 and 3 and these episodes are so massive. They felt like movies. It definitely felt like a feature film shoot. The amount of time we were shooting and the breadth of material that we were shooting, we would go from really intense action sequences to just scenes in a high school cafeteria with kids gossiping about who the new cute guy is. That pendulum swing between the ordinary and the extraordinary was an everyday kind of thing on this show. And that was really fun. It was a really fun roller coaster to be on [laughs].

That was actually going to be my next question: What do you prefer? The big action sequences, or the dialogue-heavy sequences where you kind of have to find a way to make them all interesting in different ways?

Yeah, in an ideal world for me, there’s both. And I think you need both. I think you need those dialogue-heavy, character-driven, really quieter scenes to get to know people, to be invited into the warmth of their private space. I’m thinking of the dinner table scene in episode 2 with the Khan family and when we meet Taisha for the first time in a real way. That kind of scene is so important in order for the audience to feel intimately connected and involved in the lives of these characters. So that when the stakes are life-and-death and Kamala’s running for her life across the rooftops of Jersey City, you care, right? So to me, you need both — it’s not just a matter of preferring one or the other. I think the perfect formula for storytelling is having both. 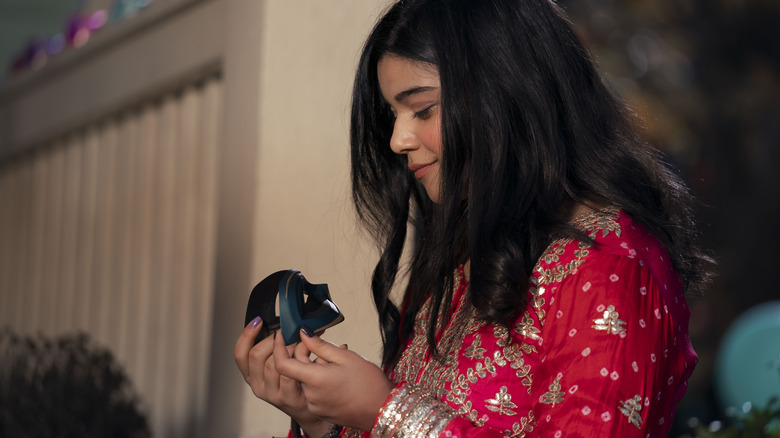 Episode 2 in particular has all these great needle drops. How much of it was your input? Was it already there in the script? How did that come about?

Some of it was my input. Some of it was, I mean, it was such a collaborative thing. Sana Amanat, the executive producer and co-creator of the comics, really held the story in her hands from the very beginning. She had a huge impact on the musical direction of the show. I think her taste level is really where the musical direction of the show came from. And then we all threw in our ideas, certainly, here and there. The M.I.A. drop is obviously one that’s near and dear to my heart. There’s so many good things. The Ronettes number that Iman [Vellani] dances to comes straight from Iman’s personal Kamala Spotify playlist [laughs]. So it was very collaborative.

I wanted to ask you about the use of color and lighting in this episode, matching the tones and the mood that Kamala is going through. How great was it to play around with that, from your end?

Yeah, I mean, so much of it was the production designer, Chris Glass, and the visual effects department really contributed a lot to the vivid language of the show with the animation and all that stuff. You know, I think there was a real desire to reflect Kamala’s point of view in an authentic way as a young 16-year-old teenage girl with a bright, imaginative mind. I think the show’s color space and texture really is drawn from her spirit. And then in terms of lighting, I mean, certainly, yeah, we wanted it to feel bright and beautiful, just really kind of sumptuous for the eye. And then there were moments that, especially in episode 2, and as the series goes down the line, get a bit darker and get a bit moodier and we were cognizant of those moments in a different way.

New episodes of “Ms. Marvel” premiere on Disney+ on Wednesdays.

Read this next: The 11 Coolest Easter Eggs In The Batman

‘KinoCheck : The Office Intro But It’s The MINIONS’