Lupin was the first surprise streaming hit of 2021, with its first five slick, super-fun episodes taking Netflix by storm. The crime caper series starring Omar Sy became the first French series to make the streamer’s U.S. Top 10. But because of Netflix’s weird release strategy (splitting up shows by “Parts” instead of seasons), we’re left to wait to find out what happens next to Sy’s master thief Assane Diop. And thankfully the wait won’t be too long, with Lupin Part 2 set to hit Netflix this summer.

Netflix announced that Part 2 of the French crime thriller series Lupin will debut on the streaming service in Summer 2021. The five new episodes will be directed by Ludovic Bernard (The Climb), who directs episodes 6 and 7, and Hugo Gélin (Love at second sight), who takes on episodes 8, 9, and 10.

Sy is set to reprise his role as Assane Diop, a master criminal driven to a life of thievery to get revenge on the people who framed his Senegalese immigrant father for a crime he didn’t commit. Naturally, he bases his heists on the exploits of the fictional gentleman thief Arsène Lupin. Also starring in Part 2 are Hervé Pierre, Nicole Garcia, Clotilde Hesme, Ludivine Sagnier, Antoine Gouy, Shirine Boutella,Soufiane Guerrab.

I’m a fan of Lupin hiring notable French filmmakers to direct the episodes — the Transporter director Louis Leterrier helmed the first three episodes of the series — as it helps Lupin maintain its sense of style and panache. I tore through the first five episodes of Lupin, which is a wonderfully frothy little caper that finally gave star Omar Sy his due, after years of the The Intouchables breakout being wasted by Hollywood in forgettable supporting roles. The actual heists are a ton of fun too, and it’s exciting to see what kind of twisty escapades they have in store for us in Part 2.

Created by George Kay in collaboration with François Uzan and produced by Gaumont Télévision, Lupin is the latest international hit to come from Netflix, which has been aggressively expanding its global outreach, often resulting in lots of foreign-language gems getting buried in the algorithm. Lupin, thankfully, did not suffer that fate, and is deservedly getting a lot of attention after becoming the first French series to break into the U.S. Top 10 list (taking No. 1 in at least 10 countries, per Netflix).

There’s no concrete release date yet for the next part, but check out the teaser art for Lupin Part 2 below. 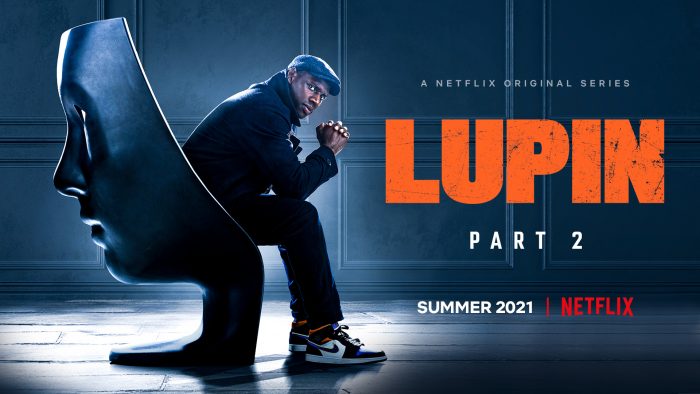