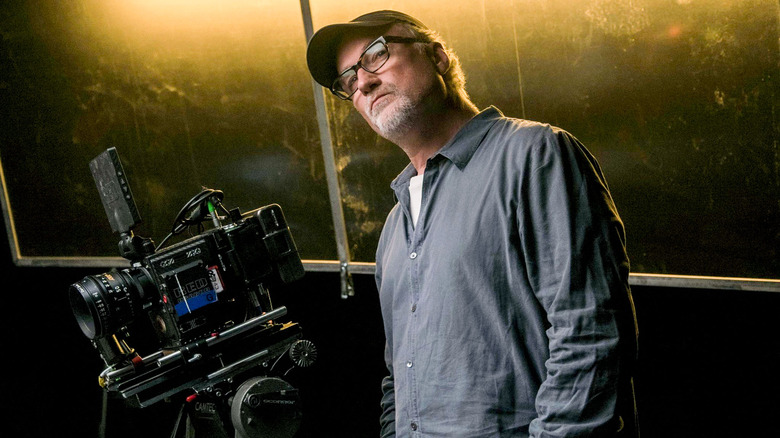 Well, that’s one way to blow up social media. Netflix — using its @NetflixFilm account — posted a cryptic message to Twitter this morning: “Something special is coming tomorrow from David Fincher…”

What could it be? The prolific director has already churned out bangers for the streaming service as an executive producer and director on “House of Cards,” and as the creator of the breakout hit series “Mindhunter,” which entered into purgatory before it could produce a widely clamored-for third season. The hiatus enabled the “Seven” director to get to work on a whole other project, “Mank,” which won two of the ten Oscars it was nominated for that year. Prior to the Herman J. Mankiewicz biopic, Fincher signed a four-year deal with Netflix, citing creative restlessness in an interview with Premiere (via The Playlist):

“Now [because] I signed this Netflix deal it’s also because I’d like to work like Picasso painted, to try very different things, to try to break the shape or change the operating mode. I like the idea of having a body of work. And yes, I admit that it feels strange, after forty years in this profession, to only have ten films under my belt. Well, eleven, but ten that I can say are mine. Yes, objectively, it is a pretty terrifying observation.” 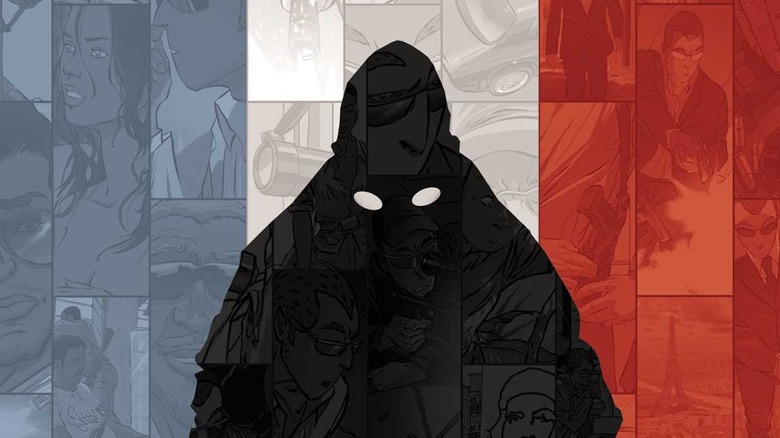 The frontrunner for the next Fincher project — one he’s been clawing for since 2007, the ancient year of Obama Girl, Britney’s shaved head, and the debut of “Mad Men” — is “The Killer,” which has “Seven” writer Andrew Kevin Walker attached to pen the adapted screenplay from Alexis Nolent (pen name Matz) and artist Luc Jacamon’s graphic novel about an assassin with no name. The upcoming Netflix movie will star Michael Fassbender, and The Playlist reports that Tilda Swinton has also signed on for an unknown role.

Both leads are thought to have contributed to the pushed shooting schedule, which was originally supposed to happen in the fall; Swinton is currently shooting the new Wes Anderson joint, “Asteroid City,” while Fassbender’s zealous racing schedule might conflict with production — he recently ran the 2021 European Le Mans. When the Paris shooting does get underway, Fincher will have Oscar-winning “Mank” cinematographer Erik Messerschmidt behind the lens once more.

We could also get a curveball in the form of a “Mindhunter” continuation. The crime thriller series was created by Joe Penhall and based on the 1995 book “Mindhunter: Inside the FBI’s Elite Serial Crime Unit” written by John E. Douglas and Mark Olshaker; Fincher served as executive producer and showrunner. The show was simply too expensive to maintain, according to Fincher himself, hence the indefinite hold after season 2 and the contractual release of the cast. But maybe there’s some wiggle room in the budget to bring the series to a coda in a feature — something akin to “El Camino: A Breaking Bad Movie.”

Perhaps we’ll get a dramatized wrap-up to the BTK wraparound plot; seeing the… well, “progression” seems like a gauche word to use for the arc of the Bind, Torture, Kill strangler (played to perfection by Sonny Valicenti) but the serial killer’s screentime was massively compelling as a bookend to each of the “Mindhunter” episodes. We know how it ended historically, but I wouldn’t mind seeing the good Fincher treatment on BTK and that sweet, sweet Heroic Condensed font for the title cards.

While you ruminate, I’ll still hold out hope for “Mindhunter” season 3.

The post Netflix is Teasing Some Kind of Mysterious David Fincher Announcement appeared first on /Film.

‘Slash Film: Keanu Reeves Says John Wick 4 Will ‘Open Up The World’ While Teasing Some Of The Stunts’

‘Slash Film: Redbox Won’t Go Down Without A Fight, Teams With Lionsgate For Original Content’