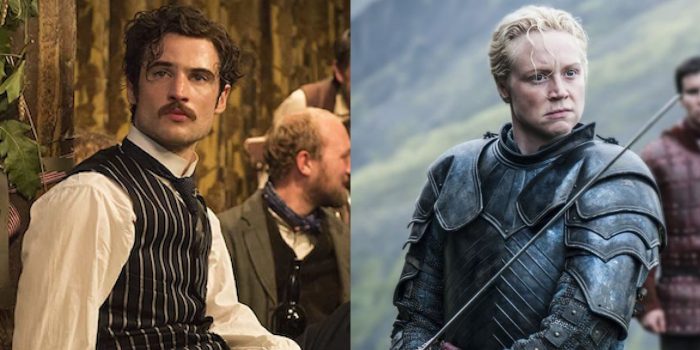 Netflix has announced quite the dream cast for its TV series adaptation of Neil Gaiman’s seminal comic series The Sandman. Led by Tom Sturridge, who will be playing Morpheus, the anthropomorphic personification of Dream, the Sandman cast includes Gwendoline Christie as Lucifer, Boyd Holbrook as the villainous Corinthian, Charles Dance as Rodrick Burgess, and more.

Netflix has set the lead cast for The Sandman TV series, announcing that Tom Sturridge will play Dream, ” Lord of the Dreaming,”; Gwendoline Christie will play Lucifer, “Ruler of Hell”; Vivienne Acheampong will play Lucienne, “chief librarian and trusted guardian of Dream’s realm”; Boyd Holbrook is the Corinthian, “an escaped nightmare who wishes to taste all that the world has in store”; Charles Dance is Rodrick Burgess, a “charlatan, blackmailer and magician”; while lastly, Sanjeem Bhaskar and Asim Chaudhry are set to play Cain and Abel, respectively, the “first victim” and “first predator” who reside in the Dream Realm.

The Sandman is “a new dark fantasy Netflix series based on the comic book series created for DC by Neil Gaiman,” the Netflix UK Twitter announced before revealing the cast in the tweet below.

THE SANDMAN – a new dark fantasy Netflix series based on the comic book series created for DC by Neil Gaiman. Starring: all of these great people… pic.twitter.com/h9CamoNjl2

The excitement of a Game of Thrones reunion between Christie and Dance (who likely won’t be sharing the screen, as their characters never cross paths in the comics) aside, the casting of Christie as Lucifer is inspired. It’s the kind of gender-bent casting that’s popular in fantasy adaptations lately, but Christie strikes such an ethereal figure that it reminds me of the casting of Tilda Swinton as Gabriel in Constantine, with the show likely playing into Christie’s androgynous looks in a way befitting the ruler of Hell.

We had already reported on the casting of Sturridge as Dream, a somewhat left-field piece of casting that may work in favor of the show (putting a relative unknown in the role may actually be the best route for the character), but the casting of Holbrook as the Corinthian is a bit of a surprise, considering reports that the streamer had been circling two different actors. But Holbrook, who has worked with Netflix before on Narcos and We Can Be Heroes, has the kind of uncanny leading man looks that would make the terrifying villain even more sinister.

Gaiman, who is executive producing the series and has been its biggest cheerleader, released a statement praising the newly announced cast:

“For the last 33 years, the Sandman characters have breathed and walked around and talked in my head. I’m unbelievably happy that now, finally, they get to step out of my head and into reality. I can’t wait until the people out there get to see what we’ve been seeing as Dream and the rest of them take flesh, and the flesh belongs to some of the finest actors out there. This is astonishing, and I’m so grateful to the actors and to all of ‘The Sandman’ collaborators — Netflix, Warner Bros., DC, to Allan Heinberg and David Goyer, and the legions of crafters and geniuses on the show — for making the wildest of all my dreams into reality.”

The author and active Twitter user also went into detail on his thoughts about each of the actors in the ensemble, praising Sturridge as “perfect for the role,” praising the casting of Christie as Lucifer as “a delight,” and teasing that “it’s something about the eyes” in Holbrook’s casting as the Corinthian (a reference to the freaky design of the Corinthian’s eyes). Check out Gaiman’s Twitter to see what else he has to say about the entire cast.

Netflix has already given an 11-episode order to the fantasy drama, which comes from Warner Bros. TV. Gaiman is executive producing with David S. Goyer (Batman Begins) and writer/showrunner Allan Heinberg (Wonder Woman).

Here is Netflix’s official synopsis for The Sandman:

A rich blend of modern myth and dark fantasy in which contemporary fiction, historical drama, and legend are seamlessly interwoven, ‘The Sandman’ follows the people and places affected by Morpheus, the Dream King, as he mends the cosmic — and human — mistakes he’s made during his vast existence.

JoBlo: ASSEMBLED: THE MAKING OF THE FALCON AND THE WINTER SOLDIER Official Trailer (2021) Anthony Mackie