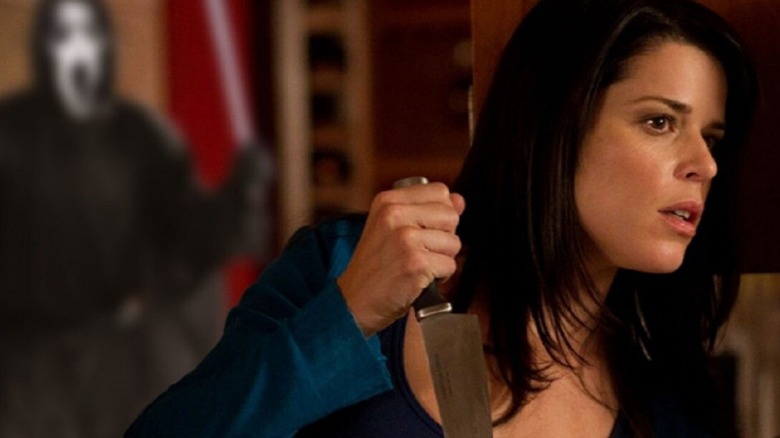 Neve Campbell’s Sidney Prescott is first and foremost a survivor. After living through four movies full of murder sprees, the scream queen at the center of the “Scream” franchise knows her way out of a bad situation. Does she tend to walk away pretty roughed up and with a stab wound or two? Perhaps. But that’s just the cost of existing in a horror movie. Despite the recurring threats to her life, Sidney time and time again proves herself to be an absolute badass. And it clearly takes one to know one — because it turns out that the actress leading the blood-soaked franchise is just as fearless as the character she plays.

While Neve Campbell hasn’t been chased through a house by a masked-up, knife-wielding maniac (except on set, of course) she has sprinted away from a life-threatening situation or two. This week she recounted one such event during an appearance on “The Kelly Clarkson Show.” As she very calmly tells an obviously freaked-out Kelly, she was once dragged through the forest by a bear.

Sidney Prescott Vs A Bear With A Sugar Rush 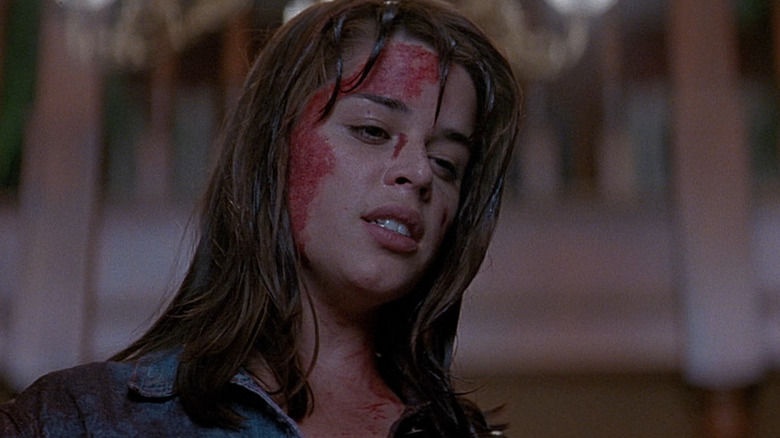 If you ever doubted Neve Campbell’s general badassery, prepare to eat your words as she casually tells a story that would haunt most people for life. As all great stories do, this one (via Variety) begins with feeding a bear some soda:

“I was playing this role where she’s ‘one with the animals’ and there was a scene where I was getting chased by a bear. They brought this bear on set and they first gave me this big bottle of Coke to feed it. [After feeding it], they said dip your hand in honey and just run. And when you get to the tree over there, turn your hand out and feed the bear.”

Obviously, nothing good will come of this. Unless the bear in question were Pooh or Paddington, most people would have their reservations about playing out a chase scene with a grizzly scene-partner with their only protection being a handful of honey. But 17-year old Neve Campbell didn’t think twice. She went on to say:

“I dipped my hand in honey and I run to this rock, and I turn around and I put my hand out and the bear is not slowing down and he’s not coming for my hand. He grabs me by the leg and he pulls me through the forest. My mother was visiting set and she’s screaming. The whole crew is frozen because nobody can believe what’s happening. All I can think to say is, ‘He’s biting me,’ like it’s not obvious.”

Campbell detailed her eventual rescue, which started with the production’s bear wrangler “throwing rocks” at the bear to distract it. Once free, Campbell climbed a rock to safety and thankfully, had no life-threatening injuries from the incident. Now, the logical assumption for how this production day wrapped up is that they abandoned the bear chase completely and figured out how to add it in post. Right? Right?! But this is Neve Campbell we’re talking about — Sidney Prescott herself, resident Ghostface survivor, and classic BAMF. So when the crew promised not to try again, she told them, “No! That was rehearsal, we didn’t get it on camera. Let’s do it!”

The bear attack took place several years before she would become a Hollywood breakout star from “Party of Five,” and back-to-back horror flicks, “Scream” and “The Craft.” With the bear attack now many years behind her, Neve Campbell is busy making her return to Woodsboro with the latest addition to the “Scream” franchise. The fifth film takes place 25 years after the murder streak that started it all, following a new group of teenagers haunted by a new Ghostface killer. Sidney Prescott makes her grand return to the town to — I assume — show off her badass skills and save the day.

Read this next: The 15 Best ’90s Horror Movies Ranked

The post Neve Campbell Calmly Discusses That Time She Was Attacked By A Bear On Set appeared first on /Film.

‘Slash Film: Under The Radar: The Most Underrated Movies, Performances, And Moments Of 2021’