Marvel’s Black Widow could be the next big blockbuster to change release dates yet again due to the coronavirus pandemic. Though there hasn’t been an official announcement, but industry rumblings indicate the Marvel Studios movie will delay the theatrical release currently slated for early November. But in the meantime, the marketing machine saunters on with new Black Widow photos of Scarlett Johansson and Florence Pugh surfacing online. 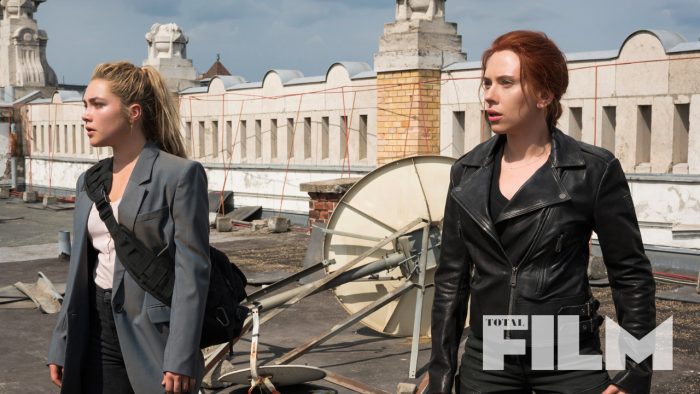 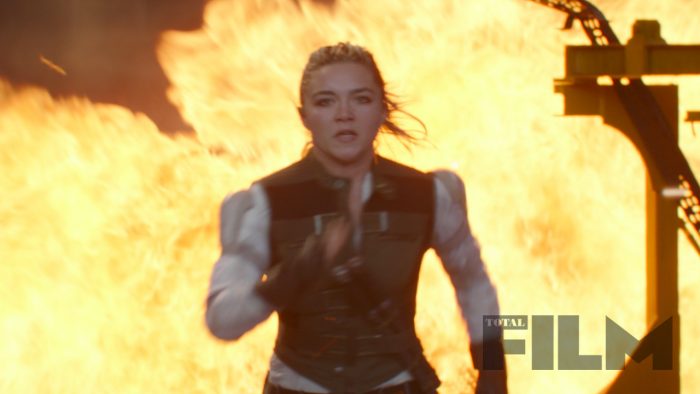 Scarlett Johansson returns as Natasha Romanoff, the assassin-turned-SHIELD-agent-turned-Avenger, and Florence Pugh is playing her adoptive sister Yelena. In one shot (via Total Film), Pugh looks to be running as fast as she can from an explosion behind her. In another photo, she’s standing with Johansson, and both look rather concerned at whatever is happening off-screen, presumably some bad guys that need bruising. 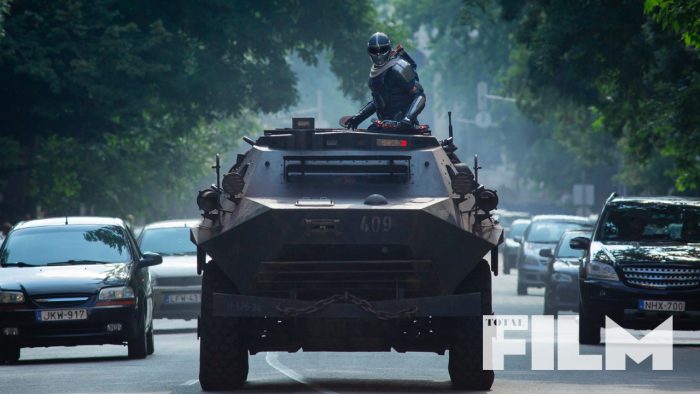 Speaking of bad guys, there’s also a new shot of Taskmaster up there. In addition to studying the fighting styles of the Avengers over the years so he can expertly mimic them in combat, it appears he also has some artillery to help him in his nefarious plans.

In addition to Johansson and Pugh, the Black Widow cast includes David Harbour, Rachel Weisz, O-T Fagbenle, and William Hurt. The Marvel movie is directed by Cate Shortland. As previously mentioned, Black Widow is the first movie in the MCU’s Phase 4. Chloé Zhao‘s Eternals will be next, followed by Shang-Chi and the Legend of the Ten Rings, Thor: Love and Thunder, and Doctor Strange: in the Multiverse of Madness, all spread out over the next two years.

Directed by Cate Shortland and produced by Kevin Feige, Marvel’s Black Widow is currently scheduled to hit theaters on November 6, 2020 after being delayed by the coronavirus pandemic. The entire Marvel Studios release schedule was shifted due to the new release date, and you can get the full new release calendar right here. But with rumblings of Black Widow potentially changing release dates again, the schedule could change even more. Stay tuned.

In Marvel Studios’ action-packed spy thriller “Black Widow,” Natasha Romanoff aka Black Widow confronts the darker parts of her ledger when a dangerous conspiracy with ties to her past arises. Pursued by a force that will stop at nothing to bring her down, Natasha must deal with her history as a spy and the broken relationships left in her wake long before she became an Avenger.

Responsibility is not inherited, it is a choice that everyone needs to make at some point in their life.