Hasbro PulseCon is returning this year to reveal a bunch of new toys and collectibles from Star Wars, Marvel, Transformers, Power Rangers, G.I. Joe, and more. Though we’re not sure what the toy makers will be revealing during the virtual event, they’ve already shown off a batch of Star Wars Hasbro PulseCon 2021 exclusives, such as the debut of The Mandalorian executive producer Dave Filoni action figure in the form of X-wing pilot Trapper Wolf. But that’s not all. 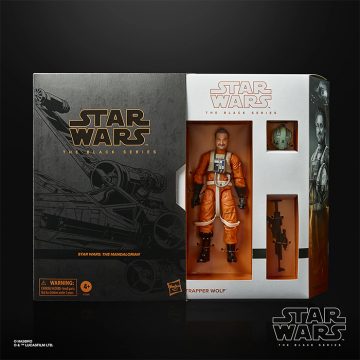 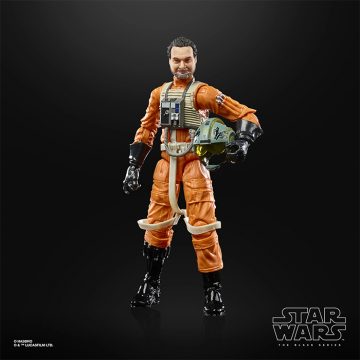 The Mandalorian executive producer Dave Filoni entered the live-action Star Wars universe as X-wing pilot Trapper Wolf in the show’s first season on Disney+. The Rebel was one of a trio of pilots who descend upon the prisoner transport known as Bothan-Five at the end of “Chapter 6: The Prisoner.” Trapper Wolf then returned in “Chapter 10: The Passenger” alongside Carson Teva, portrayed by Korean Canadian actor Paul Sun-Hyung Lee. They first gave Mando some trouble, causing him to crash land on an ice planet, and then they showed up in the nick of time to help him with some terrifying ice spiders. 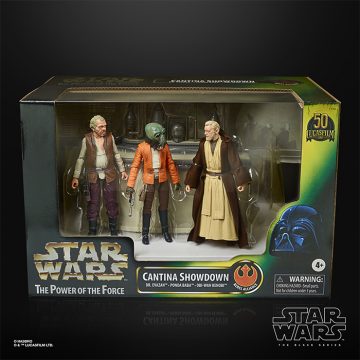 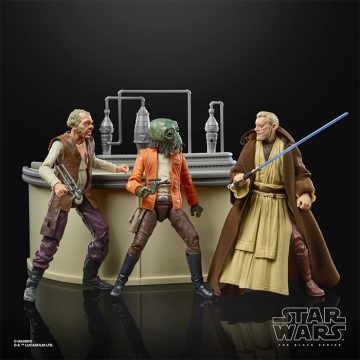 Longtime fans of Star Wars action figures will recognize the Power of the Force packaging for this latest Black Series playset. The Cantina Showdown was a three-pack of 3.75-inch action figures from Kenner back in 1997, the year the Special Edition releases of the Star Wars trilogy arrived in theaters. Now that same box set inspired by A New Hope is being turned into a bigger 6-inch set.

The Black Series Cantina Showdown playset comes with Obi-Wan Kenobi, Dr. Evanzan, and Ponda Baba action figures as well as a piece of the Mos Eisley cantina bar. There are no photographs of Ponda Baba with his arm cut off by Obi-Wan Kenobi’s lightsaber, but if one of his arms isn’t detachable, then that’s a real missed opportunity. Get a closer look at the playset at Hasbro Pulse. 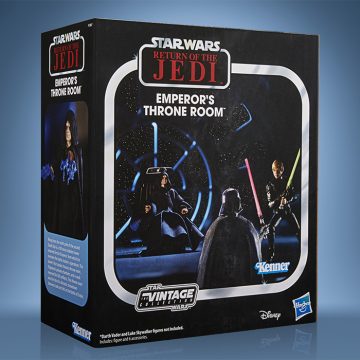 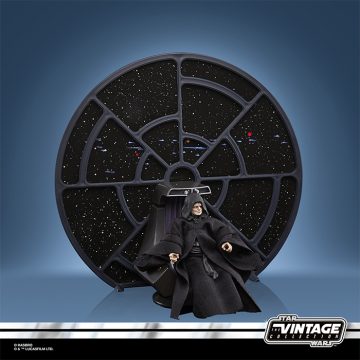 Finally, for all you collectors out there who have stuck with the smaller scale 3.75-inch action figures all these years, Hasbro is releasing a Return of the Jedi playset for The Vintage Collection.

Emperor Palpatine’s throne room from the second Death Star can be added to your collection complete with the iconic window background that looks upon the space battle between Rebel and Imperial pilots. The Emperor’s Throne Room playset includes Emperor Palpatine in cloth robe with lightning hands, cane, and Luke Skywalker’s lightsaber hilt. There’s also the throne for him to sit on and cackle endlessly.

All three of these Star Wars Hasbro PulseCon exclusives will be available at their website to order sometime this fall sometime during Hasbro PulseCon 2021. We don’t know exactly when that will be yet, but we’ll be sure to keep you posted.

‘Slash Film: AppleTV+ is Getting Into Business With ‘The Big Short’ Director Adam McKay’

‘Slash Film: ‘Pokemon’ Live-Action Series in the Works at Netflix from ‘Lucifer’ Co-Showrunner’