There are just two more episodes left in WandaVision, the first Disney+ series with major ties to the Marvel Cinematic Universe. The series is bound to have a huge impact on future Marvel Studios movies, but we likely won’t know the ramifications of the show for a little while. Thankfully, Marvel will keep us occupied with The Falcon and the Winter Soldier, which arrives on Disney+ in March. A batch of photos offers us a new glimpse at the series and you can check them out below.

The Falcon and the Winter Soldier Photos 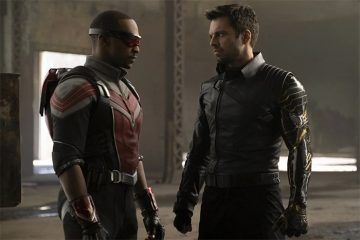 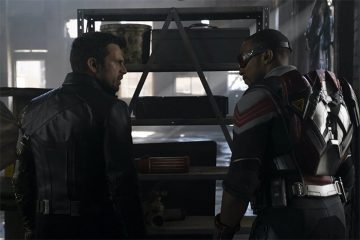 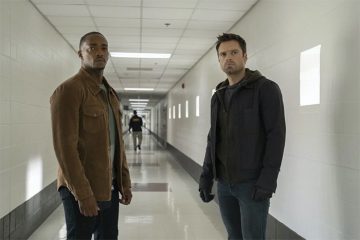 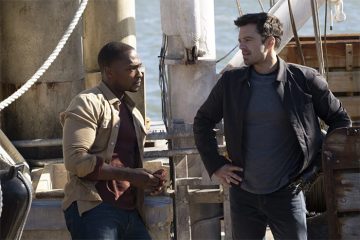 Half of the new photos (via ComicBoom.com) feature the titular duo of Sam Wilson (Anthony Mackie) and Bucky Barnes (Sebastian Stan) looking like they’re in full Lethal Weapon mode. The footage that we’ve seen in The Falcon and the Winter Soldier trailers so far has shown that Sam and Bucky don’t exactly operate on the same wavelength, and that’s likely going to give us a confrontational buddy cop dynamic throughout the series. In almost every photo, Bucky looks like he’s annoyed just to be standing next to Sam.

Bucky continues to look even more moody as he takes a motorcycle ride at night, perhaps feeling bitter about an argument he had with Sam. Maybe he ate the last Power Bar in the break room or something. Bucky needs his protein, Sam! 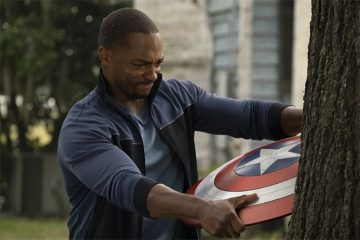 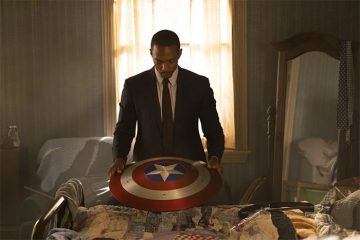 Meanwhile, Sam Wilson gets a couple shots featuring the shield that was handed down by Captain America. However, we’re wondering if he’s going to be able to hold onto that shield for very long. We know that the government will recruit a new Captain America who isn’t Sam Wilson, which is one of the major story points of the series. The photo on the right is giving off a vibe that makes me think Sam may even be forced to give Cap’s shield back to the U.S. government. 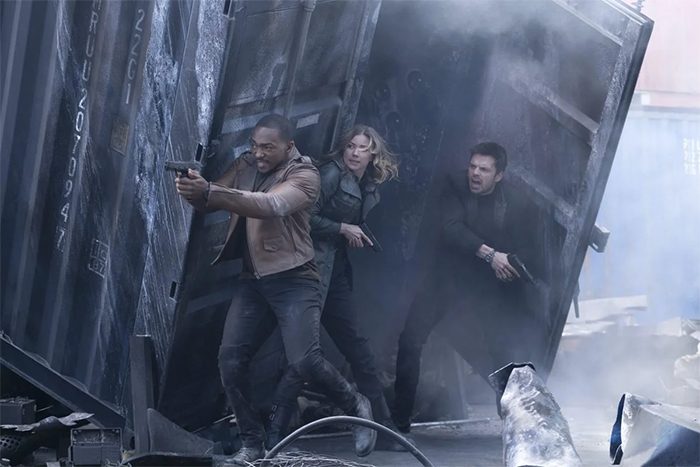 Finally, we get a shot of some action, and this one involves Sam and Bucky meeting back up with Sharon Carter (Emily VanCamp). Some promotional materials for the series have shown that Sharon is on the run from the government, but she might still be on the trail of Baron Zemo (Daniel Brühl), who is somehow no longer incarcerated after the events of Captain America: Civil War.

Admittedly, The Falcon and the Winter Soldier looks like the safest Marvel Studios series coming to Disney+. Hopefully there’s a compelling story to make it stand out from the mesmerizing WandaVision and the promising Loki.

Following the events of Avengers: Endgame, Sam Wilson/Falcon (Anthony Mackie) and Bucky Barnes/Winter Soldier (Sebastian Stan) team up in a global adventure that tests their abilities—and their patience—in Marvel Studios’ The Falcon and the Winter Soldier.

The Falcon and the Winter Soldier is slated to premiere on Disney+ starting on March 19, 2021.

The post New ‘The Falcon and the Winter Soldier’ Photos Bring Together the Quarreling Superhero Duo appeared first on /Film.