After literally years of fan campaigning and social media outcry, Zack Snyder‘s updated (and some might say “pure”) vision of Justice League will soon land on HBO Max – and one significant change from the theatrical version involves the inclusion of Jared Leto as Batman’s nemesis, the Joker.

Snyder has shared a couple of new images of Leto in character, and his version of the Clown Prince of Crime looks drastically different than he did when he debuted in 2016’s Suicide Squad. Plus, Snyder shares some details about exactly how the Joker factors into his vision for Justice League and what scene he appears in. 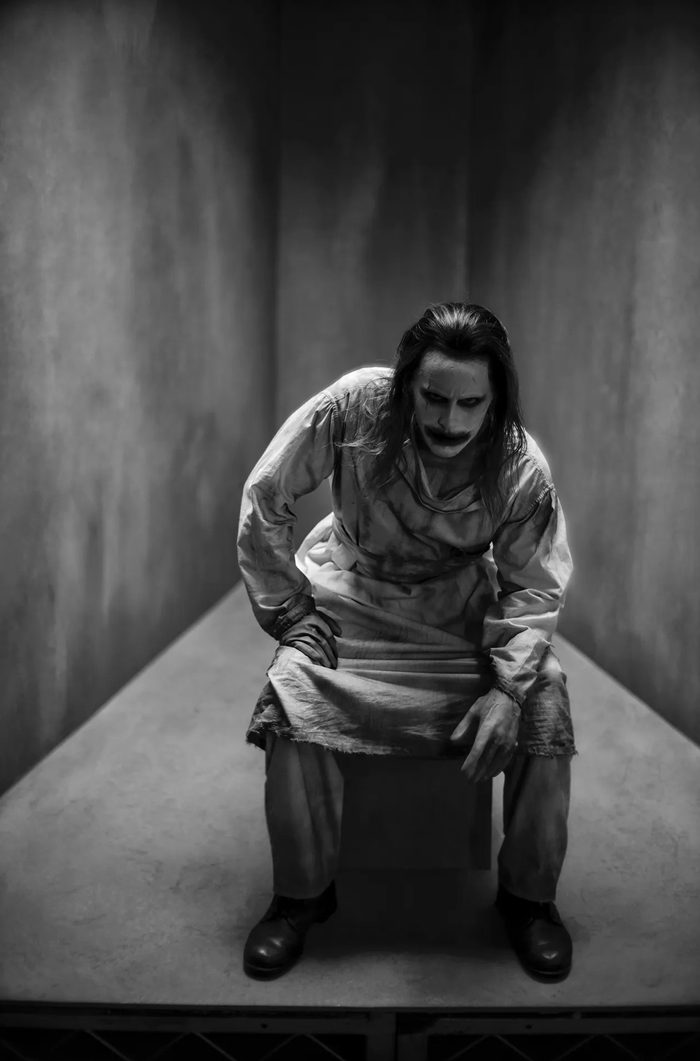 This image comes to us courtesy of Snyder and Vanity Fair, and you can click over there if you’d like to see one more photo of Leto in character. This whole vibe, which recalls a fishmonger or a 19th century butcher, is a far cry from the gaudy, hyper-styled, green-haired maniac who sported a “damaged” tattoo on his forehead in Suicide Squad. With his long, scraggly hair and smeared lipstick, this is much more in line with Heath Ledger’s Oscar-winning take on the character from 2008’s The Dark Knight.

Snyder says the surgical mask and hospital gown Leto is wearing is likely a remnant of Joker’s escape when the world fell. We’ll see him in Justice League‘s “Knightmare” sequence, a dream sequence in which the villainous Darkseid has invaded Earth and Bruce Wayne/Batman finds that his home planet has become a post-apocalyptic hellhole.

“The cool thing about the scene is that it’s Joker talking directly to Batman about Batman,” Snyder told Vanity Fair. “It’s Joker analyzing Batman about who he is and what he is. That’s the thing I also felt like fans deserved from the DC Universe. That is to say, the Jared Leto Joker and the Ben Affleck Batman, they never really got together. It seemed uncool to me that we would make it all the way through this incarnation of Batman and Joker without seeing them come together.”

Snyder isn’t clear about what happened to this iteration of the Joker between Suicide Squad and his appearance here, or about what happened to that infamous forehead tattoo. “I would say that there’s been some water under the bridge,” he said. “Who knows what’s happened. I don’t know if he’s wearing makeup, I don’t know what’s happening. It’s hard to say exactly.” So expect that to be an unanswered question when Zack Snyder’s Justice League arrives on HBO Max on March 18, 2021.

The post New ‘Zack Snyder’s Justice League’ Images Reveal Jared Leto’s Revised Take on the Joker and His Role in the Film appeared first on /Film.