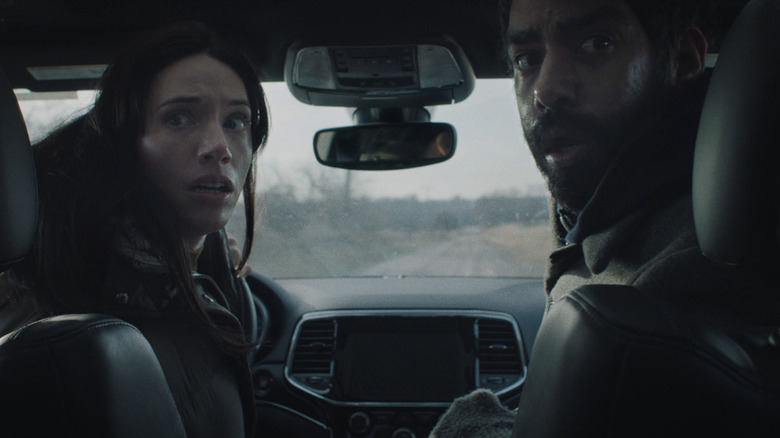 What if there was life after death? And what if after death, the ghosts of our loved ones came back to … play cards with us? That’s the curious scene that opens “Next Exit,” a supernatural drama written and directed by Mali Elfman in her feature directorial debut. And it’s a revelation that shocks the world, which witnesses the scene of a young boy playing cards with the ghost of his deceased dad via a recorded video that proves once and for all that ghosts are real. And in turn, it sets off the chain of events that leads to one of the most peculiar road trips shared between two strangers.

The world reacts as you’d expect it to react after learning that there is an afterlife: with panic and potential cults. One such probably-a-cult is Life Beyond, a scientific organization headed by Dr. Stevenson (Karen Gillan, appearing only in various talk shows and video clips, doing her best Elizabeth Holmes voice), which is recruiting people for an experiment that will study them through the “next stage of human evolution.” Essentially, it’s offering a painless form of assisted suicide with the belief that people will be able to live on as ghosts.

This study attracts all manner of people, including the troubled, thorny Rose (Katie Parker) and the seemingly glib Teddy (Rahul Kohli). Packing up their lives in New York City — Rose emptying out her messy apartment, Teddy handing his dog off to a coworker — the two of them meet at a car rental service, where they’ve both had cars reserved for them by Life Beyond. But an administrative hiccup results in the two of them sharing a car, which they’ll drive to San Francisco to the Life Beyond headquarters. Thus begins a tense and uncomfortable cross-country road trip, in which traumas are unpacked, and the ghosts of both Rose and Teddy’s pasts will come to haunt them — some more frightening and surreal than others.

The Right To Die 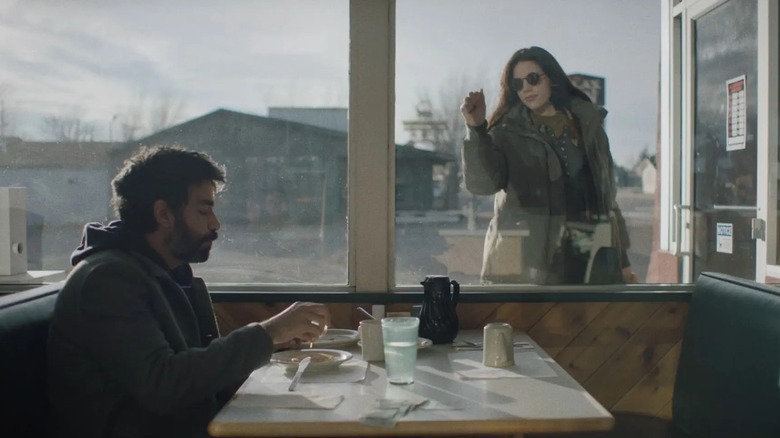 “Next Exit” is packed to the brim with gallows humor, Rose and Teddy at first spending the trip at each other’s throats before eventually bonding over their respective past suicide attempts. Both of them are incredibly troubled: Rose is a self-destructive drifter who has long lived in the shadow of her perfect sister (Rose McIver, making a brief “iZombie” reunion with Kohli), and who regrets never making amends with her mother before she passed. Teddy was abandoned by his father as a child and moved to the U.S. after his mother’s death in hopes of making a new life, which amounted to nothing. Rose lost everyone, she tells Teddy, to which he responds that he never had anyone.

Which is how these two lost souls find, and eventually help, each other. Refreshingly, “Next Exit” doesn’t make the process easy or smooth — the two of them almost stumble, by accident, into helping the other confront each other’s ghosts. The majority of the time, the pair are getting blackout drunk at anonymous seedy bars, meeting fellow troubled drifters who are dealing with their own ghosts (literal and otherwise). And despite the surprising comfort they find in breaking down each others’ vulnerabilities, the two of them still can’t “fix” each other. Rose is still haunted by the ghost of her mother, who follows her throughout their trip, appearing in mirrors and in shadowy doorways, refusing to let her forgive herself. The film does a fine job consolidating the discomfort of two people on a trip to commit suicide with its more out-there premise, putting on a pitch-black tone that slowly becomes a little less cynical as the movie goes on. 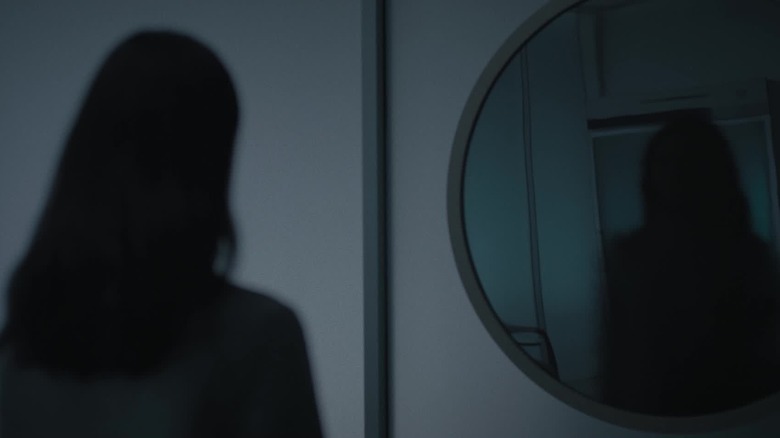 “Next Exit” is a moody and haunting character exercise, centering around the terrific central performances by Katie Parker and Rahul Kohli, but a little underbaked otherwise. Rather than mine the rich spiritual potential that its premise offers — heaven and hell don’t exist! Life goes on even after death! — “Next Exit” takes a strongly atheist approach to the ideas of life, death, and the afterlife. It all comes down to science, Rose and Teddy argue, even as they grow less certain of it throughout their trip. There are intriguing little episodes with characters who question this belief, including a quietly moving encounter with a wandering priest (Tongayi Chirisa, making a warm and enigmatic turn in the best performance of the film outside of Parker and Kohli) and a friendly hitchhiker (Diva Zappa) who takes Teddy stargazing, but they remain small glimmers of a potentially deeper exploration of the film’s premise.

“Next Exit” is filled with these flashes of a more intriguing film. The majority of the film exists in a drab color scheme, reflective of the uncaring world that Rose and Teddy can’t wait to leave behind. There are far too many exposition dumps by newsreel, with many a newscaster explaining the chaos that the world has erupted into (a byproduct of being a small-budget indie). But a final sequence pushes “Next Exit” over into good, as Rose experiences a vision of the afterlife that is striking and breathtaking. It’s a dazzling sequence that makes you wonder why the rest of the film didn’t live up to its cosmic excellence. But at least it made the long journey worth it.