The Obi-Wan Kenobi TV series has set its official cast, just as the Disney+ limited series is set to begin production. Disney+ has announced the full cast of the Star Wars limited series+ starring Ewan McGregor as the Jedi Master, with old faces like Hayden Christensen and Joel Edgerton joining him as well as new surprises including Kumail Nanjiani, Sung Kang (the Fast and Furious franchise), and…Uncut Gems co-director Benny Safdie? See the official Obi-Wan Kenobi cast below.

Disney+ announced the cast of the “special event series” officially titled Obi-Wan Kenobi, featuring McGregor reprising his roles as the titular Jedi Master. The series will mark the return of Hayden Christensen in the role of Darth Vader, while Joel Edgerton, who played Uncle Owen in Star Wars: Revenge of the Sith for all of a one-minute scene, will be back in presumably a larger role. 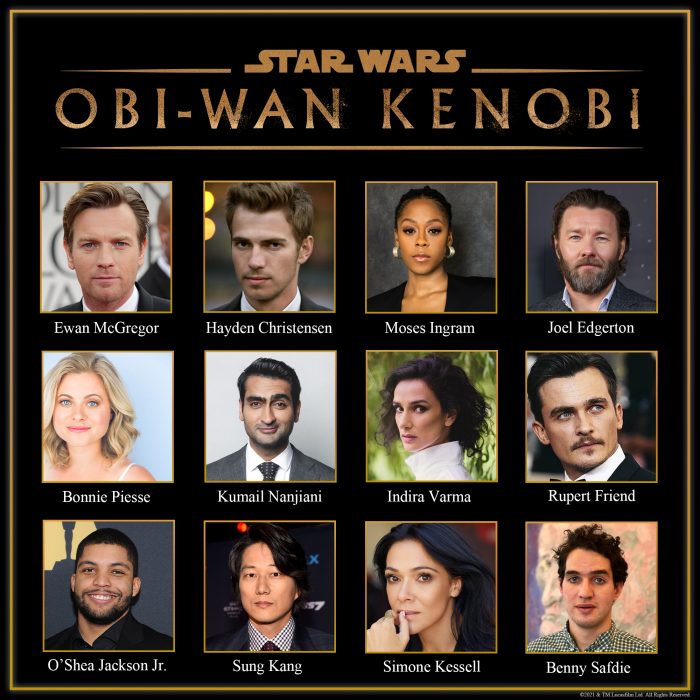 Disney also announced that Obi-Wan Kenobi, described as a “special event series,” will begin shooting in April. Per Disney’s press release, “The story begins 10 years after the dramatic events of Star Wars: Revenge of the Sith where Kenobi faced his greatest defeat, the downfall and corruption of his best friend and Jedi apprentice, Anakin Skywalker turned evil Sith Lord Darth Vader.”

A few of members of the ensemble had already been reported, like McGregor, Christensen, and Varma, but there are still a few pleasant surprises in this announcement. Nanjiani, who has apparently become a fast Disney favorite lately with his upcoming superhero debut set in Marvel’s The Eternals, is joining the cast, as are Fast and Furious alum Sung Kang (Justice for Han!), rising talent O’Shea Jackson Jr. (Straight Outta Compton), and curiously, indie auteur Benny Safdie of Good Time and Uncut Gems fame. The latter actor is not one you would expect to pop up in a Star Wars series, but I’m eager to see how Safdie fares in a project not directed by him and his brother.

One More Theater Chain Is Having A Monster Reopening Thanks To Godzilla Vs. Kong