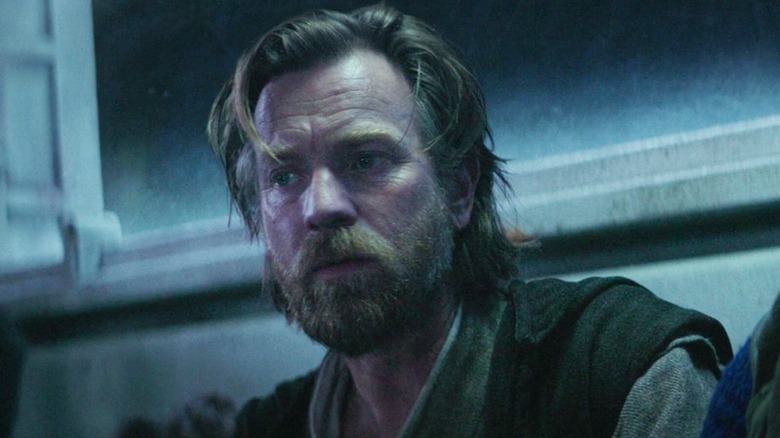 “Obi-Wan Kenobi” has had a pretty good run so far, barring a few story elements that seemed pretty rushed, and episode 5 of the show gave “Star Wars” fans plenty to chew on. Darth Vader (Hayden Christensen) got the most screentime yet as he was hell-bent on cornering Obi-Wan (Ewan McGregor) on Jabiim with the aid of the tracker implanted in Leia’s droid Lola by Reva (Moses Ingram).

While this seems like the foundation for an eventual clash between the former master and padawan, the show does much more by delving deeper into the characters we know and love. I’m obviously talking about the beautiful, bittersweet prequel-era flashback scenes that were sprinkled throughout the episode, which further our understanding of the emotional landscape between Obi-Wan and Anakin, especially now that he’s become Darth Vader.

While we were already treated to some footage from the prequels in the series premiere, the newly-shot scenes that feature a young Anakin sparring with his Jedi Master have left fans delighted for a plethora of reasons. While “Obi-Wan Kenobi” has its flaws, the show has been able to bring some of the best aspects of nuanced, interpersonal bonds in the franchise to life, which which was done exceptionally well in the “Star Wars: The Clone Wars” animated series.

While the prequels did provide the foundation for the bond between Obi-Wan and Anakin, the depth of their relationship was better explored in the animated “Clone Wars,” as the show had a better opportunity to flesh out these complex characters across more time. The flashback sequence in “Obi-Wan Kenobi” is the first step towards deepening our understanding of their relationship in live-action, and I would say, that’s a win.

Fighting Side By Side, As Brothers 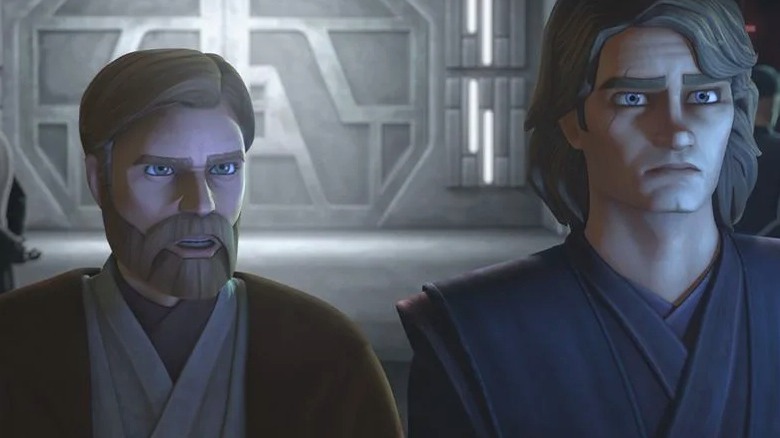 “The Clone Wars” takes place between the events of “Attack of the Clones” and “Revenge of the Sith,” and the series hones in on the many conflicts between the Galactic Republic and the Confederacy, with Count Dooku at the helm of the villainous movement. The show obviously does not focus solely on Anakin and Obi-Wan alone, as there are numerous storylines concerning Mace Windu, Yoda, Padmé andmore. Anakin and Ahsoka’s dynamic as master and padawan was first explored in this show, allowing fans to better understand Anakin as a character before his turn to the dark side.

Obi-Wan and Anakin obviously fought side-by-side in many battles, including the Clone Wars, both having suffered tremendous personal losses over the course of time. Their relationship is undeniably a complex one — while Qui-Gon assumes a fatherly role when he decides to bring Anakin with him to train him, it is Obi-Wan who has to quickly step into the role of master for the young apprentice, watching him mature through the years and fight alongside him like a brother. There’s a strong sense of trust between them in the prequel era, much of which has been portrayed brilliantly in both the prequels and “The Clone Wars” (further deepened in “Star Wars: Brotherhood”), which obviously chips away as we approach the events of “Revenge of the Sith,” culminating in the tragic confrontation on Mustafar.

“Clone Wars” not only fills in the blanks with regards to how well the two men knew each other, but it also further established the familial aspect of their bond. However, there was also a sense of unease, especially in Anakin, whose ambition often made him feel as if Obi-Wan held him back. This urge to prove himself, to both impress and one-up his master, has been on full display during many missions that the two embark on in “Clone Wars,” and “Obi-Wan Kenobi” cements it in live-action and ties it in beautifully with the events after Anakin’s fall.

Confronted With Ghosts Of The Past 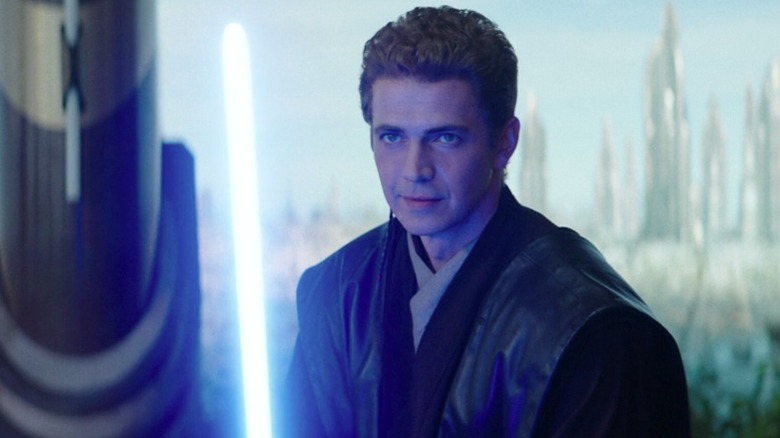 The reason why the sparring scenes between young Anakin and Obi-Wan are so important within the context of the show and “Star Wars” canon is how meaningful it is to understanding both characters. There’s the pull of nostalgia, of course, as fans never thought they would see the two playfully clashing lightsabers and partaking in their trademark master-padawan quips and banter. The mere sight of Hayden Christensen smiling as a young Anakin is enough to make my heart feel full, but let’s look at how the show utilizes this flashback as a contrast to where they stand now.

Anakin, although extremely gifted, is driven by his emotions. While there is nothing wrong with being led by one’s emotions, this gift can backfire on the battlefield, especially for a Jedi. As Anakin allows his aggression to guide him through the mock fight with Obi-Wan, the latter reminds him that the Jedi are tasked with defending, not attacking viciously (unless the circumstances demand it). Anakin defiantly asks his master to admit defeat, but Obi-Wan surprises him by using the Force and turning the tides in his favor. This is when Obi-Wan tells Anakin that, while he is a great warrior, his need to prove himself will be his undoing, and until he overcomes it, he will remain a padawan.

This ties in well with the actions of Vader — he is too confident that he has Obi-Wan cornered on Jabiim, and Obi-Wan is able to predict this and eventually outsmart him…for now. Make no mistake, Vader is still terrifyingly powerful and greatly perceptive (he knew about Reva’s past all along), but when it comes to facing the ghosts of his past, namely Obi-Wan, he cannot help but make the same mistakes again.

Although we only have one more episode left in “Obi-Wan Kenobi,” one can hope that we get more of the “Clone Wars” character and relationship dynamic treatment in live-action. Hopefully, we will, in the near future.

The first five episodes of “Obi-Wan Kenobi” are currently streaming on Disney+.

Read this next: The 20 Best Clone Wars Episodes Ranked

‘Slash Film: One Scene In The Fisher King Pushed Robin Williams To His Limits’