(Welcome to Scariest Scene Ever, a column dedicated to the most pulse-pounding moments in horror with your tour guide, horror expert Matt Donato. In this edition, Matt returns to Lockwood Manor in “Jurassic World: Fallen Kingdom.”)

Since it was recently Jurassic Week here at Slashfilm, I thought I’d keep Scariest Scene Ever themed to more dino-mighty terrors. Ariel’s previously covered the nightmares brought upon by the “Jurassic Park” slasher escape sequence, and I’ve warned against going into the long grass in “The Lost World: Jurassic Park.” While both films embrace their horror influences, they’re still not the most horror-centric Jurassic franchise flick. That’d be J. A. Bayona’s “Jurassic World: Fallen Kingdom,” with a back half that’s seen its share of Hammeresque gothic horrors.

If this isn’t a demo reel for a Bayona-directed “Dino Crisis” adaptation, I don’t know what is. It’s part haunted mansion flick, part prehistoric creature feature. It’s not just about feral chases across angular rooftops while thunder cracks during an ugly storm. Bayona’s Indoraptor stalks, slouches, and creeps like a ghostly specter lurking over creaky floorboards. Everything screams horror influences outside the sheer futility of running into a velociraptor outside your door. Damn right, “Jurassic World: Fallen Kingdom” earns a place in this column. 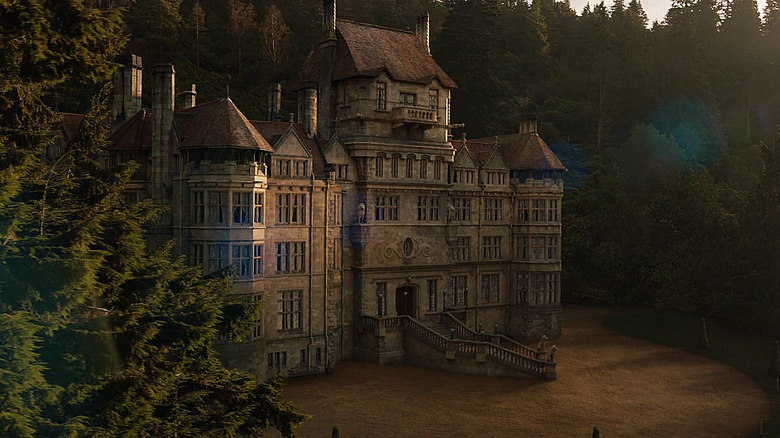 The catastrophic events of “Jurassic World” are brought back to our memories at the beginning of “Jurassic World: Fallen Kingdom” when a mercenary team extracts Indominus Rex DNA from the park’s lagoon. The Mosasaurus swims free as a result, which is the beginning of cohabitation between dinosaurs and humankind. Not that anyone’s paying attention? Three years later, the U.S. Senate decides to let the existing dinosaurs on Isla Nublar perish in a volcanic eruption despite Claire Dearing’s (Bryce Dallas Howard) protests. Dr. Ian Malcolm (Jeff Goldblum) speaks about the natural correction of John Hammond’s (Richard Attenborough) mistake when cloning dinosaurs and wins the argument against Claire’s wishes. Extinction for what’s left on Isla Nublar is imminent. 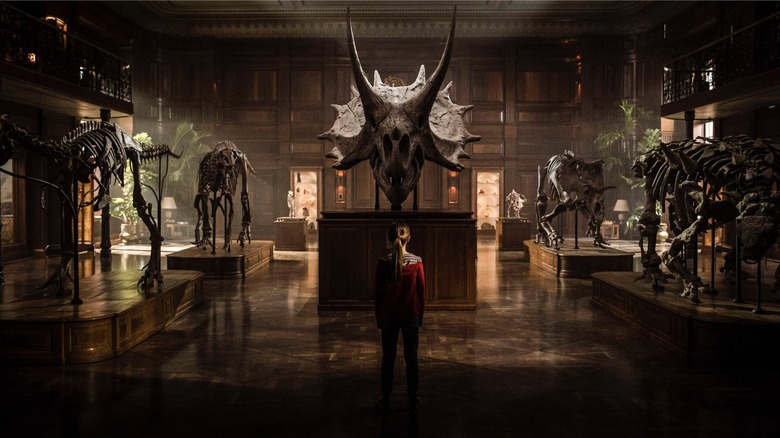 On Isla Nublar, everything goes south for Claire’s team once they locate Blue. Mission leader Ken Wheatley (Ted Levine) tranquilizes Owen, Blue is shot, and Claire’s squad is left on Isla Nublar for dead. Only Zia is spared to keep Blue alive — Blue’s DNA precious to further genetic operations — as a massive cargo ship is loaded with particular dinosaur specimens whisked away from danger. Claire, Owen, and Franklin are lucky to sneak aboard the ship, where they help Zia perform a blood transfusion using T-Rex blood on Blue, which saves her life. Although the vessel isn’t heading to a new island sanctuary as promised — all the dinosaurs are being shipped to Lockwood’s estate.

It’s revealed that Eli and auctioneer Mr. Eversoll (Toby Jones) secretly plan on selling the dinosaurs on the black market — this is overheard by Lockwood’s granddaughter Maisie (Isabella Sermon). On the menu will be Dr. Wu’s (BD Wong) latest genetic concoction, an apex predator dubbed the Indoraptor (Indominous Rex and Velociraptor hybrid). Owen and Claire are able to disrupt the auction as millionaires bid on caged dinosaurs, creating a ruckus in the Lockwood manor undergrounds. Among the animals released is the Indoraptor, who begins to chase Owen, Claire, and Maisie through Lockwood’s museum exhibits and hallways and eventually into Maisie’s bedroom, where she cowers. Right where the film’s scariest scene takes place.

Maisie uses a dumbwaiter to ascend safely upstairs, having just narrowly escaped becoming Indoraptor chow. She pulls hard and fast on ropes that hoist her higher, and then she does what any scared little girl might do — bolt into her bedroom, close the door, and huddle under the comforting safety of her bedsheets. She’s quivering, covers pulled tight to her face. Surely nothing can harm her here — but the camera suggests otherwise as it pulls out Maisie’s window and cranes towards the sloping rooftop above where the Indoraptor now perches.

In some classic Universal Monsters shot design, it lets out a howl as its silhouette poses in front of a luminous moon.

The camera flips inside to Maisie’s face, where she’s breathing fast and panicking like many other children who’ve hidden in the same petrified state from ghosts and monsters.

Outside, the Indoraptor begins scaling the downslope towards Maisie’s window sill. Cinematography plays a beautiful trick where it seems the creature is right-side-up, but then the camera twirls when hitting the roof’s edge to reveal the Indoraptor is upside down. It lowers cautiously, popping its head into the window’s frame, and extends one arm’s scythe-like claw towards the handle. It’s slow, dangling its gangly claws and savoring the stealthiness. Maisie glances at the window and sees a blackened shadow snarling right outside.

The Indoraptor slowly and somehow silently toggles the handle and opens the door. Maisie turns the other way in fear. Without disturbance, the Indoraptor flips itself into the opening and gingerly steps inside Maisie’s room, clicking its talon-like claw against the hardwood floor. Camerawork keeps tight on the dangerous elements of the scene, like the Indoraptor’s weaponry. There’s only horror to witness here, which is elevated by the lack of soundtrack. We hear Maisie’s whimpers, eeks of floorboards, and the pitter-patter of rain outside. Nothing else.

As the Indoraptor fully enters Maisie’s room, it emerges from behind flowing curtains as this menacing beast that has gained full entry to Maisie’s safest space. It looks directly at Maisie’s so-so hiding place and approaches. At the foot of the bed, we watch its arm reach toward Maisie’s head, those dagger-sharp nails brushing against her blankets. Then its entire head enters view, eyes deadlocked on Maisie. It gets closer as the tension is unbearable, drool dripping from its jaws.

Then, just as the Indoraptor is about to lunge, Owen distracts it with a few bullets and saves Maisie.

Don’t mind the happy ending. Before Owen bursts inside, guns blazing, it’s all inescapable tension and the dreariest applications of dread. Bayona’s playing with shadows and extreme close-ups somehow make an unstoppable predator even more frightening as the Indoraptor stalks a helpless little girl. This is the level of horror Michael Crichton wrote into his “Jurassic Park” novels — a tone I’d love to see a full Jurassic trilogy embrace someday.

The post One Of The Scariest Scenes In Jurassic World: Fallen Kingdom Features Gothic Dino Horror appeared first on /Film.

Biting into the B-Movie Thrills of ‘Morbius’ [The Silver Lining]