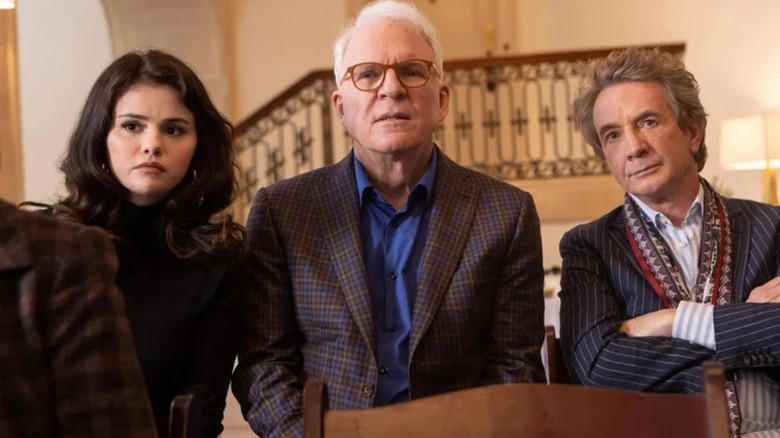 Here’s a first look at season 2 of “Only Murders in the Building,” courtesy of Vanity Fair. The second season of the mystery-comedy series is set to premiere on Hulu in June 2022, and with its upcoming season premiere comes the expectations of living up to the hype of the explosively popular first season. Series creator John Hoffman told Vanity Fair about the tricky nature of the process, and the challenges that accompanied the show’s return:

“It was a bit of a trick. I found great comfort in the writer’s room that anything that would come up about our season-two challenges could find its way into the narrative.”

In a couple newly released images, we see Charles (Steve Martin), Mabel (Selena Gomez), and Oliver (Martin Short) keeping up with their shenanigans, stepping into a new (and hilarious) adventure in the upcoming season. 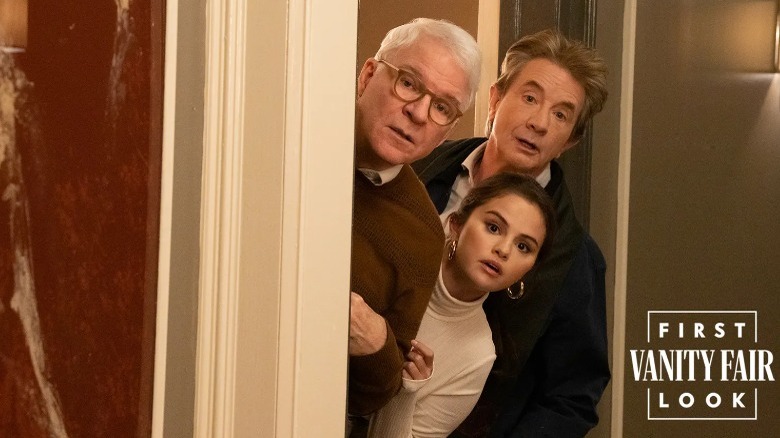 “Only Murders in the Building” follows the central trio who share an obsession with true-crime podcasts and who go on to host their own podcast to investigate a possible murder in their affluent Upper West Side apartment. The podcast factor adds a layer of meta-narrative to the storyline, and season 2 will reportedly amp up this particular aspect. Now that the building’s board president Bunny (Jayne Houdyshell) has been found dead in Mabel’s apartment, wearing the trio’s podcast merch (this is so on-the-nose, that it’s doubly funny), the podcasters find themselves in the position of being prime suspects. (Check out VF.com to see the trio’s mugshots.)

Now that the investigative focus has shifted to Charles, Mabel, and Oliver, season 2 of “Only Murders in the Building” is bound to head towards a tonal shift, creating space for newer characters to step in and do the sleuthing instead. This, of course, paves way for guest stars, twist reveals about the murders in question, and why the particular apartment building acts as the nexus of these seemingly random murders. Hoffman went on to explain how the success of season 1 granted “great buoyancy to ideas,” helping them hone their approach for the upcoming season:

“That feeling of being embraced [in season one] gave great buoyancy to ideas and trust that the audience would go with us. It just made us more confident in our approach on season two.”

Apart from this, the core characters get to explore fresh dynamics in season 2: Mabel meets a new love interest, Alice (Cara Delevingne), an art gallery owner who gives Mabel the space to get in touch with her true self. Meanwhile, Charles’ childhood plays a seminal role in revealing secrets about the Arconia building, which means more flashbacks, while Oliver is out there trying to defend Amy Schumer from alleged art theft. A lot is going on this season, with more members joining the ensemble cast of this genuinely funny, off-kilter mystery comedy. Here’s another shot of the trio: 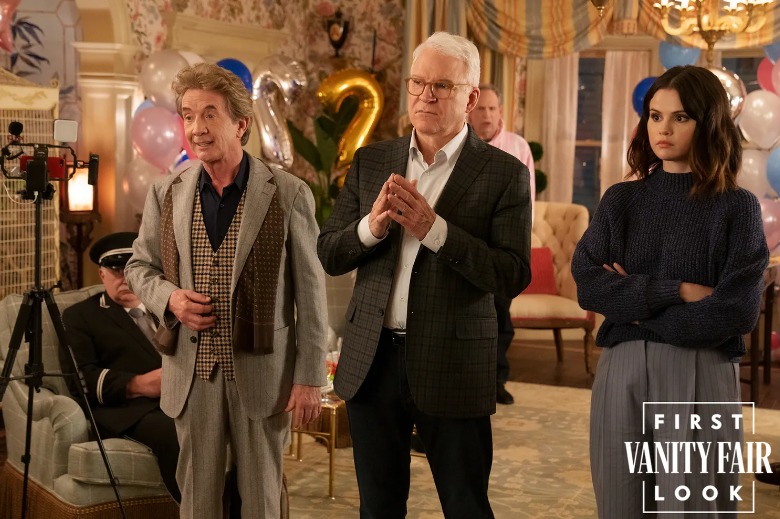 The post Only Murders in the Building Season 2 First Look: Things Get Meta and Murdery appeared first on /Film.

/Film – ‘Slash Film: Only Murders In The Building Season 2 First Look: Things Get Meta And Murdery’
Author: Debopriyaa Dutta
Go to Source
May 5, 2022