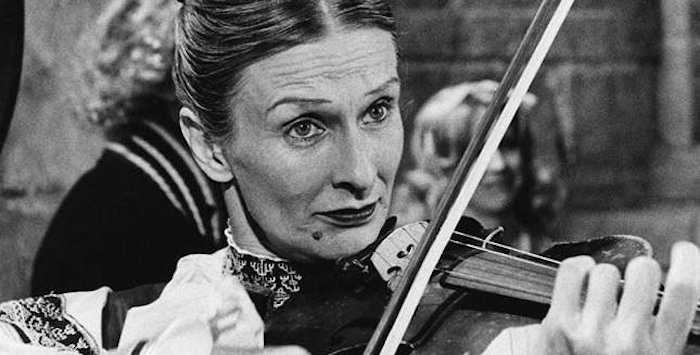 Oscar winner, Emmy winner, and all-around comedy legend Cloris Leachman, best known for stealing the scene in sitcoms like The Mary Tyler Moore Show and films like Mel Brooks’ Young Frankenstein, has died. She was 94.

Leachman died of natural causes on Tuesday in Encinitas, California, according to her longtime manager, Juliet Green. Green announced Leachman’s death in a statement (via Variety):

“It’s been my privilege to work with Cloris Leachman, one of the most fearless actresses of our time. There was no one like Cloris. With a single look she had the ability to break your heart or make you laugh ’till the tears ran down your face. You never knew what Cloris was going to say or do and that unpredictable quality was part of her unparalleled magic.”

“She loved her children and her grandchildren ferociously. A lifelong vegetarian, she was a passionate advocate for animal rights,” Green added. “The family requests that any donations in her name be made to PETA or Last Chance for Animals.”

Leachman’s death brings to an end a colorful and versatile career on stage, television, and film that spanned more than seven decades, and which showed no signs of slowing in recent years, with the actress appearing onscreen in series like American Gods and in 2020 films Jump, Darling and The Croods: A New Age. But the comedy icon is best known for her roles in The Mary Tyler Moore Show and its spin-off Phyllis, in which she played the title character, and for her collaborations with Mel Brooks, appearing in three of the directors films including High Anxiety, History of the World: Part I, and of course, Young Frankenstein.

Leachman was a staple of the small screen, appearing in dozens of sitcoms including The Facts of Life, Malcolm in the Middle, and Raising Hope. With eight Primetime Emmy Awards and 22 nominations under her belt, Leachman holds the title — along with Julia Louis-Dreyfus — of the most awarded actress in Emmy history.

Her career on the big screen was no less auspicious, with the actress winning an Academy Award for her role as a gym teacher’s neglected wife in 1971’s The Last Picture Show. In addition to her frequent collaborations with Mel Brooks, she played Daisy May Moses in the 1993 The Beverly Hillbillies, while her familiar voice was a welcome addition to animated films like Castle in the Sky and The Croods.

Leachman was born on April 30, 1926 in Des Moines, Iowa. She began acting as a child and later studied drama at Northwestern University in Illinois. After winning a scholarship in the Miss America pageant, she moved to New York City to study acting under director Elia Kazan at the Actors Studio and was immediately cast on Broadway and in film.

She is survived by her sons Adam, George Jr. and Morgan, and a daughter, Dinah.

5 Unanswered Questions We Have About The Dark Knight Trilogy

‘Slash Film: ‘Ticket to Paradise’: George Clooney and Julia Roberts Pair Up For a New Rom-Com’