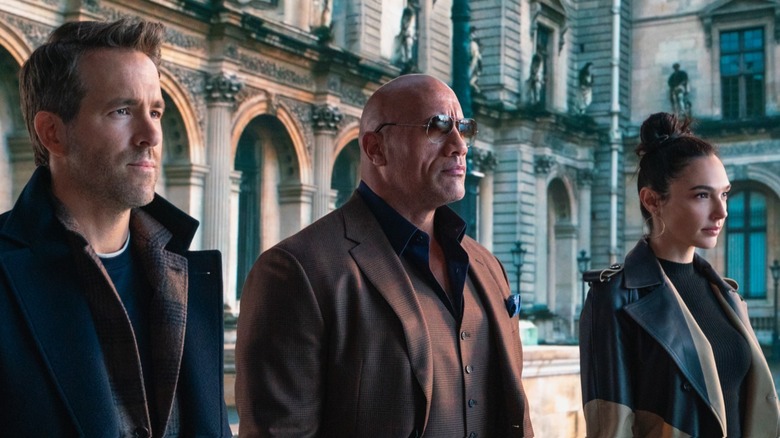 Let’s put it this way: When a studio goes all-in on their most expensive film yet, it’d better end up achieving their “biggest ever opening day” of the year. Netflix, the streaming giant that has always had a complicated relationship with transparency in the past, released their highly-marketed original film “Red Notice” this past weekend. Starring a trio of heavy-hitting movie stars (accounting for an enormous slice of the budget, undoubtedly) in Ryan Reynolds, Dwayne Johnson, and Gal Gadot, “Red Notice” may have lit up the living rooms of thousands of subscribers over the past few days, but it wasn’t exactly a hit with critics. You can read /Film’s review here, where Chris Evangelista calls it “…art by algorithm; a film that hasn’t so much been made as it’s been assembled, like a Frankenstein’s monster, stitched together from other, better franchises.”

In any case, that’s not stopping Netflix from planting their victory flag and proclaiming “Red Notice” as their most successful opening day release. Does that actually mean anything substantial? That’s another matter entirely. 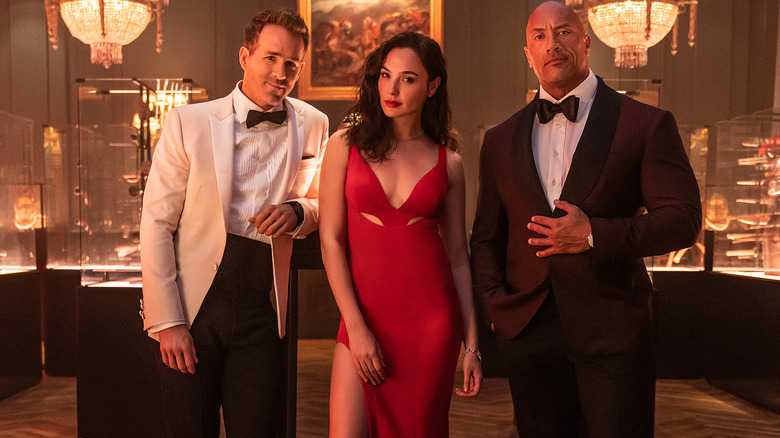 On one hand, it’s not terribly surprising that a Netflix action movie featuring three of the most popular actors in the world right now would result in very high interest among general audiences. On the other, these sorts of announcements can’t help but ring hollow when Netflix has also taken advantage of a system that specifically absolves them from releasing actual numbers to back up their claims. This latest assertion of an unqualified success comes from “Red Notice” star Ryan Reynolds himself (via Comic Book), who took to Twitter over the weekend to share the fairly predictable news with his followers … along with an amusing jab at Taylor Swift’s newest re-release. (Honestly, I’m a little surprised Netflix didn’t manage to wrangle her in for a cameo in this movie, too.) According to Reynolds, “WOW #RedNotice is @Netflix biggest ever opening day for a film. Congrats to this whole team! Can’t wait for Red Notice (Taylor’s Version).”

You’ll notice that this nifty graphic doesn’t exactly provide any comparisons to previous Netflix releases that would help give us any real context to this news. It’s one thing to assert that any given movie of theirs is making waves among viewers — the official Netflix account is clearly trying its best to tell us what to think about all aspects of the film — but it’s a slightly different story when it comes to backing up such announcements with fact. Not helping matters is that Netflix has reportedly shifted from the very dubious practice of counting a “view” as watching a total of two minutes of a series or movie, to simply reporting on “hours viewed.” Creating the perception of an unmitigated success is obviously encouraging for Netflix’s investors and stockholders, but it doesn’t exactly do much for the rest of us with no actual stake in the performance of original movies or shows.

Whatever the real numbers may be, “Red Notice” is currently streaming on Netflix.