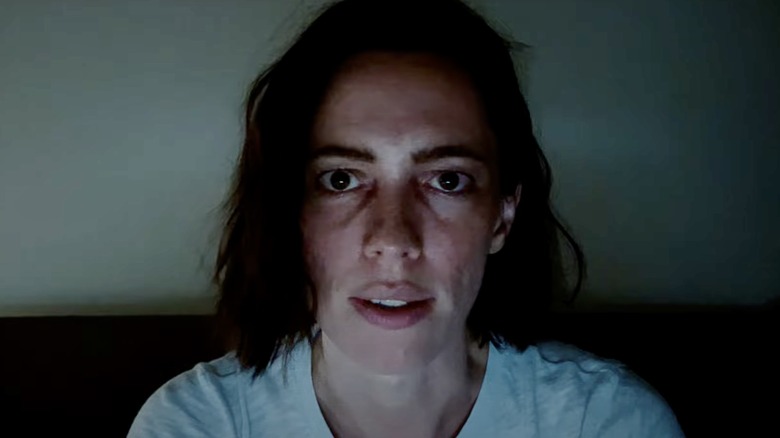 Rebecca Hall anchored one of the best horror films of last year, “The Night House,” and this summer, she’s making her return to dark territory with the psychological thriller “Resurrection.” Written and directed by Andrew Semans, “Resurrection” made its world premiere at the 2022 Sundance Film Festival back in January. Our review called it “a frightening film you won’t easily forget.”

In “Resurrection,” Hall stars as Margaret, a single mother and career-oriented woman whose life with her daughter Abbie, played by Grace Kaufman, is upset by the emergence of a menacing figure from her past. Tim Roth costars as David, a man with whom Margaret had an abusive relationship, who starts showing up wherever she is, seemingly stalking her at every turn.

“Resurrection” is only Semans’ second film after his 2012 directorial debut, “Nancy, Please,” though he has served as an associate producer on a number of Ralph Fiennes projects, including “The Dig,” “The White Crow,” “The Invisible Woman,” and “The Duchess.” Semans’ script for “Resurrection” made the 2019 Black List of best unproduced screenplays in Hollywood, and the movie currently holds an 84% on Rotten Tomatoes. Check out the trailer for “Resurrection” below.

In the trailer, Margaret first sees David at a business conference, and the very sight of him seems to throw her into a panic attack. He pops up in the park and elsewhere in town, but Abbie seems to attribute it to “an episode” on Margaret’s part. We see other surreal things, such as Margaret holding her fingers out like a gun and a baby crying in an oven, which further call into question just how much of this is real and how much of it is in Margaret’s head.

Hall’s character looks gaunt, with one shot showing her ribs protruding from her side as she sits on the bed. The final reveal of Roth’s character up close also highlights his weathered, unkempt appearance as they confront each other in a restaurant booth.

Margaret’s life is in order. She is capable, disciplined, and successful. Soon, her teenage daughter, who Margaret raised by herself, will be going off to a fine university, just as Margaret had intended. Everything is under control. That is, until David returns, carrying with him the horrors of Margaret’s past.

“Resurrection” is headed for theaters and video on demand on August 5, 2022, with Shudder streaming the film exclusively in the first pay window.