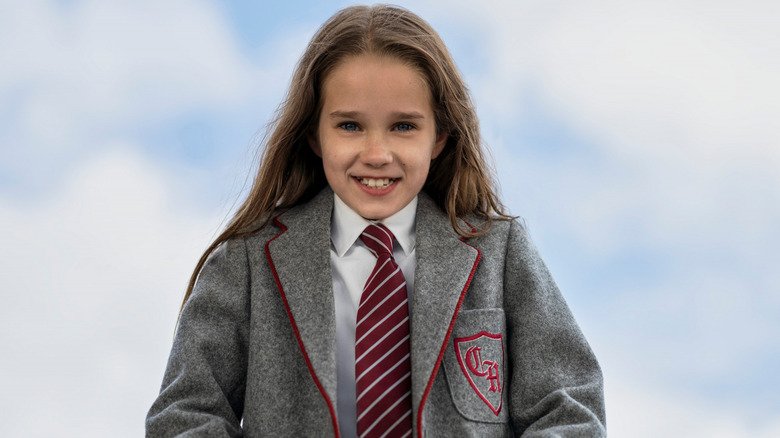 Roald Dahl’s book-loving, super-powered young heroine Matilda Wormwood is heading back to the big screen. The author’s beloved 1988 kids novel “Matilda” was previously adapted into director Danny DeVito‘s darkly-comical 1996 family movie of the same name, with Mara Wilson starring as Matilda opposite Pam Ferris as Agatha Trunchbull, the tyrannical principal of Crunchem Hall who delights in torturing her students by throwing them like Olympic hammers and subjecting them to twisted, abusive forms of discipline. DeVito and Rhea Perlman also star as Matilda’s neglectful, immoral parents, with Embeth Davidtz playing the embodiment of all that is good in Matilda’s caring teacher, Miss Honey.

Netflix’s “Matilda the Musical,” as the title implies, is based on the popular, Tony and Olivier award-winning 2010 stage musical adaptation of Dahl’s novel, with music and lyrics by Tim Minchin and a book by Dennis Kelly. Alisha Weir stars as Matilda in the film, with Emma Thompson co-starring as Miss Trunchbull, Lashana Lynch playing Miss Honey, and Stephen Graham and Andrea Riseborough rounding out the main cast as Mr. and Mrs. Wormwood. Sindhu Vee also stars as Mrs. Phelps, the supportive librarian who plays a much more substantial role in the “Matilda” stage musical than either Dahl’s book or DeVito’s movie.

The stage version of “Matilda the Musical” (which I have, in fact, seen) is full of imaginative choreography, creative set-pieces, and catchy musical numbers, and it thankfully looks like much of that has been carried over into the film adaptation. At the same time, the stage show struggles to do away completely with the problematic aspects of Roald Dahl’s source material while still retaining the sharp wit that makes it an otherwise fun read. Even worse, the stage musical typically casts a cisgender man to play Miss Trunchbull, in the process inadvertently compounding the sexist, transphobic subtext inherent to the character in Dahl’s novel. Fortunately, plans to follow suit by casting Ralph Fiennes as Miss Trunchbull in the movie version were later abandoned. Hopefully, that’s not the only step the filmmakers have taken to capture everything people love about Dahl’s original story while dropping all the bad stuff.

“Matilda the Musical” will stream on Netflix later this year. Its official logline reads:

A brand new take on the Tony and Olivier award-winning musical. Roald Dahl’s Matilda the Musical tells the story of an extraordinary girl, with a vivid imagination, who dares to take a stand to change her story with miraculous results.

The post Roald Dahl’s Matilda the Musical Trailer: Children Love to Revolt (and Sing and Dance) appeared first on /Film.