It’s been over 10 years since Scott Pilgrim vs the World arrived in theaters. In fact, the 10th anniversary should have been celebrated last year, but the coronavirus pandemic kept audiences mostly away from movie theaters. That’s why this year will see the theatrical re-release of Edgar Wright‘s adaptation of Bryan Lee O’Malley‘s graphic novel series in a never-before-seen version of the movie that has been recalibrated for Dolby Atmos and Dolby Vision, providing an audio visual experience for the movie that has never been better. Find out more below.

Scott Pilgrim vs. the World in Theaters

Dolby Cinema locations at AMC Theatres will exclusively be hosting the return of Scott Pilgrim vs. the World in Dolby Atmos and Dolby Vision, starting on April 30 for one week only. Wright supervised the new version of the movie along with sound mixer Julian Slater, colorist Stephen Nakamura, director of photography Bill Pope, and editor Paul Machliss, so a lot of work went into this.

Though it’s exciting that this re-release is happening, it’s a little frustrating since that will still be a little too soon for everyone to be able to enjoy the re-release due to the ongoing coronavirus pandemic. But since the overall 10th anniversary was pushed back, hopefully the movie will be making a comeback to theaters outside of Dolby Cinema locations throughout the year. Otherwise, tickets for this particular celebratory screening event are available now.

The good news is that Scott Pilgrim vs. the World will also be getting a bit of an upgrade on home video as well. In addition to announcing the theatrical re-release of the movie, Edgar Wright promised the film would be released on 4K Ultra HD sometime in the future. Presumably that will happen this year, but Wright didn’t provide a timetable for when we might be able to get it.

Scott Pilgrim vs. the World didn’t do so hot at the box office when it was released back in 2010. It only raked in over $47.6 million worldwide on a budget of roughly $60 million. But it has found plenty of fans in the years since, and it’s bound to be discovered by a whole new audience, especially since the movie features an incredible array of comic book movie stars and other actors and actresses who have only risen in fame and prominence since the movie was released.

Michael Cera stars as the title character with an ensemble cast that includes Mary Elizabeth Winstead, Kieran Culkin, Chris Evans, Anna Kendrick, Brie Larson, Ellen Wong, Jason Schwartzman, Aubrey Plaza, Brandon Routh, Alison Pill, and Mae Whitman. You should know a lot of those names by now, and if you haven’t seen this movie, do yourself a favor and seek it out if you can do so safely. You won’t regret it.

While you wait to see Scott Pilgrim vs. the World in theaters again, check out the cast table read reunion that unfolded virtually last year, and keep your fingers crossed for a potential animated series to come together. 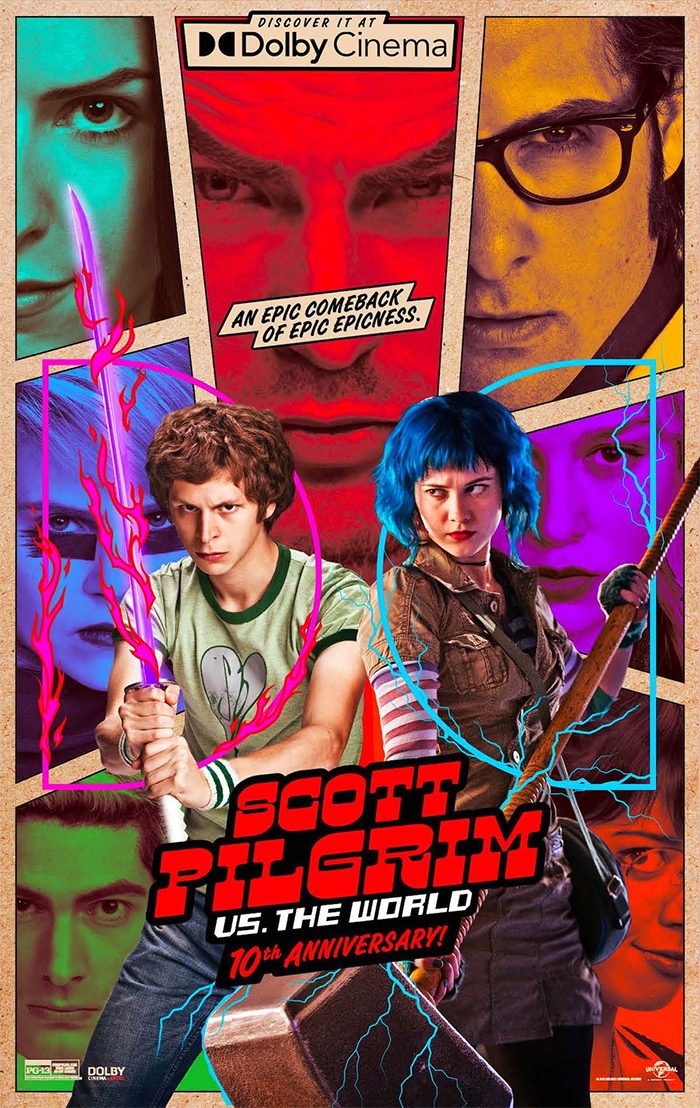 The post ‘Scott Pilgrim vs. the World’ is Getting an Enhanced Theatrical Re-Release for the 10th Anniversary appeared first on /Film.

/Film – ‘Slash Film: ‘Scott Pilgrim vs. the World’ is Getting an Enhanced Theatrical Re-Release for the 10th Anniversary’
Author: Ethan Anderton
Go to Source
March 24, 2021