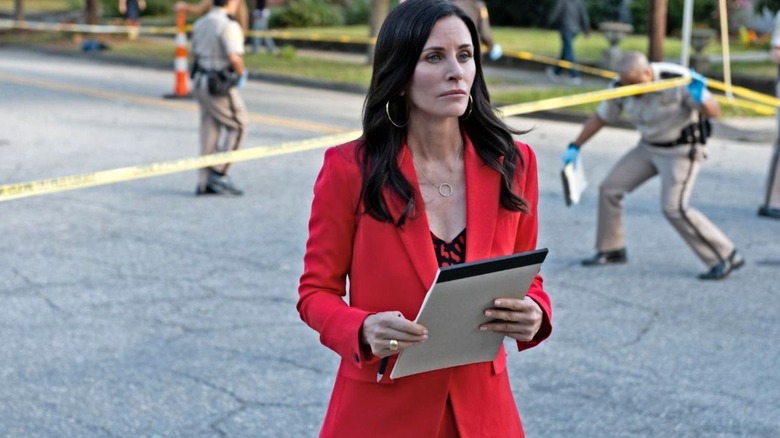 It’s a great time to be a “Scream” fan. Not only was this year’s most recent installment of the franchise a massive success that stayed true to the spirit of the original trilogy, but there seems to be no slowing down in the production of “Scream 6,” which will feature the returns of Courteney Cox’s Gale Weathers, Neve Campbell’s Sidney Prescott, and even Hayden Panettiere as Kirby. That’s right: Kirby’s still alive. The fan favorite’s survival was confirmed in a blink-and-you-miss-it cameo in “Scream 5,” and it looks like the franchise has now fully committed to bringing the character back in a major role.

Although it’s way too soon in the production process to say anything for certain, Courteney Cox is excited about the film so far. “I don’t know about contracts and where things are, but I’ll tell you in the script — it’s a really good one,” she told Entertainment Tonight. “You actually have to be killed if you talk about it, so I’m not gonna say anything.”

With “Scream 6” currently scheduled to come out as early as March 2023, this would make it the second-fastest produced sequel in the franchise’s history, beat by only a few months by “Scream 2,” which came out less than a year after the original’s release. Although I’m sure many fans will be concerned about the final cut of “Scream 6” being rushed as a result of its unusually short production time, “Scream 2” serves as proof that these movies can still be amazing when made on a time crunch.

The original “Scream” was more tightly-paced, but I’d argue “Scream 2” was even better overall. This was the film that introduced the in-universe “Stab” movies and effortlessly incorporated them into the narrative. It featured Gale’s chase scene, Sidney and Hallie having to crawl out of the police car, and the opening movie theater kills — three of the most effectively terrifying sequences in the entire franchise.

Could We Get Something On Par With Scream 2? 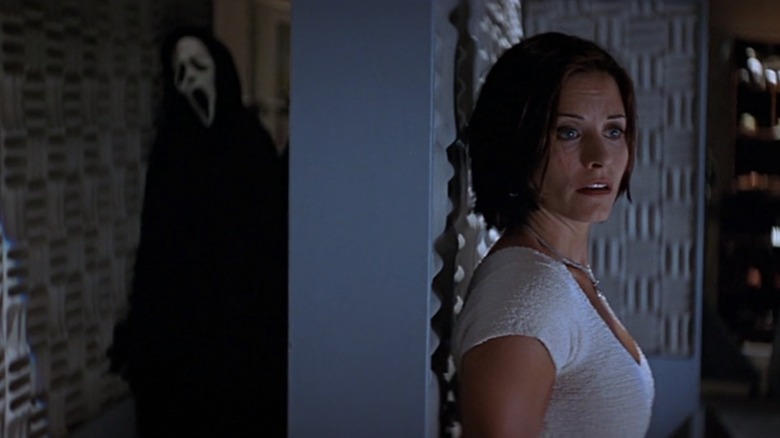 “Scream 2” benefits from the audience’s familiarity with the characters. The original held Gale, Dewey (David Arquette), and Randy (Jamie Kennedy) at an arm’s length. The movie’s whodunnit structure meant we weren’t really empathizing with them as victims since we knew there was a strong possibility that any one of them was the murderer. Going into “Scream 2,” we’d already gotten to know them, so we cared about their survival a lot more. Randy’s death in particular stings way more than any death in the original because of how familiar we are with him by that point in the series.

This could give “Scream 6” a huge advantage over its predecessor, as we can now safely root for returning characters like Sam (Melissa Barrera), Tara (Jenna Ortega), Mindy (Jasmin Savoy Brown), and Chad (Mason Gooding), in addition to the returning legacy characters. We have some history with them, so it’ll be that much more intense whenever they’re in danger.

“Scream 2” also works as a smart continuation of Sidney and Gale’s character arcs from the first film. After Gale has her first-ever experience being alone and stalked by the killer, she starts to fully realize how much pain she’s put Sidney through and starts prioritizing the well-being of those around her over her obsession with getting a good inside scoop. Meanwhile, the film explores Sidney’s trauma from the events of the first film with surprising depth and sincerity, as the killer takes full advantage of her trust issues by constantly pushing her to falsely suspect her boyfriend, Derek (Jerry O’Connell). Derek’s dying words to Sidney are “I would never hurt you,” which breaks her to the point where she’s almost entirely isolated herself from society by the beginning of “Scream 3.”

Considering the studio accomplished all that in less than a year, high hopes are justified as we wait for “Scream 6.”

Read this next: The 14 Greatest ’80s Romantic Comedies Ranked

‘Slash Film: Back To The Future Left Crispin Glover And Producer Bob Gale’s Relationship In Shambles’