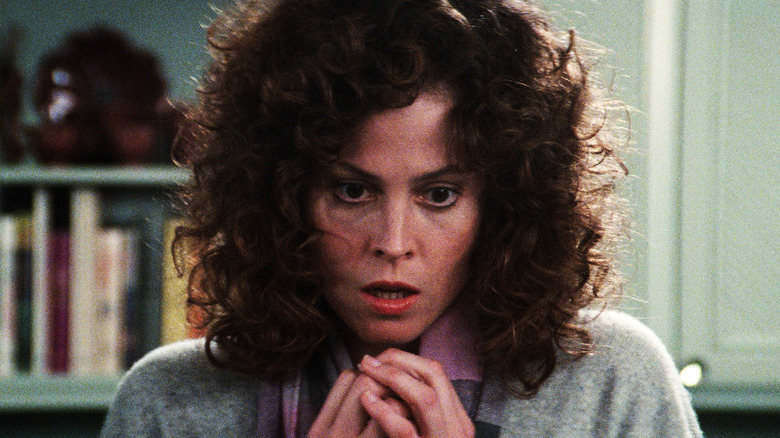 When Sigourney Weaver appeared as Dana Barrett in “Ghostbusters,” she was between two other landmark performances — in “Alien” and “Aliens.” The former served as her breakout role while the latter earned her an Oscar nomination for best actress, a first for her in her career.

Having dabbled in sci-fi horror and also romantic dramas like “The Year of Living Dangerously,” Weaver was looking to spice up her filmography with some work in a different genre. Mental Floss notes that she wanted to do a comedy after “Alien” — something to lighten the mood, no doubt, of an uncaring cosmos where all your space-trucker pals get killed by biomechanical monsters and “no one can hear you scream.”

Producers weren’t necessarily convinced that Weaver was the best fit for “Ghostbusters,” however. Though she made her feature-film debut in another Manhattan comedy, Woody Allen’s “Annie Hall,” there wasn’t a lot in Weaver’s resume to indicate that she had any comedic chops. All it took to convince them that she was right for the part of Dana … was for her to get down on all fours and bark like a dog. No, seriously. This is how Sigourney Weaver landed the part of Dana in “Ghostbusters.”

To quote the film, “There is no Dana, only Zuul.” But in the original draft of Harold Ramis and Dan Aykroyd’s “Ghostbusters” script, Dana never transformed into a demon dog, either. As it turned out, Weaver’s audition was instrumental in determining the course of the film’s last act.

The Dog-Eat-Dog World Of Auditioning (For Ghostbusters) 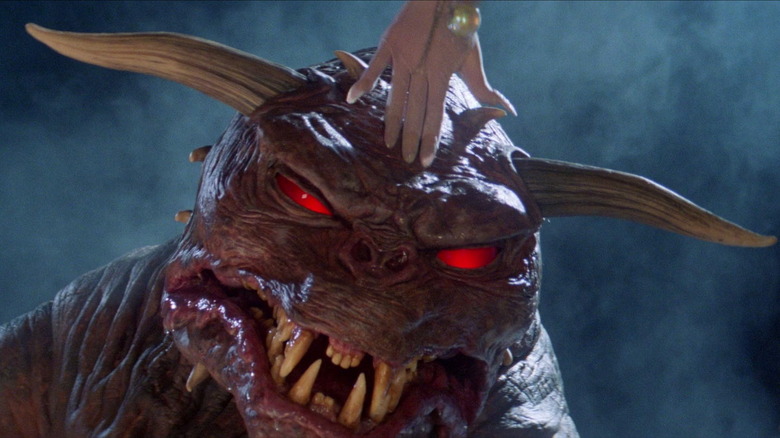 Weaver auditioned for director Ivan Reitman in his office, and though he had just met with a young Julia Roberts and been impressed by her, Weaver’s unconventional audition won him over even more. Speaking to The Hollywood Reporter in a retrospective around the time of the 2016 female-led “Ghostbusters” reboot, Reitman recalled Weaver’s audition vividly, saying: “She got on all fours on my coffee table, howling like a dog!”

Weaver told him, “I really think that Dana Barrett should be possessed. She should be like that dog on the roof.” At that point there was no physical connection between Dana and the demon-dog heralds on top of Spook Central, her Central Park West apartment building, where the Ghostbusters have their final confrontation with Gozer the Gozerian. Weaver’s suggestion — make Dana a dog — inspired Reitman so much that he immediately called up Ramis after her audition.

He later remembered, “Her idea of being possessed really personalized the larger concept — and that got included in the script. She was barely out of my office and we were writing it already.” So it was that Dana Barrett became encased in a stinky, transdimensional, demon-dog hide.

The funny thing is, “Ghostbusters” itself was initially set in outer space before Reitman came in and brought it down to earth as a quintessential New York movie. So there’s an alternate movie timeline where “Alien” and “Ghostbusters” could have both taken place in space. Dogs and people both tend to die in the “Alien” movies, so it’s nice that Dana could survive her time as a hound of hell and make it to “Ghostbusters: Afterlife.”

Read this next: The Ghostbusters Uniforms Have Special Tubes In Case They Pee Their Pants (Seriously)

TIFF 2021: ‘You Are Not My Mother’ Feeds Familial Fear