Space Jam: A New Legacy has been called many things: crass commercialism on full display, a soul-sucking trek through Warner Bros.’ stable of intellectual property, an underwhelming family film. But now a confusing new descriptor is being lobbied against the sequel: “not Space Jam.”

Joe Pytka, who directed the original 1996 movie, has been against the idea of a sequel for years, and now that he’s finally seen it, he has some harsh words for it. “They should not call it Space Jam 2, or whatever,” he says in a new interview. “It should be another movie. It’s not Space Jam. Space Jam is Michael Jordan.”

Speaking with Entertainment Weekly, Pytka went on a rant about why he believes this new movie is “not Space Jam.” What exactly he means by that remains a little murky, but here’s his quote:

I’ve worked with three people that have this magical quality that they affect people no matter what; they see them and some light goes on: Michael Jordan, Michael Jackson, and Madonna. All three have this quality where people connect immediately without understanding anything about them. And nobody else has that quality. LeBron is a fantastic basketball player, he’s a top-20 basketball player of all time. He is not Michael. Maybe they should call it something else. They should not call it Space Jam 2, or whatever. It should be another movie. It’s not Space Jam. Space Jam is Michael Jordan. No matter how much LeBron wants to be a great player — and he is a great player — he’s not Michael Jordan. There will never be another Michael Jordan.

To me, Pytka seems a little confused. At first, he makes a comparison between Michael Jordan and LeBron James, arguing LeBron does not have the same exact global star power that Jordan had in his prime. Okay, fair enough. Respectfully, though: of course LeBron is not Michael Jordan, because no one will ever have Jordan’s level of ineffable star power again thanks to the rise of the Internet and the myriad ways our culture has splintered since the mid-’90s. (Also, calling LeBron a “top-20 basketball player of all time” may sound like a compliment to people who don’t follow sports, but it reads to me as a not-so-subtle diss.)

But here’s where Pytka loses the thread. By saying “Space Jam is Michael Jordan” and indicating that unless Jordan himself is starring in the sequel then it can’t by definition be a Space Jam movie, Pytka is being willfully obtuse about the way stories are told and the way modern Hollywood operates. With vanishingly few exceptions, stars are no longer the biggest draw in movies: brands are. That’s something Pytka should understand better than almost anyone, considering his background directing commercials. (Remember, the idea for the first Space Jam was literally born out of a commercial campaign between Michael Jordan and Bugs Bunny.)

Anyway, if any of you need me for the rest of the day, I’ll be catching up with the only other feature film Pytka ever made: 1989’s gambling comedy Let It Ride, which has a poster that looks like this. 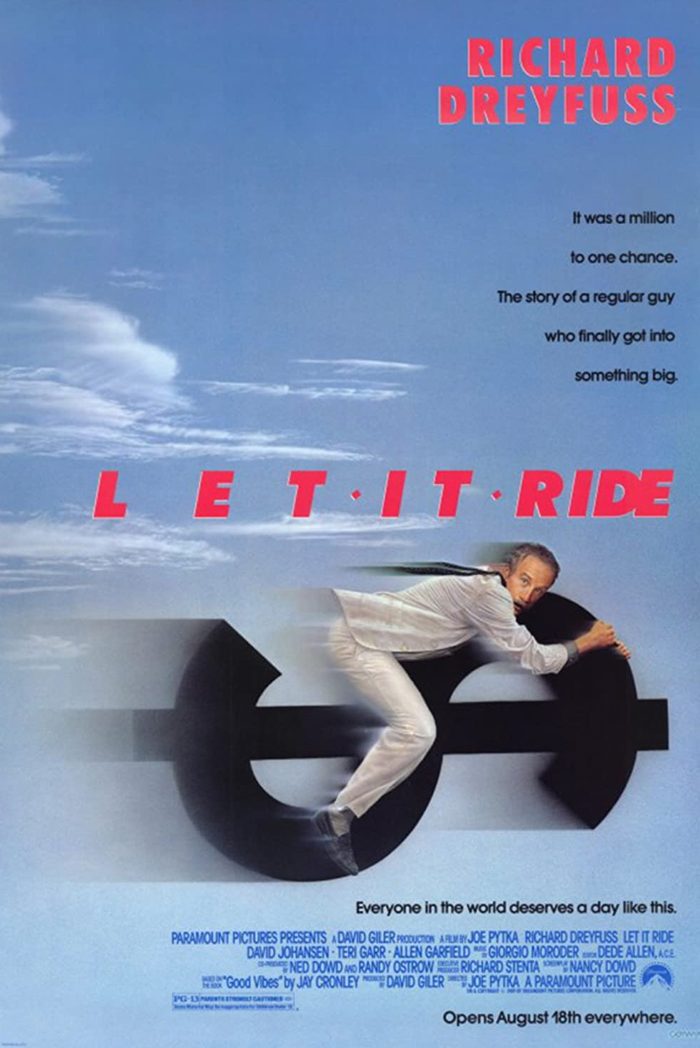