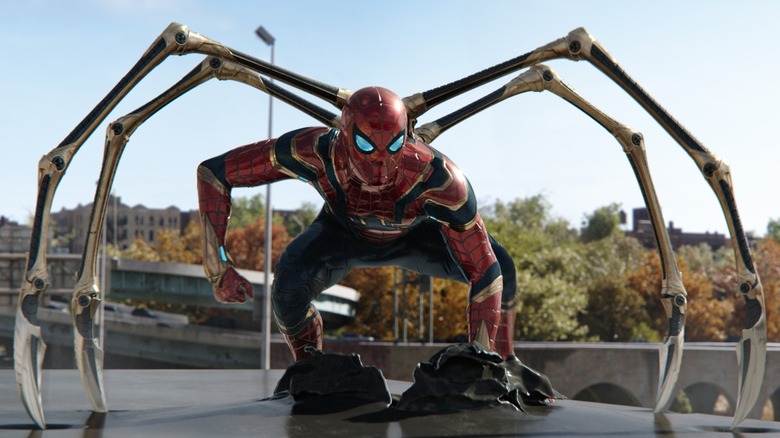 If there’s any piece of “Spider-Man” media that cuts right to the heart of the character’s ethos as efficiently as possible, it would probably be “Spider-Man: Into the Spider-Verse.” The recurring idea that Spider-Man always gets back up after taking a hit — whether a physical, literal one or simply the everyday hardships of life — is as simple as it is profound, and one that hopefully “Spider-Man: No Way Home” is looking to emulate. With last week’s release of the latest trailer for the upcoming threequel, Spidey actor Tom Holland actually showed up in-person for a special fan screening of the event in Los Angeles. While talking to the excited crowd before the footage played, Holland played up the physical toll that his character is apparently going to pay throughout the course of events in “No Way Home.” If you thought the film might take it easy on poor Peter Parker, think again! 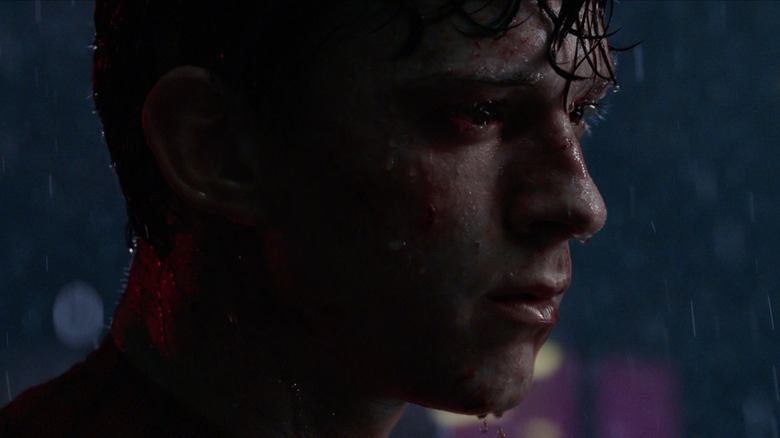 Of the many, many reasons Peter Parker is commonly considered one of the most relatable superheroes, the fact that he simply can’t catch a break has to be near the top of the list. First, he fades out of existence at the hands of Thanos, comes back to help save the universe, and witnesses the death of his mentor and friend, Tony Stark. Then, he’s taken advantage of and betrayed by his next mentor figure, who then leaks his identity to the world. Now, his very understandable instinct to undo this damage will apparently lead to the fracturing of the multiverse itself. On top of it all, he’s now in for a world of pain while facing off against a handful of terrifying foes.

According to GamesRadar, Holland had this to say:

“You’re going to see a style of fighting in this film that you’ve never seen in a Spider-Man movie before… They designed these fights to shock you guys, to really put you on your back foot.

And when we were shooting this one scene in particular, I reckon it’s a 35-beat scene between myself and one of the villains, and we shot it over and over and over again over three or four days, and I remember my knuckles were all bloody, and I was knackered, and we were fighting and fighting. In all fairness, it was awful, it was such a difficult time. But in the film, it’s so spectacular, and it is so overwhelming and you’ve never seen Peter Parker quite like it.

The trippy action sequences manipulated by Jake Gyllenhaal’s Mysterio in “Spider-Man: Far From Home” are easily the biggest highlights of the last film, but it appears as if “No Way Home” will go a step further in that department. Pitting Spider-Man against multiple threats from alternate universes is definitely one way to up the ante, and now we have a prolonged set piece that really puts Peter through the wringer to look forward to, as well. Man, if only he had some backup at his disposal.

‘Slash Film: Ridley Scott Is Disappointed About The Last Duel’s Box Office, But Suggests Time Will Be Kind To It’

‘Slash Film: Hawkeye Comic Writer Matt Fraction Was Involved ‘Throughout The Process’ Of The Disney+ Show’