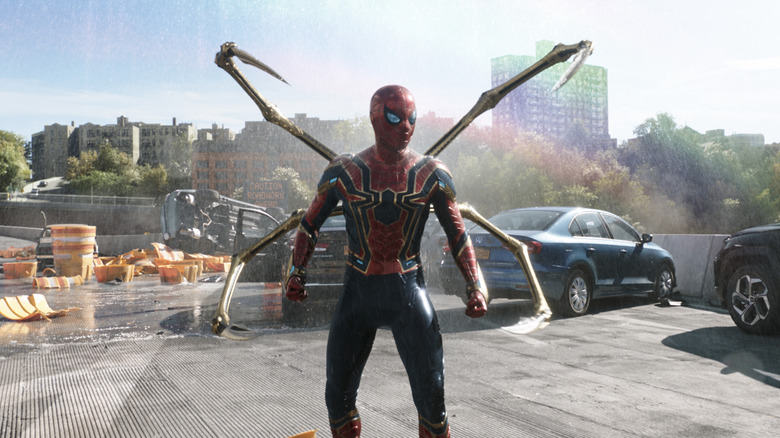 There’s been a lot of multiverse talk around the upcoming MCU film, “Spider-Man: No Way Home.” What’s arguably gotten less attention than whether Tobey Maguire and/or Andrew Garfield show up as alternative Spideys in the film, however, is whether this will be the last time we see Holland’s Peter Parker in a standalone movie.

In a recent interview with Entertainment Weekly, Holland shared that he along with director Jon Watts are viewing “No Way Home” as the final chapter in this section of Peter Parker’s life:

We were all treating [“No Way Home”] as the end of a franchise, let’s say. I think if we were lucky enough to dive into these characters again, you’d be seeing a very different version. It would no longer be the “Homecoming” trilogy. We would give it some time and try to build something different and tonally change the films. Whether that happens or not, I don’t know. But we were definitely treating [“No Way Home”] like it was coming to an end, and it felt like it.

‘Coming To An End’ 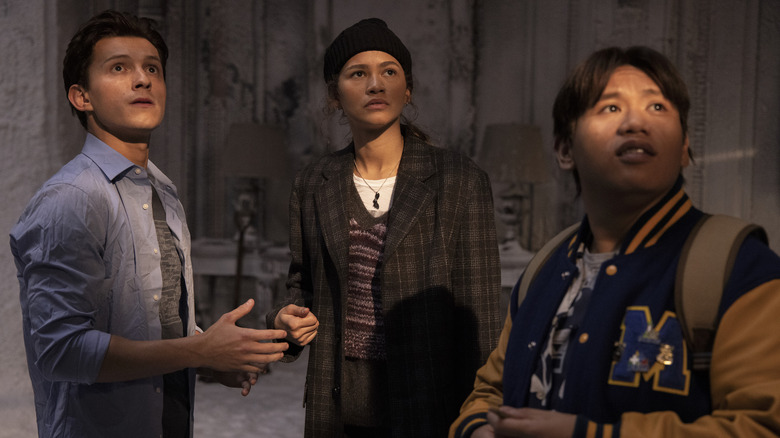 Holland went on in the interview to share what it was like shooting his final scene of “No Way Home” with Zendaya and Jacob Batalon, who play Peter Parker’s two closest friends — MJ and Ned:

We’ve been making these films for five years now. We’ve had such an amazing relationship, the three of us. We’ve been with each other every step of the way. We’ve done every single film, every single press tour. So this one scene, [we didn’t know] if this would be the last time [we were all working together.] [It] was heartbreaking but also really exciting because we’re all moving into the next chapter of our careers. So sharing that moment with them was maybe the best day I’ve ever had on set. I don’t think I’ve cried like that ever.

“No Way Home” has Holland’s Peter Parker dealing with a multiverse of trouble after he botches a spell he’s asked Doctor Strange (Benedict Cumberbatch) to cast in order to have everyone forget he’s Spider-Man (check out our breakdown of the movie’s trailer here). The story has him facing off against Alfred Molina’s Doc Ock; Electro, reportedly played by Jamie Foxx; as well as the Green Goblin, perhaps played by Willem Dafoe.

Who exactly we’ll see in the film, however, will likely have to wait until the movie comes out. “Spider-Man: No Way Home” swings its way into theaters on December 17, 2021.

The post Spider-Man: No Way Home Serves as the ‘End of a Franchise,’ Tom Holland Says appeared first on /Film.