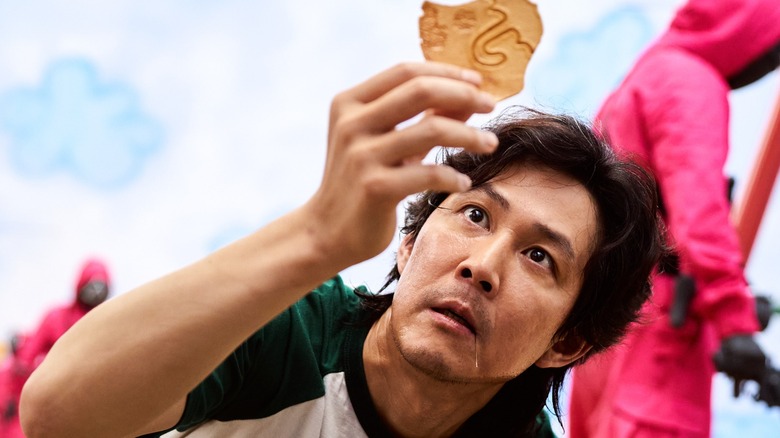 Step aside, “Bridgerton,” there’s a new Netflix obsession in town. “Squid Game” has officially become the streamer’s biggest series launch of all time, with 111 million global viewers since its September 17 release. Given the very loud hype and the fact that people are already planning their Halloween costumes around this show, the news shouldn’t come as a surprise. Still, Netflix has made a point of calling out the series success on Twitter.

Netflix is marking this momentous occasion with a not-at-all threatening video that thanks the 111 million viewers who tuned in and invites those who didn’t to “join the game.” Evidently, those of us stuck around for nine episodes of intense drama and lots of tears are now morally compromised, basically comparable to the Game’s VIP section … but at least we don’t have to play! For those who haven’t yet been sucked into the show’s orbit, games in “Squid Game” are very, very bad.

The series gathers hundreds of Korean residents riddled with debt and offers them a way out: millions of dollars in prize money. All they have to do is complete a series of challenges. The games in question harken back to those they played in the schoolyard and throughout childhood: Red Light, Green Light, tug-of-war, some random marble games… It would probably be an exciting, spirit-rousing event, if not for the fact that losing has deadly consequences. Here’s the series synopsis:

A mysterious invitation to join the game is sent to people at risk who are in dire need of money. 456 participants from all walks of life are locked into a secret location where they play games in order to win 45.6 billion won. Every game is a Korean traditional children’s game such as Red Light, Green Light, but the consequence of losing is death. Who will be the winner, and what is the purpose behind this game?

What The Numbers Reveal 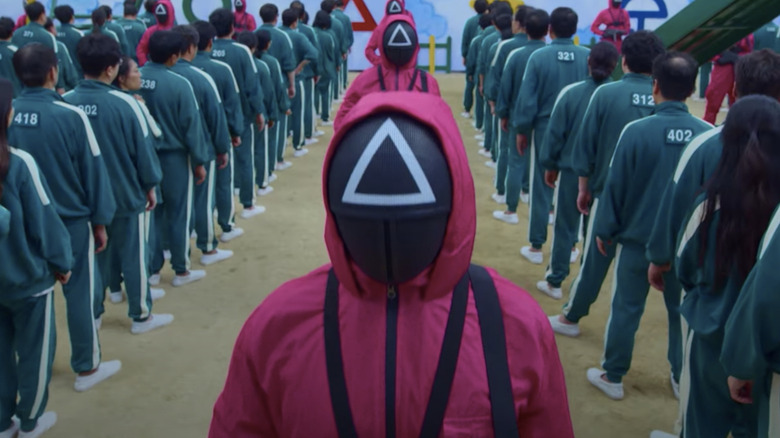 Hwang Dong-hyuk’s Korean survival drama now reigns supreme over “Bridgerton.” The Shonda Rhimes-created series held the previous record when, after premiering in December 2020, it was watched by 82 million households in its first 28 days. Regency-era romance is nice and all, but it’s nothing compared to … pain and suffering, apparently. “Squid Game” has enjoyed global popularity since its mid-September release, and along with breaking the viewing record, snagged and continues to hold the top spot on the Netflix Top 10 list.

Don’t let the excitement of all these numbers fool you — they actually don’t tell us very much. Netflix is notoriously stingy about its statistics, and this is no exception. The streamer’s figures only take into account users who tuned in for at least two minutes, so 111 million people viewing “Squid Game” doesn’t actually speak to the show’s rate of engagement. How many of said viewers completed the first episode? Or finished the series? Netflix’s opaque reporting of the numbers means we don’t have the full picture of the show’s popularity. By all accounts, “Squid Game” is on screens across the world and the buzz is certainly worth paying attention to, but it wouldn’t hurt to have access to the specifics. For one thing, we’d have a much better read on how Netflix will respond to this surge in popularity.

Minyoung Kim, Netflix’s vice president of content for Asia Pacific (excluding India) has given us a hint of the streamers response. He told CNN that the show’s success is “beyond our wildest dreams” and added:

“‘Squid Game’ gave [Netflix] more confidence that our global strategy is going towards the right direction.”

The post Squid Game Is Officially Netflix’s Biggest Series Launch Ever, According to Statistics They Won’t Share appeared first on /Film.

‘Slash Film: Dolph Lundgren Is Back In Tights On The Set Of Aquaman And The Lost Kingdom’