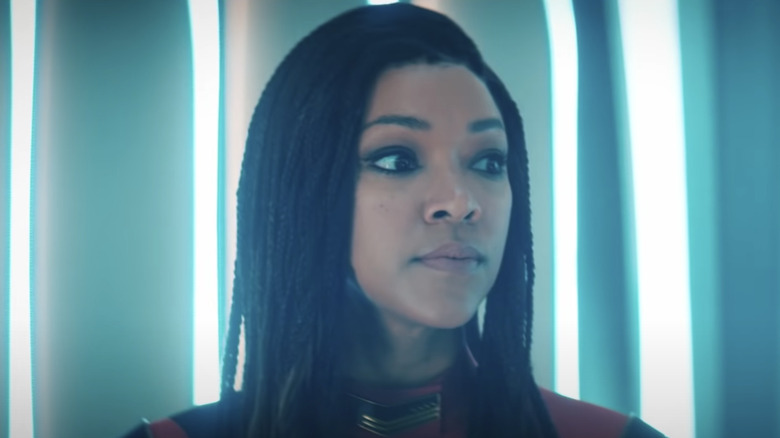 There is a big bad anomaly coming for the crew of “Star Trek: Discovery” and the new trailer for season 4 reveals that it will be a formidable force for Captain Michael Burnham (Sonequa Martin-Green) and her crew.

What is this anomaly? No one knows for certain, but the Discovery crew (in new uniforms!) — along with others from Federation and non-Federation planets alike — are on the case to figure it out and save billions from potential death. You know, just another gargantuan threat the poor D.I.S.C.O. crew has to face.

This new trailer, however, suggests that cooperation between the different groups doesn’t go as smoothly as it could. “Leadership is about balance,” one of Captain Burnham’s colleagues tells her in the trailer. “Your acts of bravery are huge swings of the pendulum. And there is a very fine line between a pendulum and a wrecking ball.”

Ouch! You can check out the new “Star Trek: Discovery” trailer below.

It looks like season 4 will again take us where no one has gone before, this time into the heart of an anomaly that has a high probability of killing them. We get glimpses in the trailer of what looks to be the inside of said anomaly, as well as several explosions and a very important look at the best space cat out there, Grudge.

Here’s the official synopsis for season 4 of the show:

Season four of STAR TREK: DISCOVERY finds Captain Burnham and the crew of the U.S.S. Discovery facing a threat unlike any they’ve ever encountered. With Federation and non-Federation worlds alike feeling the impact, they must confront the unknown and work together to ensure a hopeful future for all.

“The future remains uncertain, but the captain in me knows anything is possible,” Burnham says at the end of the trailer. She then ends the clip by saying, “Let’s fly,” which appears to be her new catchphrase for when she wants the U.S.S. Discovery to begin its journey toward whatever adventure it and the crew are about to go on.

The post Star Trek: Discovery Season 4 Trailer Takes Us Into The Heart of an Anomaly appeared first on /Film.

‘Coming Soon: No Time To Die Earns $56M at the Domestic Box Office, Over $300M Worldwide’