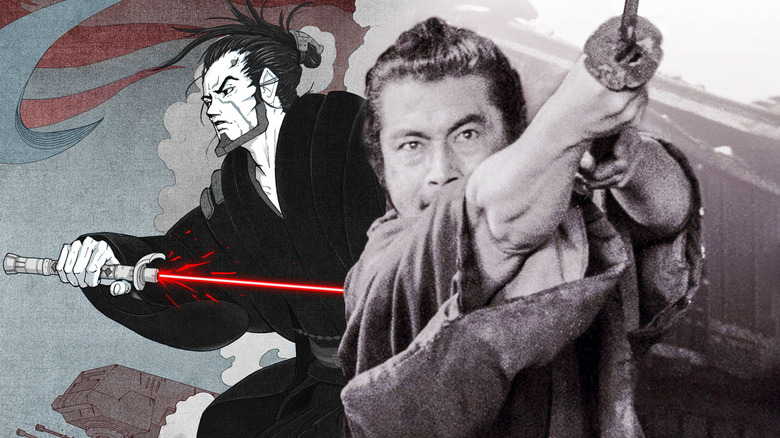 (Welcome to The Movies That Made “Star Wars,” a series where we explore the films and television properties that inspired George Lucas’ iconic universe. In this edition: Akira Kurosawa’s influence on “Star Wars: Visions.”)

For anyone who has any interest in the cinematic influences of “Star Wars,” Kurosawa’s name is always going to come up — whether it’s the flourishes of “The Hidden Fortress” George Lucas used to establish R2-D2 and C-3PO in “A New Hope” or most of the plot in “The Phantom Menace” to all of the “Seven Samurai” references across the saga,.

With the new series out on Disney+, “Star Wars: Visions,” legends in the Japanese animation industry were given free reign to interpret “Star Wars” in any way they saw fit. This dialogue between cultures continues a long line of competing influences between East and West. Kurosawa was incredibly influenced by John Ford’s western “Stagecoach,” injecting this influence into his samurai films. Then, Sergio Leone would take that inspiration from Kurosawa — most specifically “Yojimbo” — and remake it as a western with “A Fistful of Dollars.”

When George Lucas was learning the art of filmmaking at USC, the works of Akira Kurosawa were incredibly influential, and he reformulated elements from these jidaigeki films through his lens into “Star Wars.” That back-and-forth cinematic dialogue continues in “Star Wars: Visions,” wherein Japanese filmmakers take the elements of “Star Wars” and lean further into their original Japanese influences, creating something new altogether. 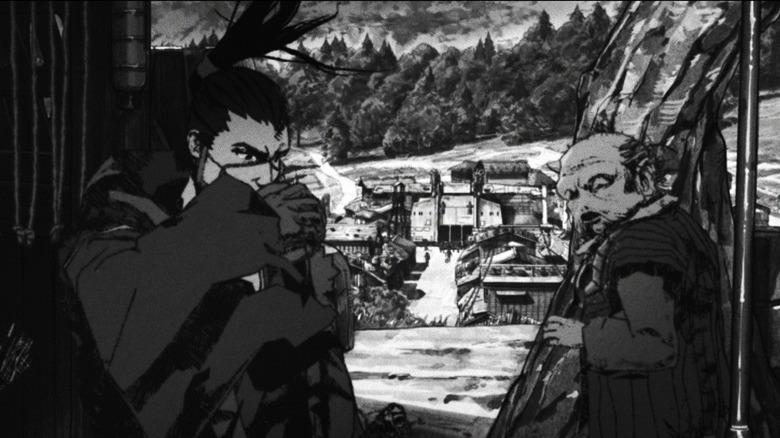 “Duel”, the first short film in “Star Wars: Visions”, takes cues from “Yojimbo” and “Seven Samurai.” The Ronin blows into town and finds himself in a tea shop, much like Toshiro Mifune in “Yojimbo.” You can tell that special attention was paid to the entirety of the short film to give it that grainy, black-and-white film look that permeates older prints of these Kurosawa films.

“Duel” also plays insistently with imagery straight from the Kurosawa classic. The wind rolling in on the road, pulling at the Ronin’s uniform instantly brings to mind the classic shot of Mifune walking through the dusty street, toward the gang who needs to be taught a lesson. The Sullustan’s shop in “Duel” functions identically to the space that Mifune’s character finds himself in as he watches the competing sides duke it out for control of their tiny village. The short also brings in elements from “Seven Samurai,” as the villagers under attack are circled before the bandits just like the opening of Kurosawa’s 1954 masterpiece. The ending duel in “Duel” takes as much inspiration from “Revenge of the Sith” as it does the master swordsman’s duels.

More than anything, “Duel” dials up the samurai elements of “Star Wars,” increasing up the traditional role of samurai in real-life history and casting them as Jedi and Sith. Sith seem less evil in this iteration of the story, and more like the wandering ronin of jidaigeki films. Author Emma Mieko Candon takes that idea even further in her expanded adaptation of “Duel” in the novel “Star Wars: Ronin.” There are scenes in the book evocative of the Lucas-produced “Kagemusha,” with feudal Jedi lords jockeying for position with the samurai in their control. There are definitely threads in the book similar to the post-war malaise of Kurosawa’s “Drunken Angel,” as well. 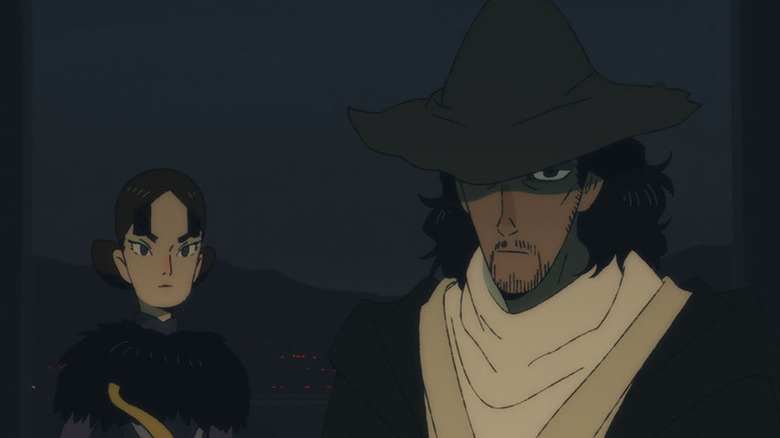 If the chief Kurosawa inspirations in “Duel” are “Yojimbo” and “Seven Samurai,” “Akakiri” is definitely more influenced by “The Hidden Fortress.” “Akakiri” tells the tale of a samurai in a cowboy-like hat (another nod to that East-West cinematic dialogue) who accompanies a princess through enemy territory in order to reclaim her title. The peasants leading them are inspired by the very peasants that gave birth to R2-D2 and C-3P0 in the mind of George Lucas. The look of everything in “Akakiri” nods to the work of Kurosawa, even down to the hair and make up of the princess.

“Throne of Blood” is another film that served as an inspiration for “Star Wars,” this time for “Revenge of the Sith.” You can see how much “Throne of Blood” inspired “Akakiri” as well, in how the choices of the main characters are made. Tsubaki, the cowboy/samurai Jedi in “Akakiri,” Anakin Skywalker, and Toshiro Mifune’s Taketoki Washizu in “Throne of Blood” all have to make regrettable choices that they believe are for the right reasons. They each bargain with devils and grapple with the grim fate of their foretold destinies.

The end of the film, where a red mist envelopes the scene and the characters are left to wander out into their destiny evokes the color filmmaking of Akira Kurosawa. Both in “Dreams” and “Kagemusha,” Kurosawa uses color in addition to the weather to tell visual stories in the subtext, and in animation in the “Star Wars” universe, the filmmakers are able to combine both. The symbolic importance of the red fog is even stronger when you realize that the title, when broken into its component parts, literally means “red fog.” 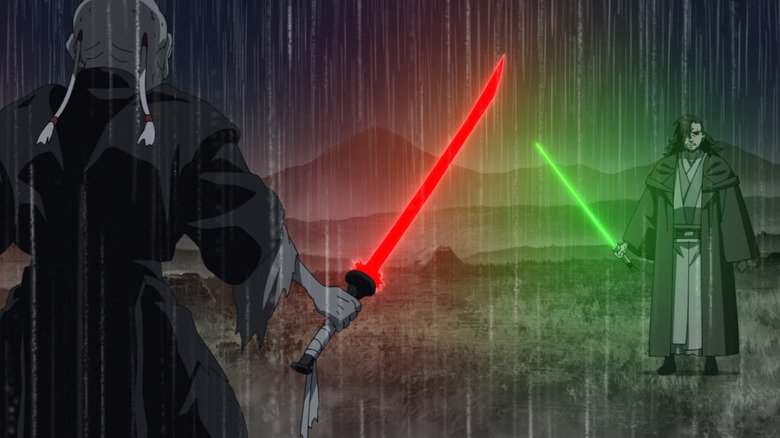 Watching through the entirety of “Star Wars: Visions,” it would be easy to say that the work of Akira Kurosawa influenced every single one. Kurosawa’s use of samurai iconography brought George Lucas to the concept of the lightsaber and Jedi garb, and these are on full display in every short. The DNA of “Star Wars” is encoded with Kurosawa’s work. Seeing it shift back and forth in one more conversation between the artists and filmmakers behind “Star Wars: Visions” is remarkable. Art imitates art, East iterates West iterating East iterating West, and it bears studying.

“Star Wars: Visions” is currently streaming on Disney+. Many of Kurosawa’s works are available to stream on the Criterion Channel.

Read this next: Star Wars Movie Villains Ranked Least To Most Powerful

Over 1.2 Million Households in the United States Have Streamed ‘Halloween Kills’ on Peacock