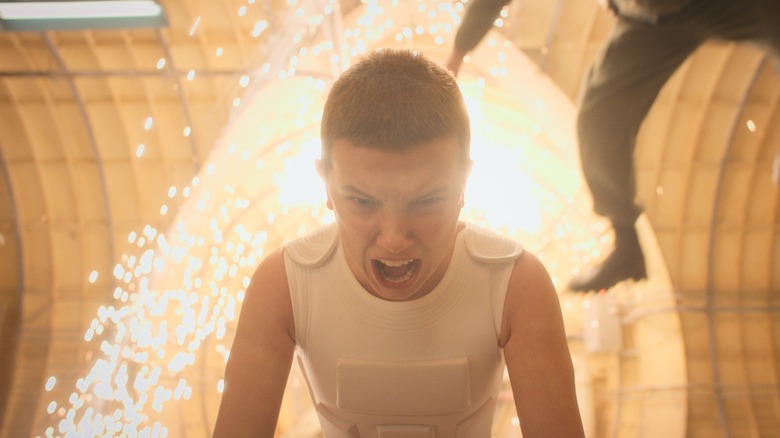 Ever since “Stranger Things 4: Volume 1” revealed that Eleven is partially responsible for the creation of Vecna, this series’ most terrifying and intriguing villain to date, many fans of the series have been arguing about whether or not this means Eleven actually created the Upside Down. The debate stems from the fact that Eleven is, as far as we know, the first person to access the Upside Down when she opens up a gate in order to trap One, her evil superpowered counterpart inside, causing him to undergo the gruesome transformation into Vecna in the process. Some viewers feel this means that Eleven actually created the Upside Down, while others feel it merely means she was the first person to access the preexisting plane. So what is the truth? 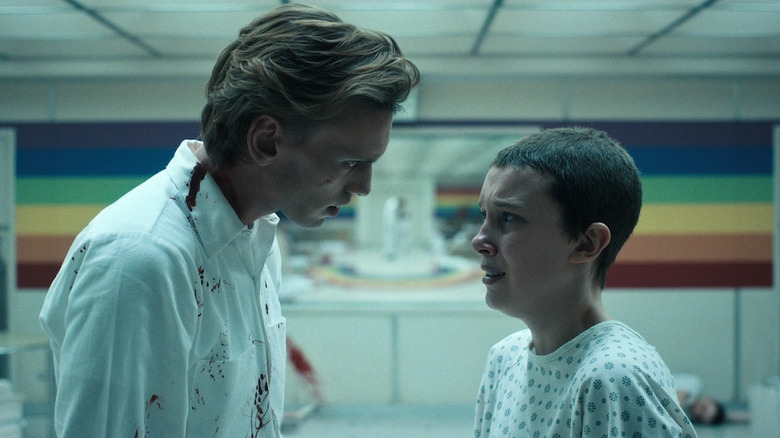 A quick Google search will reveal any number of Reddit threads, Twitter posts, and articles all trying to get to the bottom of it. Luckily, Millie Bobby Brown, the actress who plays Eleven, has recently weighed in on the debate in an interview with Variety. After being asked whether or not she believes Eleven created or merely accessed the strange, alternate dimension, the young actress had this to say,

Now that we’ve heard from Eleven herself on the issue, that settles things once and for all, right? 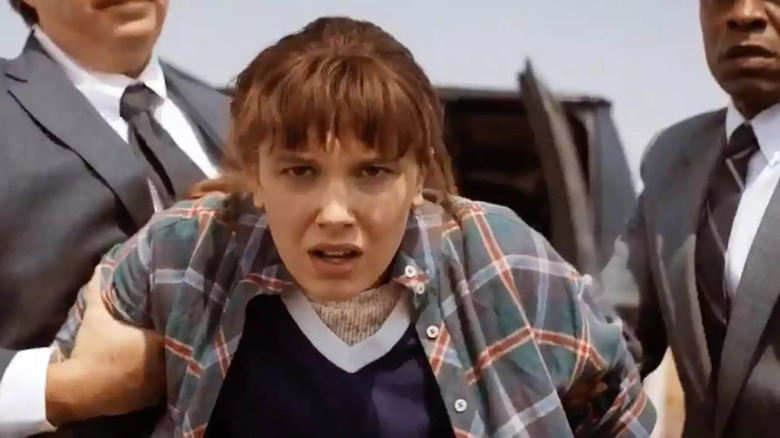 If it’s true — and definitely appears to be — that Eleven didn’t create the Upside Down, then that particular debate is more or less settled; however, this only leaves us with more questions. Since Eleven didn’t create the spooky alternate realm beneath Hawkins, then who did? And more importantly, to what end? In addition to these questions, there’s also the fact that Nancy and some of the others who end up temporarily trapped in the Upside Down discover that the bizarre underworld is frozen in time.

Specifically, they find out that the parallels between the world above and the Upside Down haven’t been “updated” since Nov. 6, 1983, although the current year in the series is 1986. What significance does that date hold, and why did it cause the Upside Down to become frozen in time? Additionally, how was Eleven able to access the Upside Down in the first place? Throughout the series thus far, she doesn’t appear to have had any awareness of its existence prior to trapping One/Vecna inside, but since she only just appears to have remembered doing that in the first place, perhaps she knew it was there before. Maybe all of the gifted magical children knew about it? Maybe that’s why they were there in the first place. Who knows? Whatever the case may be, we’ll hopefully get answers to at least some of these burning questions when “Stranger Things 4” returns with Volume 2 on July 1. In the meantime, we can all obsess over every detail in the latest trailer.