Did you catch the WandaVision tribute to Stan Lee in last week’s episode? Want to see some new photos from the set of James Gunn‘s Peacemaker? Which Marvel Comics writer wants WandaVision to have a happy ending? How much did Zack Snyder get paid to finish his cut of Justice League? Need a rundown of who Agatha Harkness is before she’s fully unleashed on WandaVision? All that and more in this edition of Superhero Bits.

The cast of Superman & Lois series on The CW talk about what the Man of Steel‘s symbol means to them.

James Gunn shared some photos from behind the scenes of the Peacemaker TV series coming to HBO Max.

Fans are rallying for Marvel Studios to bring back Jessica Alba as Sue Storm for the new Fantastic Four.

Cracked breaks down a few storylines from Marvel Comics that were probably too dark for WandaVision.

An anonymous Warner Bros. executive was shocked at how bad Joss Whedon’s Justice League turned out. 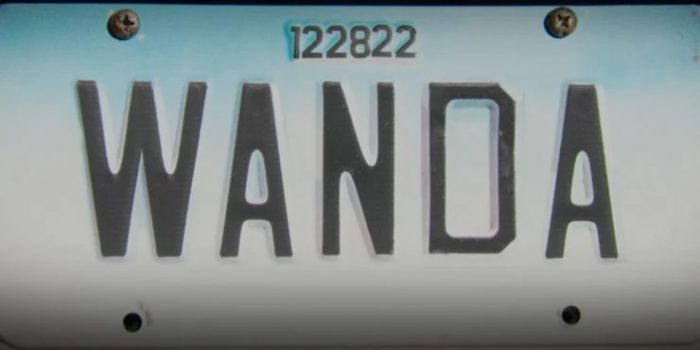 The opening credits for last week’s WandaVision included this license plate with Stan Lee‘s birthday on it.

‘Slash Film: ‘Stranger Things’ Season 4 Will Be the Darkest Season Yet’