In this edition, of Superhero Bits:

Suicide Squad Editor Opens Up About The Ayer Cut

First up, editor Kevin Hickman has opened up about some of the major changes that were made to David Ayer‘s original cut of Suicide Squad. Hickman explained to CinemaBlend:

“We ended up having to restructure how the characters were introduced. That was something that we toyed with right up until the movie was finished. In the original structure, the characters are kind of introduced in linear fashion and the way that it ended up, we spent the first 20 minutes like bam, here’s this guy, bam, here’s this person, here’s their origin, here’s their backstory. So we kind of shoved everything into the viewer’s face right up front so that we could get the story going. Whereas in the original structure, it kind of happened in many events. So you’re, you know, 45 minutes in the movie and now we’re meeting this person and seeing their backstory. So we found a way to make the film more efficient as far as opening up and introducing all the characters.”

For his part, Hickman hopes David Ayer’s cut of the movie will get released at some point, adding, “It was less comedy. It was a much darker film. It was almost like a Black Hawk Down type thing. It was just very militarized, very serious.” Unfortunately, Warner Bros. has no plans to release it as of now.

If you didn’t get enough of Dennis the Mailman in Marvel’s WandaVision series, actor Amos Glick created an amusing little rap that gives us more of the unsuspecting postal service worker who got caught in Wanda Maximoff’s hex. There’s even a reference to Mephisto for all you devilish Marvel fans out there.

Fans of Marvel’s WandaVision know all about the endless and ultimately unfounded speculation about Mephisto being behind the mind-manipulating events of the series. So you can imagine how excited folks were when it seemed like a stained glass window depicting the devil in Loki was a tease of the villain. Unfortunately, director Kate Herron has confirmed it’s not intentional. Herron told Entertainment Tonight:

“It’s honestly just a super weird coincidence. Like, it’s genuinely a reference to Loki – the horns, he was cast out of heaven, that’s what it’s a reference to. I did see all the stuff about that online and I was like, ‘Oh, this is going to be interesting.’ [Laughs] But no, it’s more relevant to the themes of our show and it’s not a nod to that character.”

For head writer Michael Waldron‘s part, it sounds like he doesn’t know much about the character, so his inclusion is even less likely. Waldron said, “Mephisto, I was just reading about that character. It’s pretty interesting. It would be interesting if he ever showed up in the MCU.”

We’re not going to hold our breath.

Here’s the promo and official synopsis for the tenth episode of the first season of Superman & Lois:

The episode was directed by Harry Jierjian and written by Adam Mallinger.

There was once talk of a sequel to The LEGO Batman movie happening with director Chris McKay getting back in building brick mode. Unfortunately, that sequel has been scrapped, but McKay offered some details on how far along the movie was in development and what it would have been about.

Dan Harmon (Rick and Morty, Community) and some of his frequent collaborators had apparently finished an entire draft of the script, and it was structured like The Godfather Part II, with a story that took place both before and after The LEGO Batman Movie. But what was the story about? McKay revealed to ScreenCrush:

Sadly, that movie is dead in the water for now. McKay added: “I wish there was a way for us to go do that movie because that would have been a lot of fun.” But he does offer up a consolation idea by saying, “Maybe there will be a LEGO Fast and Furious or LEGO Jaws or LEGO something that I could possibly work on.” Yes, please!

Here’s the promo and official synopsis for the 13th episode of the seventh season of The Flash on The CW:

Cecile (Danielle Nicolet) is forced to confront her past in order to break free from a psychic prison. Meanwhile, Chester (Brandon McKnight) takes over for Cisco but makes a mistake that puts Barry (Grant Gustin) in serious danger. Joe (Jesse L. Martin) investigates Kristen Kramer’s old military ties and discovers an unsettling truth.

Rachel Zegler Spotted on Shazam! Fury of the Gods Set

Some spy photos that we can’t post here spotted West Side Story actress Rachel Zegler on the set of Shazam! Fury of the Gods. We’re not entirely sure who she’s playing, but she’s wearing some kind of golden superhero wardobe that makes her look like she could be part of the Shazam family. Is there a chance a new adopted kids joins the gang?

The first episode of Loki is available now on Disney+. We already dove into some of the more interesting and potentially revealing Easter eggs from the show, but ScreenCrush digs even deeper with nearly seven dozen hidden references, comic book details, and MCU callbacks that you might have missed or want to know more about.

Todd McFarlane is currently working on a huge new line of Spawn comic books and hopefully a feature film adaptation that will do the comic justice. On top of that, he’ll be expanding the Spawn universe to television with an adaptation of the detective spin-off series Sam and Twitch. McFarlane himself announced the news today (via Comic Book Resources):

“My two detective characters Sam Burke and ‘Twitch’ Williams appeared in the very first issue of Spawn #1 back in 1992. Since then, they’ve become fan favorites and have branched out into their own comic series throughout the years. Their stories, blending traditional crime noir and the supernatural, is a combination that I’ve always thought would make for an entertaining television drama. The addition of wiip and the creative writing skills of Jason Smilovic and Todd Katzberg make for a very compelling team that we all hope leads to the entertaining show we know this can be. If you like cool, moody, creepy, odd crime stories, this will be your cup of tea!”

The Sam and Twitch TV series will be produced by McFarlane Films and Wiip, the studio behind the acclaimed HBO crime thriller series Mare of Easttown. Series producers Jason Smilovic and Todd Katzberg will adapt the comic and act as executive producers on Sam and Twitch, alongside Todd McFarlane and Wiip’s Paul Lee and Mark Roybal.

We’re not sure where the series will be airing, but we’ll keep you posted.

The Hollywood trade Variety rounded up the main stars of Marvel’s new TV shows on Disney+ for a big 42-minute discussion about their extended work in the Marvel Cinematic Universe. Listen to WandaVision‘s Elizabeth Olsen and Paul Bettany, The Falcon and The Winter Soldier‘s Anthony Mackie and Sebastian Stan, and Loki‘s Tom Hiddleston as they talk all things Marvel and much more. 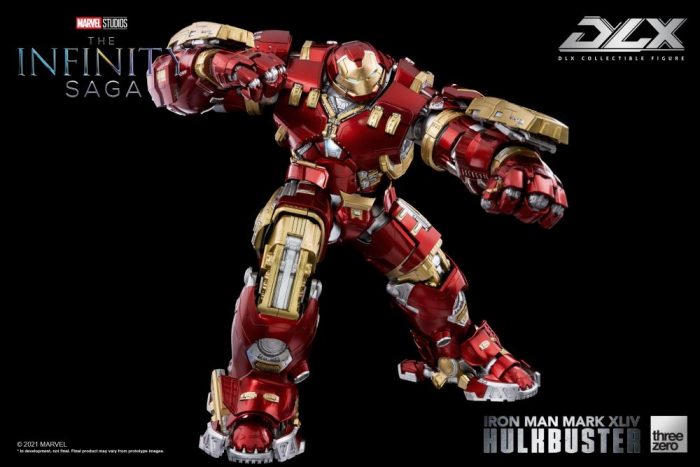 Get a look at ThreeZero’s new Hulkbuster figure inspired by the suit’s appearance in Avengers: Age of Ultron.

DLX Iron Man Mark 44 “Hulkbuster” armor is specially designed to engage in different poses, particularly the signature landing pose. The exterior chest armor and the head of Mark 44 can be opened and the interior panels can slide apart to insert the torso of the Iron Man Mark 43 (sold separately) figure inside. Together, the two figures form the impressive Hulkbuster.

The chest, back, and eyes of the figure light up, and there’s functional forearm armor, three pairs of interchangeable hands, a pair of fists, a pair of relaxed hands, and a pair of hands for shooting repulsor blasts.

ThreeZero’s Hulkbuster figure is listed for $249.99 and set for release in the first quarter of 2022. See more at ToyArk. 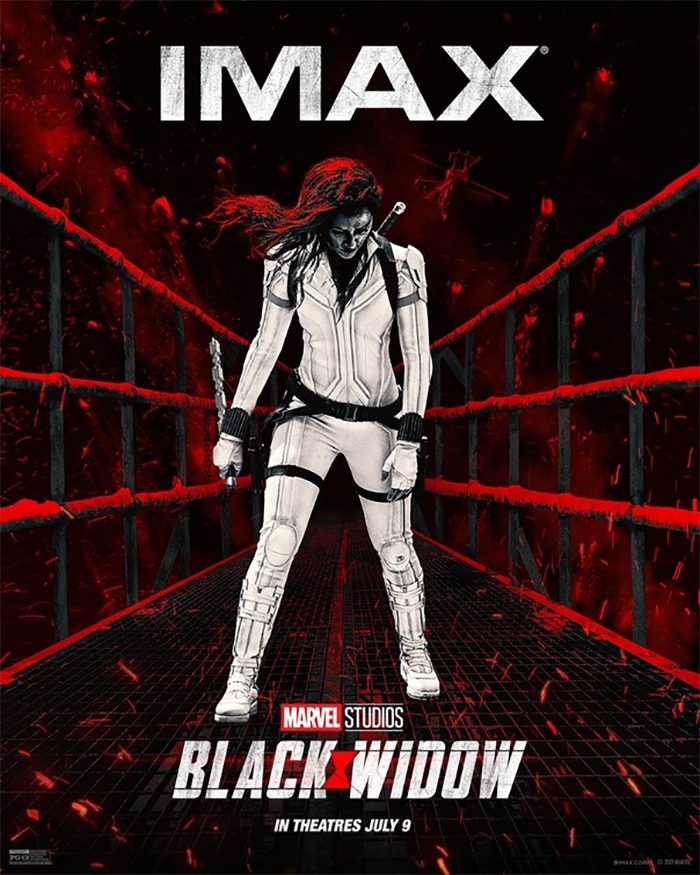