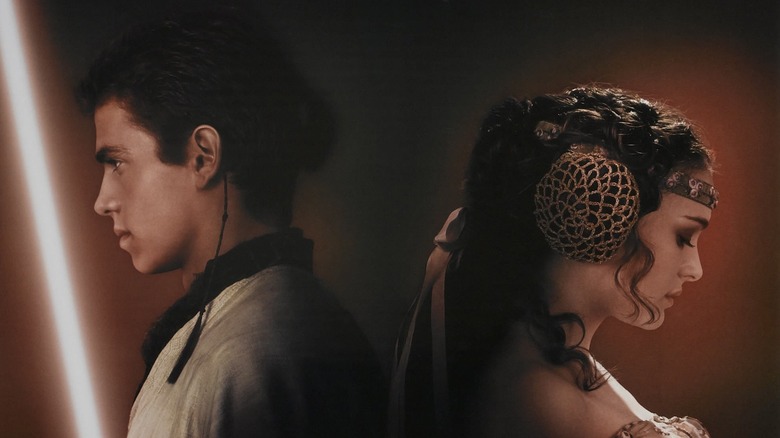 There was a really dark period for “Star Wars” fans that occurred between 1983 and 1997. It was after “Return of the Jedi” hit theaters and before the Special Editions were released in theaters. There was virtually nothing big happening with the franchise. Sure, this period gave us Grand Admiral Thrawn in the “Heir to the Empire” trilogy and video games like “Shadows of the Empire,” but there was no big event to look forward to. That all changed in 1999 with the release of “The Phantom Menace,” The franchise’s return with a brand new story to the big screen after 16 years, going back to the beginning (sort of) to tell us the tale of Anakin Skywalker and how he became Darth Vader.

The movie was a resounding success, financially speaking, but director George Lucas found himself at the wrong end of a great deal of critical disappointment, as well as vocal disapproval from fans in an age when the internet was just starting to become a tool to build online communities. But the financial success, as well as bigger plans, ensured that a sequel would follow, and follow it did in the form of 2002’s “Star Wars: Attack of the Clones.” It remains, in more ways the one, a low point for the franchise, and one that has been recontextualized a great deal since its initial release.

In honor of the movie’s 20th anniversary this coming week, we’re looking back at Episode II, how the reaction to Episode I impacted the film, how it became a majorly successful disappointment, and what lessons might be gleaned from its successes and failures all two decades after the fact. Let’s dig in.

The Movie: Star Wars: Attack Of The Clones 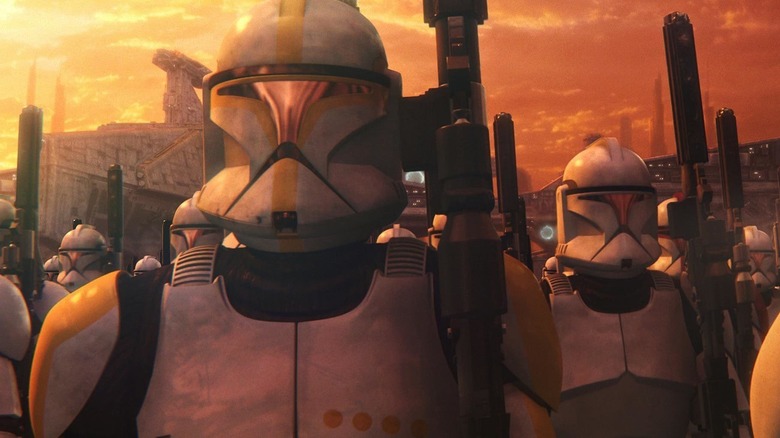 The story in “Attack of the Clones” picks up a full decade after the events of “Phantom Menace.” This is such a key decision as it allows for a few things to happen. For one, Anakin is grown up now and Hayden Christensen got to step into the role as an angsty, coming-into-his-own Padawan to Ewan McGregor’s Obi-Wan, his teacher in the ways of the Jedi. It also allowed for the central story to truly kick into high gear as Ani was all grown up now, so when Natalie Portman’s Padme Amidala sees him again after years apart, all bets are off. Let the forbidden love begin!

Aside from the love story, there is also the whole business of the creation of the Clone Army at the center of this, which Obi-Wan investigates. Christopher Lee’s Count Dooku, Yoda’s former apprentice we come to find, is the Sith pulling strings behind the scenes. It also provides an excuse in the movie’s third act to finally see Yoda in action with a lightsaber. Plus, we get to meet Boba Fett’s dad, Jango Fett, whose DNA provided the template for the Republic’s Clone Army. Granted, he gets his head chopped the f*** off by Mace Windu during the movie’s climactic battle, but his DNA is, quite literally, entwined in the franchise in a gigantic way.

One element that we see an awful lot less of is Jar-Jar Binks, with the maligned character getting far less screen time in the sequel. To be clear, this was surely in response to the negative reaction the character was subject to following the release of Episode I, even if Lucas absolutely loves Jar-Jar. At least in some respects, this film is a reaction to its predecessor and the way audiences reacted to it, for better or for worse.

A lot of pieces are moving around the board in the sequel and it makes for a kind of messy film that doesn’t totally come together until the third act. But from a technological standpoint, it is a wildly important film as it was one of the first movies ever to be shot entirely on digital. Lucas has always been about advancing cinema with technology and, in this case, he was very far ahead of the curve. As for the corny dialogue such as “I don’t like sand” or any of the other bits one wants to pick out of this film? Speaking for “The Star Wars Archives,” Lucas made no apologies about his approach:

“Most people don’t understand the style of Star Wars. They don’t get that there’s an underlying motif that is very much like a 1930s Western or Saturday matinee serial. It’s in the more romantic period of making movies and adventure films. And this film is even more of a melodrama than the others.”

Lucas was going to make the movies he wanted to make and, given that “The Phantom Menace” made more than $1 billion at the box office, Fox probably wasn’t going to stop him. Whether or not some intervention would have helped is up for debate but this was Lucas’ show and he was going to run it the way he wanted to run it. Period. 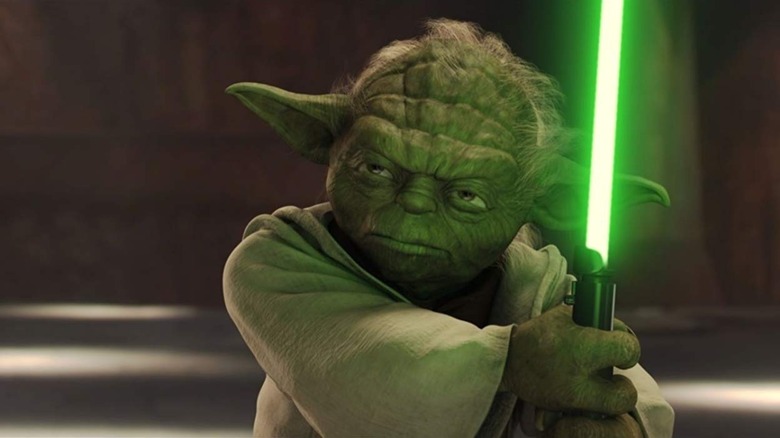 “Star Wars: Attack of the Clones” hit theaters on May 16, 2002, as was tradition for years as the original “Star Wars” first hit theaters in the summer of ’77. It wasn’t until “The Force Awakens” was released in December of 2015 that the tradition would be broken. In any case, audiences turned up in impressive numbers on opening weekend, with the second entry in George Lucas’ prequel trilogy taking in $80 million, which was a lot better than “The Phantom Menace,” which earned $64.8 million in its opening weekend several years earlier. However, the bright flash wouldn’t last and the sequel would fade fast in the coming weeks.

In the end, “Attack of the Clones” finished its run with $310.6 million domestic and $346 million from international markets for a $656.6 million total. Now, let’s be clear, against a $115 million budget, that is a number any studio would have been thrilled with 20 years ago. Hell, studios would kill for that kind of return now. But this isn’t just any franchise, this is “Star Wars” we’re talking about. And the decline in just three years was significant. “The Phantom Menace” had earned $474.5 million domestic on its way to $1.02 billion globally. We’re talking about a drop of around 34%. That’s no small thing.

Was “Attack of the Clones” the lowest-grossing entry in the series up to that point? No, technically not as “Return of the Jedi” ($475 million) and “The Empire Strikes Back” ($549 million) both made less. But this is a situation where accounting for inflation adds a great deal of perspective. “Return of the Jedi” would have roughly made $858 million in 2002 money, whereas “Empire Strikes Back” would have made $1.1 billion, give or take if adjusted for inflation at the time of Episode II’s release.

That being the case, “Attack of the Clones” set a new low bar for the franchise that wouldn’t be tripped over for years to come — until in 2018, “Solo: A Star Wars Story” made a disastrous $393 million, forcing Disney and Lucasfilm to rethink a whole lot of things. But that’s a story for another time. It’s also worth noting that Episode II fared slightly better with critics, currently sitting at 65% on Rotten Tomatoes, compared to 51% for “The Phantom Menace.” However, the audience rating for “Attack of the Clones” is a mere 56%, with only “The Last Jedi” (42%) ranking lower in that department — not to open up that can of worms again. All of this to say, the bar for a galaxy far, far away was officially lowered in the summer of 2002 and there is no getting around that.

The Lessons Contained Within 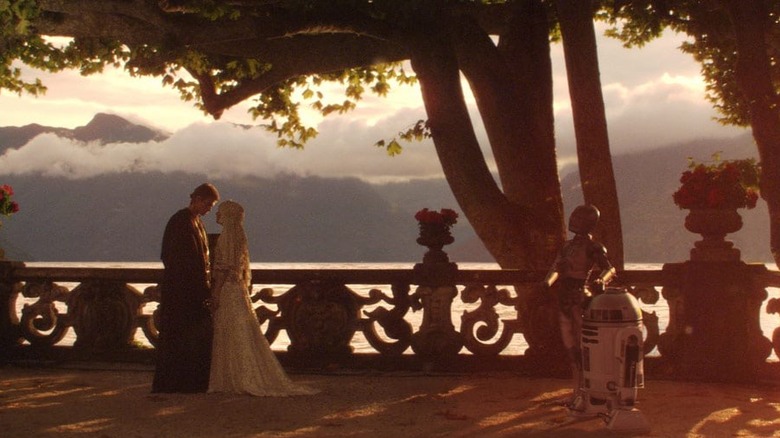 One interesting thing to consider is how that lowered bar ended up teeing up the ball for “Revenge of the Sith” to deliver the goods in 2005, with Lucas offering up by far the best entry in the trilogy, even if it was by default to some degree. If we remove that groan-worthy Darth Vader “No!” moment from the ending, it’s a damn fine “Star Wars” movie and one whose reputation only grows stronger as the years roll on, it seems. So, on one level, a perceived lesson could be that having a low bar to clear only helps with overall perception when it comes to the relative nature of success.

Look, George Lucas created “Star Wars” and none of us would have it without him. He’s one of cinema’s great storytellers and the man deserves respect. That said, he also really seemed to get in his own way an awful lot during this period of his career. It’s downright impressive the degree to which he shrugged off what might have been safe and did precisely what he wanted to do. That having been said, there is an eternal lesson contained within this movie that applies now more than ever, as Hollywood simply cannot get out of its own way a lot of the time in its pursuit of box office dollars earned on the backs of franchise films.

That lesson, as I see it, is that just because something is attached to a property that people care about does not guarantee success. Look at what happened with “Morbius” recently, for example. General audiences only cared so much that it was loosely connected to “Spider-Man.” That proved to be a recipe for disaster. Even “Solo” is kind of a lesson cut from that same cloth as it was pretty clear that audiences weren’t clamoring for Han Solo’s backstory, even if that movie really does have its fans. “Attack of the Clones” had to contend with the unparalleled excitement for the return of “Star Wars” that came with “The Phantom Menace,” which was ultimately met with a lot of disappointment. That probably explains the quick flameout.

If Lucas had made a better movie, we probably would have seen better holds week-to-week with Episode II. Instead, it came and went in a hurry, relative to its predecessor. As “Revenge of the Sith” would demonstrate a few years later, a better movie will almost always draw a bigger crowd. All of this makes one wonder what the next era of “Star Wars” is going to look like on the big screen following the conclusion of the Skywalker saga in “The Rise of Skywalker.” But if there is one shining example of what not to do, it may well be “Attack of the Clones.”

The post Tales From The Box Office: 20 Years Ago, Attack Of The Clones Set A Low Bar For Star Wars appeared first on /Film.

‘Slash Film: Minari’s Most Devastating Moment Was Just As Emotional Behind The Scenes’