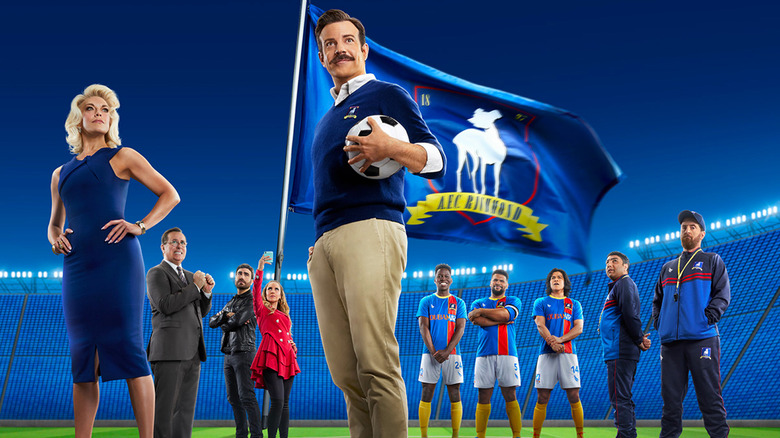 The season 2 finale of “Ted Lasso” is now streaming, and people are going to have opinions. This second season was a richer, more complex experience, and that rubbed a lot of people the wrong way. Some fans were particularly unhappy with how Nate, once a quiet, nice guy, slowly turned into a big jerk. While I can understand why this would irk some people – “Ted Lasso” became popular as a “nice” show, and therefore people weren’t expecting such an affable character to suddenly go rogue – I also give the series and its writers credit for taking risks. Yes, I love how warm and fuzzy “Ted Lasso” can be. But I also appreciate the show trying to shake things up a bit. I also feel like some people need to realize that if a show makes a character do things you don’t agree with it doesn’t automatically mean the show is bad.

For now, though, Nate has turned to the dark side. The final moments of “Ted Lasso” season 2 fully sets him up as an antagonist, as he first blows up at Ted with a big, angry speech, and then later takes a job as the coach for West Ham United, meaning that his team will eventually be facing off against Ted’s team. Nick Mohammed, who plays Nate, sat down with EW to address his character’s drastic transformation. And he’s not making excuses for Nate, either. “I don’t think I can condone any of his actions,” Mohammed said, adding:

“He crosses the line with Keeley, he crossed the line with Will, the kitman, he crossed the line with Colin, who was rude to him, and he crossed a huge line with Ted. And, ultimately, he’s betrayed the club and gone elsewhere. So I don’t condone those actions at all. In terms of empathizing with him, Nate is such a troubled soul, and he’s the same guy from Season 1; he’s insecure, he lacks confidence, he needs praise and he’s now not getting any at all, and he has a toxic relationship with his parents. That’s very clear. Ted was almost a replacement father figure in season 1 and now he feels even abandoned by Ted. So he’s questioning if anything that Ted did for him had any real meaning. He’s at such a loss and he’s lashing out at all the people who’ve stood by him. He’s just making mistake after mistake. So I can’t defend his actions, but he does lay it out to Ted in that scene between the two of them, he explains how he felt abandoned. And it’s true. There hasn’t been a scene between Ted and Nate this whole season, and that’s deliberate. It’s to make the audience feel, hopefully, that Nate has been lost. He hasn’t been able to have it out. He’s just been this bubbling pressure cooker of a whole manner of emotions and he’s really got no release valve.”

Mohammed also added that he’s fully aware that there might be backlash. “The fan base is strong and they love the show, and I think, particularly episode 11, with all the surprises that that brings, they were deeply shocked, but they were very kind in the little bit I saw on social media” he said. “Yeah, they were saying that they hate Nate. [Laughs] But it’s right, they should, because he’s made a series of wrong decisions.”

I’m glad Mohammed points out that distinction. Yes, people are angry about Nate – but they should be angry. Nate’s heel-turn isn’t supposed to make the audience comfortable. And that’s okay!

The Empire Strikes Back Season 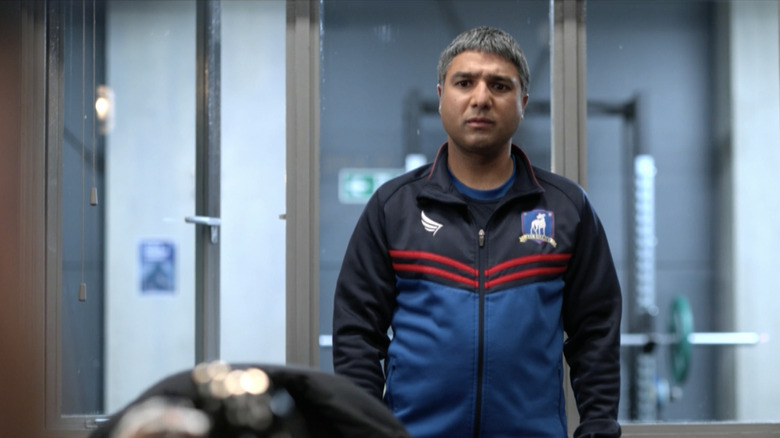 As it turns out, Nate’s character change was discussed even before a second and third season had been officially ordered. “I knew very early on, before season 2 and 3 had been commissioned,” Mohammed said. “I remember we were filming the gala episode in season 1, and Jason and I sat next to each other for long periods of time as they reset the cameras and stuff, and he kind of outlined the whole three season arc for Nate, including this sort of Empire Strikes Back season, which has been this turn to the dark side for Nate.”

“I didn’t know quite how far they were going to take it, and so every time I got sent a new script, I was like, “Oh, crikey, here we go.” It threw people off. They were like, “Hang on, this isn’t the Nate that I love.” It’s been an absolute rollercoaster, but really fun and, frankly, really challenging to play at times because my comfort is to do awkward comedy rather than to do anything more than that. So to do those scenes, which have a little bit more emotional weight to them, was challenging, but fun. I’ve just had to ride this wave and it’s been thrilling.”

I sincerely believe there’s a subset of viewers who, to be blunt, don’t know how to watch things. And I think that played a part in the reaction to “Ted Lasso” season 2. A show taking a character in a new, unexpected direction isn’t a bad thing, but you’d never know it based on some of the feedback for season 2. Still, this comment from Mohammed makes it clear that everyone involved with the show was well-aware this was going to be potentially controversial, but that didn’t stop them from taking the risk. 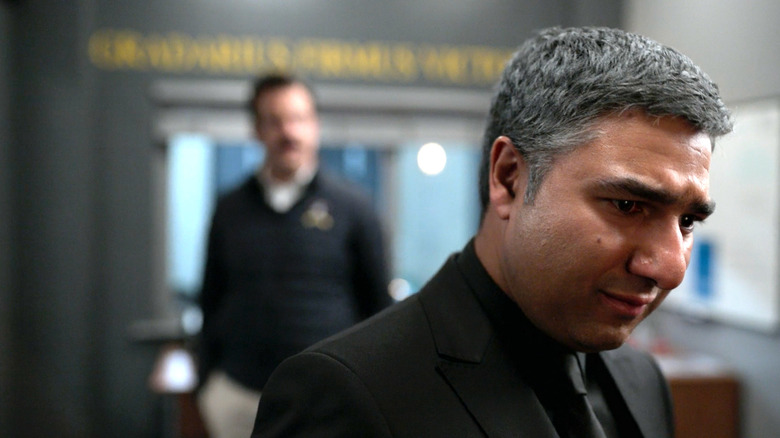 While I expect Nate to have some sort of change of heart/redemption in season 3, some viewers might’ve hoped Nate would’ve seen the error of his ways in the finale. But he didn’t – and that’s because in his mind, he’s right. As Mohammed says: “I knew that there was no release … Because, again, it makes it feel quite raw and real, because it’s like Nate really believes everything he’s saying. There’s not going to be some moment where they’re going to score a goal and everyone’s friends again and it’s going to be fine. He absolutely oversteps in that speech to Ted, and in the second half of that football game, there’s no going back. Whatever happens, he’s made his bed and he’s going to have to lie in it. It’s quite distressing.”

It sure is! But it doesn’t mean it’s bad for the show. And I’m excited to see where this all leads whenever season 3 arrives.

The post Ted Lasso Actor Addresses the Inevitable Hate That Will Come From the Season 2 Finale appeared first on /Film.

Montreal Nouveau 2021 Review: AFTER BLUE, Succumb to the Desiring Nightmare