During the month of October, Netflix will receive several new additions to its streaming library that we’re very interested in – shows like The Haunting of Bly Manor, Song Exploder, and The Queen’s Gambit, and films like Ben Wheatley’s Rebecca and Aaron Sorkin’s The Trial of the Chicago 7. But I haven’t seen any of those yet, so here are the best TV shows and movies coming to Netflix in October 2020 that I have already seen and can easily recommend.

Any movie that contains some of the best performances of both Jonah Hill and Brad Pitt is absolutely worth a watch, even if you don’t know a damn thing about baseball. Moneyball is about the art behind the sport – not the physical playing, but the business and management side of creating a team, analyzing strengths and weaknesses, and besting your opponents by essentially doing more homework than they did.

There are shots and images from the Coen Brothers’ 1996 dark comedy crime caper that will stay with me forever. The wood chipper. The snow-covered parking lot. An injured Steve Buschemi frantically digging up the ground. Frances McDormand and William H. Macy have rarely been better than they are here (Franny McD won an Oscar for her work), and this singular story with its unique tone ended up sparking a hit-and-miss TV continuation two decades after it came out.

Long before dancing his way across a dirty, grimy Gotham as the Clown Prince of Crime in Joker, Joaquin Phoenix starred in a smart, emotional, complex relationship drama about a man who was in love with his operating system. With sharp direction from Spike Jonze, beautiful cinematography, and a near-future setting that didn’t seem too far into the sci-fi realm, Her was ahead of its time when it came out seven years ago. It’s also notable for being the first of two movies in that period in which Scarlet Johansson plays a character who either is or ends up turning into a piece of digital intelligence. 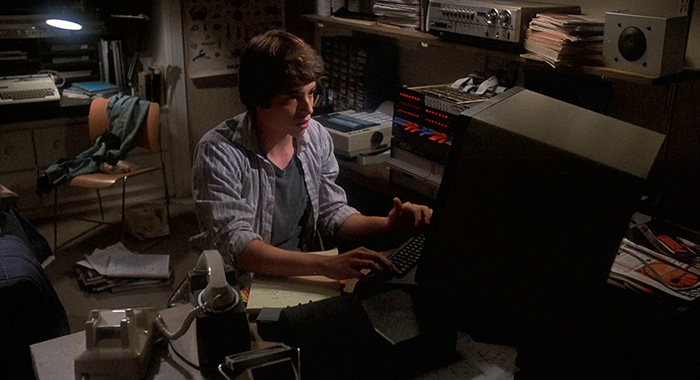 Three years before he had one of the best days off in cinematic history, Matthew Broderick was asked a similar question to the one that the serial killer Jigsaw would pose to all of his victims in the Saw franchise: shall we play a game? Broderick’s teen hacker ends up engaged in global thermonuclear war with a high-tech military computer, and the stakes couldn’t be higher: if he loses, he starts World War III.

Hunt for the Wilderpeople

The post The Best Movies & TV Shows Coming to Netflix in October 2020 appeared first on /Film.

The Best Movies & TV Shows Coming to Netflix in October 2020

The only real valuable thing is intuition.