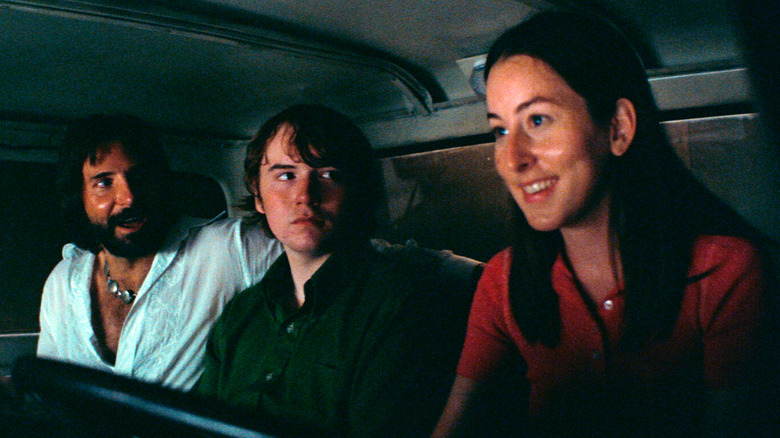 Calling all Blu-ray fans: here’s a post about Blu-rays! As always, I have gathered up some of the hottest new home media releases, all in the name of advising you on what to seek out. Missed these titles in the theater? Want to just watch them again? I can help! And while streaming becomes more and more prevalent these days, we must always remember to cherish our physical media, darn it! This latest Blu-ray round-up brings you the latest from Paul Thomas Anderson, a wonderful new Pixar title, an underrated drama from last year, a doomed werewolf movie, and two new entries in The Criterion Collection. Keep spinning those discs, folks. 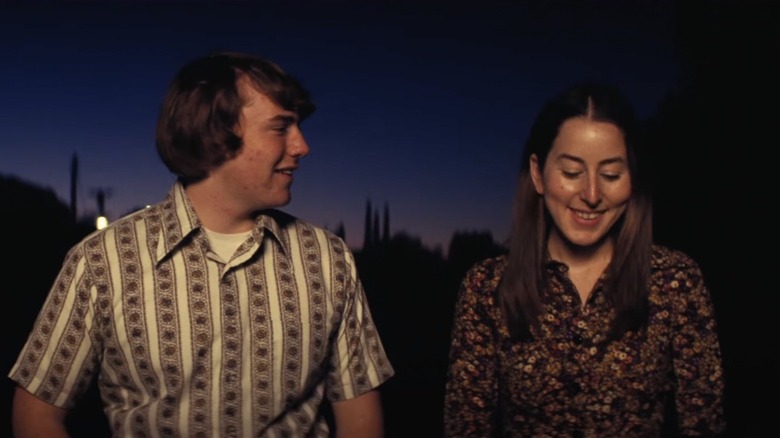 Paul Thomas Anderson’s “Licorice Pizza” is a hang-out movie. That is, it’s a shapeless slice of life tale that drifts through several events. Some may not have patience for this. Others, like me, may think the film is a near-masterpiece. Anderson has yet to miss, and “Licorice Pizza” is a shaggy, charming, funny, melancholy tale. Is it problematic at times? It sure is, and I won’t make excuses for some of Anderson’s choices here (there’s a running “gag” involving a character who does a racist Asian voice that lands with a thud each time). That said, I find the hand-wringing over the film’s central relationship — between teen con man Gary Valentine (Cooper Hoffman) and 20-something Alana Kane (Alana Haim) to be a lot of hot air. While it’s clear these two are drawn to each other, their relationship remains almost entirely chased. It’s sweet, and clumsy, and intentionally awkward. Hoffman, son of Philip Seymour Hoffman, is damn good here. But the film really belongs to Haim, who is so charismatic, so funny, so likable that it’s kind of bonkers that this is her first serious acting role. And then there’s Bradley Cooper, who shows up for one scene (as Hollywood producer Jon Peters) and steals the show. Is this Anderson’s best movie? No, but it’s yet another entry in his incredible filmography, and I can’t wait to see what he does next. Now, if only we could’ve gotten a 4K release for this title. 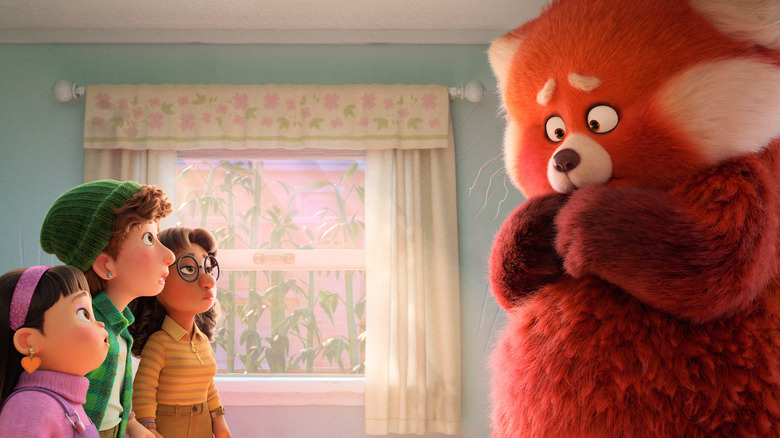 “Turning Red” is one of the best original Pixar movies in quite some time (I thought “Soul” was fun but missed the mark, “Luca” was kind of forgettable, and the less said about “Onward” the better). It’s funny, it’s sweet, it’s a great encapsulation of the idea that being a tween going through puberty is a nightmare. 13-year-old Meilin “Mei” Lee (voiced with great enthusiasm and mortification by Rosalie Chiang) has a great collection of friends and wants nothing more than to attend a concert for her favorite boy band, 4Town. Unfortunately, Mei has a problem: she suddenly finds herself turning into a giant red panda. Throw in the fact that her mother (Sandra Oh) keeps embarrassing her (in public!), and it’s fair to say that Mei is going through some stuff. Full of madcap energy, a shifting style of animation, and a genuinely sweet story, “Turning Red” is proof that the folks at Pixar still have it. 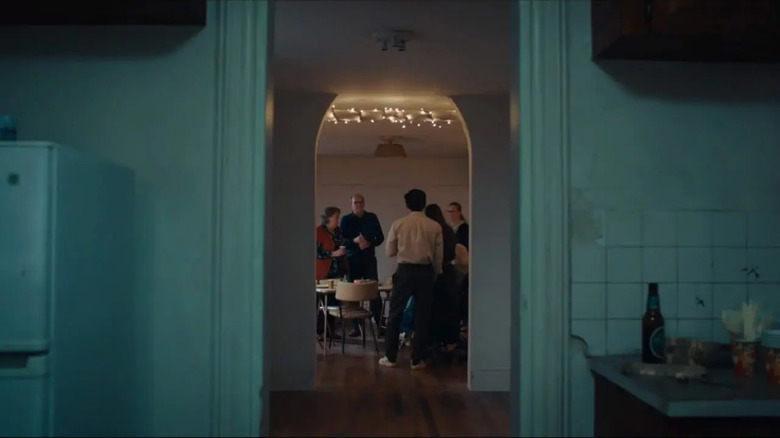 “The Humans” came from the folks at A24, but it sadly didn’t have as much of a flashy release as some of their other movies. Which is a shame, because it was one of my favorite movies of last year. While “The Humans” is, on the surface, a family drama, it unfolds like a horror film. Stephen Karam, adapting his own play, keeps the camera at a strange distance — lurking, turning us into eavesdroppers and voyeurs. The story follows a family (Richard Jenkins, Jayne Houdyshell, Amy Schumer, Beanie Feldstein, Steven Yeun, and June Squibb) who get together for Thanksgiving. Little by little, their insecurities, resentments, and fears come out, creating an atmosphere of dread that’s impossible to shake off. This sort of scenario — people sitting around in a room and simply talking — could’ve backfired and made the film feel stagey. But Karam’s direction, which turns the apartment the film is set in into a kind of nightmare, keeps “The Humans” incredibly engaging and unnerving. 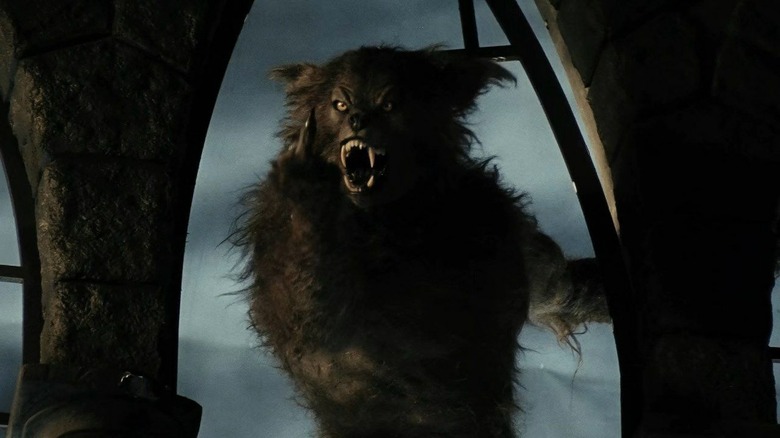 A werewolf movie from the team that brought you “Scream”? What could go wrong?! Apparently everything. “Cursed” reunited director Wes Craven with writer Kevin Williamson to tell a tale of werewolves in Hollywood. Sounds great, right? Sadly, studio interference (in the form of the Weinsteins) hampered “Cursed” every step of the way. Great practical make-up effects were replaced with truly dreadful CGI, and the story is a jumbled mess. A director’s cut does exist, but that can’t quite make up for all the tinkering. Still, “Cursed” has its charms. I mean, it’s a movie where Judy Greer turns into a werewolf, and that’s the type of idea I can get behind. Christina Ricci stars here, and she seems a little lost with this material. It doesn’t help matters that her character works for the long-forgotten Craig Kilborn late-night show, making “Cursed” woefully dated. 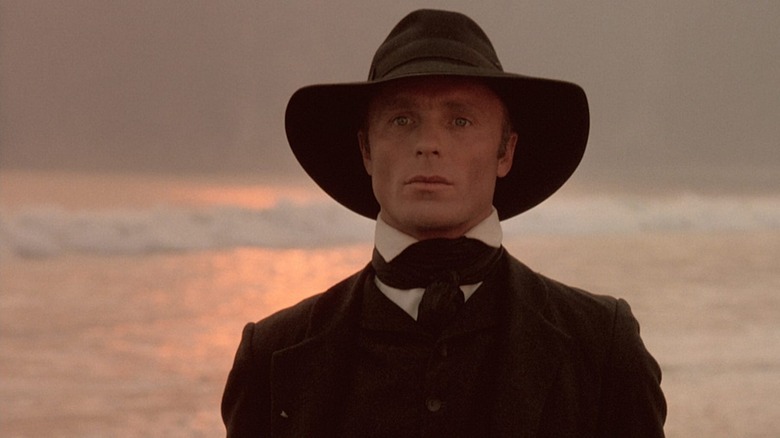 “Walker” is the film that pretty much killed any chance of Alex Cox (“Repo Men”) having a major Hollywood career. That’s not entirely surprising, because watching “Walker,” the one thought I had over and over again was that I was shocked a Hollywood studio released this movie. Not because it’s bad — it’s great, in fact! — but because it’s so chaotic, and unique, and brutal. Based on the true story of William Walker, “Walker” stars Ed Harris as the title character, an American who ends up becoming the president of Nicaragua through a series of unlikely, and insane, events. Blistering funny (in a bleak way), “Walker” is a condemnation of Manifest Destiny and imperialism, blanketed with a punk rock vibe. Even though the film is set in the late 1800s, Cox throws in tons of deliberate anachronisms to make the entire film all the more surreal. 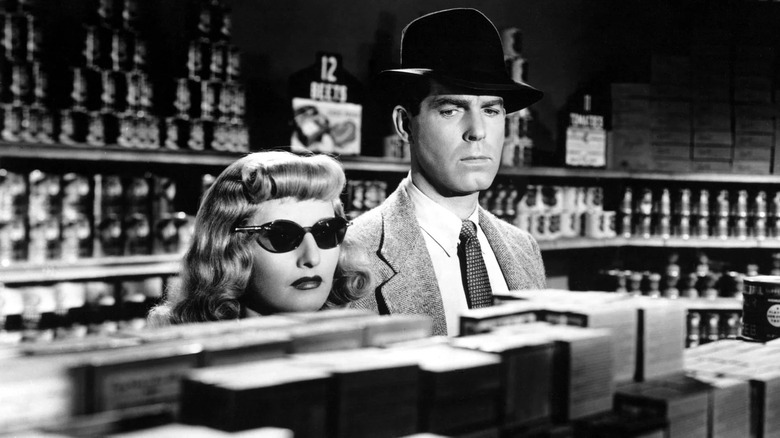 One of the best film noirs of all time, Billy Wilder’s “Double Indemnity” is your classic tale of a beautiful dame luring a lunkheaded sap into certain danger. Fred MacMurray is a sleazy insurance salesman who falls for an icy blonde (Barbara Stanwyck, great but wearing an unfortunate wig) and gets roped into killing her rich husband. And then everything works out perfectly and they live happily ever after. Oh, no, my mistake. Actually, everything goes wrong and MacMurray’s character finds himself in hot water, all because he couldn’t resist turning into a Tex Avery cartoon after spotting an anklet shimmering on one of Stanwyck’s gams.