Disney+ is about to drop its most monumental release yet, with Niki Caro’s live-action remake of Mulan, originally intended to hit theaters this March before the coronavirus pandemic shut down the world, set to premiere exclusively on the Disney streaming platform. But the release of a theatrical movie on Disney+ (for a premiere price of $29.99) is not the only thing worth highlighting in this month’s selection of movies and TV shows coming to Disney+ and Hulu. From the rom-com classic Bend It Like Beckham to the sci-fi classic The Terminator, there’s something to stream for everyone.

Get the full rundown of TV shows and movies coming to Disney+ and Hulu in September below.

This isn’t necessarily the “best” since none of us have seen Mulan yet (apart from the handful who went to early screenings before the pandemic shut everything down), but it’s a must-see. How often is it that you’ll get to see an anticipated Disney blockbuster early from the comfort of your own home, without having to wait months before it hits digital? Director Niki Caro puts a new spin on the animated classic Mulan, blending elements of the ancient Chinese ballad to give us something more than a tired shot-for-shot live-action remake. Starring Liu Yifei, Jet Li, Donnie Yen, and Gong Li, Mulan follows Hua Mulan, the eldest daughter of an honored warrior, who masquerades as a man to serve in the Imperial Army in the place of her ailing father, and embarks on a journey to become one of the greatest warriors China has ever known. (Available on Disney+ starting September 4, for Premiere Access for $29.99)

Gurinder Chadha’s breezy romantic comedy, Bend It Like Beckham is a feel-good sports film meets culture-clash tale about Jess Bhamra (Parminder Nagra), a daughter of a strict Indian family who dreams of nothing more than playing in a professional soccer team. But when her skills are seen by semi-pro player Jules (Keira Knightley), Jess is convinced to join her team, which she is forced to hide from her family in a series of progressively elaborate excuses. The situation is made even more complicated when Jess begins to fall for her dreamy coach, Joe (Jonathan Rhys Meyers). Bend It Like Beckham is an infinitely watchable rom-com that was a sleeper hit when it came out in 2002 and still feels as nimble as the footwork of its lead characters. (Available on Disney+ starting September 18) 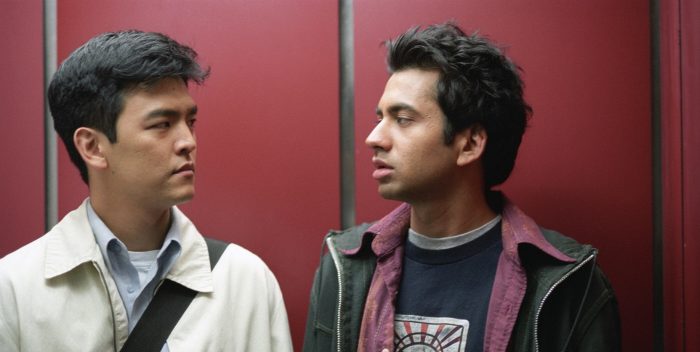 A stone cold comedy classic, Harold & Kumar Go To White Castle launched the careers of John Cho and Kal Penn and gave us one of the funniest stoner road trip movies ever. The first installment of the Harold and Kumar franchise, White Castle is still the best, following two stoned bros with a case of late-night munchies, who become convinced that they need scrumptious sliders from the fast food joint White Castle, taking them on a late-night odyssey deep into New Jersey that hilariously goes off the rails. (Available on Hulu starting September 1) 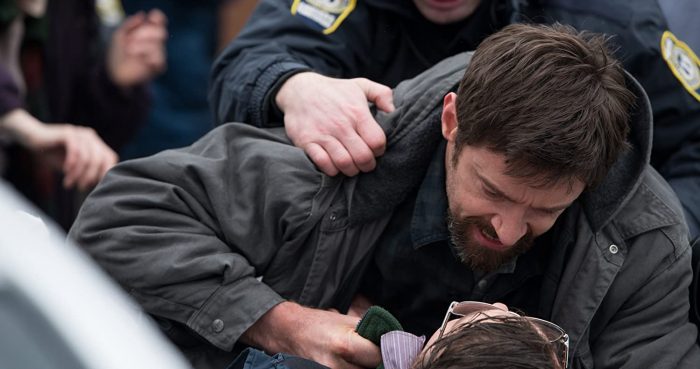 Denis Villeneuve’s first English-language feature film, Prisoners stars Hugh Jackman as a parent whose worse nightmare comes true: his 6-year-old daughter, Anna, and her friend go missing. Detective Loki (Jake Gyllenhaal), arrests the driver (Paul Dano) of an old motorhome that had been parked on their street, but is forced to release his only suspect due to lack of evidence. What unfolds is a grueling revenge thriller that is as exhausting as it is riveting, and one of Denis Villeneuve’s hardest, most punishing films. (Available on Hulu starting September 10)

That James Cameron, he sure knows how to direct a movie. A combination of a lean horror narrative and sci-fi spectacle, The Terminator is a classic for a reason, and stands up to the test of time even if its sequel — and the polarizing franchise it spawned — is more actively beloved and discussed. Linda Hamilton stars as an ordinary 1984 woman named Sarah Connor, who discovers that a cyborg assassin known as the Terminator (Arnold Schwarzenegger) has been sent from the future to kill her and her unborn son, who is fated to lead the fight against the machines. Sent to protect her is Kyle Reese (Michael Biehn), a future revolutionary whose mission is to stop the Terminator and save the fate of humanity. (Available on Hulu starting September 1)

The post The Best TV Shows & Movies Coming to Disney+ and Hulu in September appeared first on /Film.

There are two primary choices in life: to accept conditions as they exist, or accept responsibility for changing them.