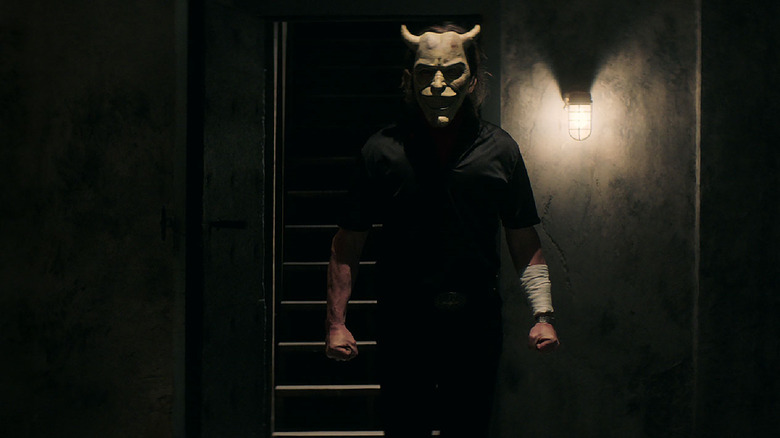 “The Black Phone” is Scott Derrickson’s (“Doctor Strange”) feature-length adaptation of Joe Hill’s short horror story of the same name, originally published in his first collection “20th Century Ghosts” in 2005. The film was co-written with Derrickson’s “Sinister” collaborator C. Robert Cargill, who also serves as co-producer on the film alongside Jason Blum. The movie had its world premiere at Fantastic Fest on September 25, 2021, where /Film’s Eric Vespe caught it and sang its praises. The story, a child killer thriller, is produced by Blumhouse Productions along with Derrickson and Cargill’s Crooked Highway, who signed a two-year first-look deal with Blumhouse in 2020.

Now, the first trailer has arrived to tease one of the creepiest movies you’ll see next year.

Joe Hill’s a busy writer; “The Black Phone” isn’t the only work of his getting the adaptation treatment. “Abraham’s Boys,” another short story from “20th Century Ghosts” and a sort of Van Helsing spin-off of the classic “Dracula” story, is being handled by Tea Shop Productions (the production company behind genre-straddling gem “I Am Not A Serial Killer”) and has “Lucky” screenwriter Natasha Kermani attached to adapt the story.

“Voluntary Committal,” another “20th Century Ghosts” special, is coming to Paramount+. These join a handful of solid adaptations of Hill’s work, including “Horns” in 2013 (directed by Alexandre Aja!), “In The Tall Grass” (Patrick Wilson sings!), and the 2019-2020 series “NOS4A2,” all based on author’s best-selling works.

It should be noted, however, that “The Black Phone” is one of those movies that’s best seen with little to no context. From his review, Vespe elaborates:

I’ll avoid any major spoilers as I dive into this review, but if all you want to know is if it’s good or not, then I’ll say it’s really damn good right up front. If you’re sold and haven’t read the short story, then why not go in cold? The film has a release date of January 2022, so you have a little time to sit and wait, but it’s worth it. Trust me.

What Is The Black Phone? 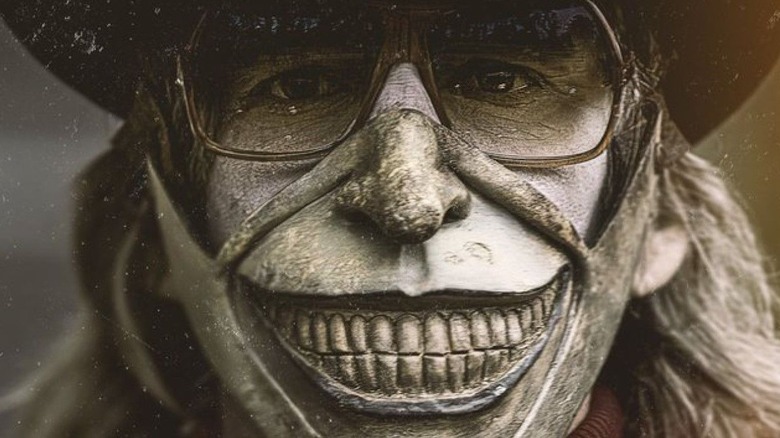 If you’re still curious, the movie’s about a young boy named Finney Shaw (Mason Thames). He’s a sweet kid just trying to survive a harsh world of bullies and a bad home life, along with his spitfire sister, Gwen (Madeleine McGraw). In their ’70s Colorado suburb, kids have been vanishing; local townsfolk point towards a near-mythic abductor called “The Grabber” (Ethan Hawke), and soon it’s Finney that ends up in the Grabber’s basement, a bare-bones room with a mattress on the floor, a weird painting, and a disconnected black phone. Help comes through the phone, in the form of the killer’s past five victims who call one by one and provide clues to help Finney avoid the same fate.

Derrickson and Cargill certainly had their work cut out for them. The writer-director duo, who previously knocked one out of the park with their 2012 horror feature, “Sinister,” (which contains one of the most effective modern jump scares, Meagan Navarro argues) were tasked to taffy-pull some twenty-odd pages into a 102-minute feature.

Vespe calls it “the first feature adaptation of Joe Hill’s work that demands more big-screen Joe Hill adaptations,” and, having seen the film myself at Fantastic Fest, he’s absolutely right. Hawke doesn’t do villains often and it’s a true shame, because he is a sinister delight in this film, opting to act around his creepy mask (designed by none other than Tom Savini himself) rather than from behind it, adapting an eerie physicality for the role. Hawke’s villain is counterbalanced by two fantastic child performances in Thames and McGraw, who provide the heart of the movie to complement the scares. Derrickson and Cargill deliver on everything promised in the trailer, and more.

Read this next: All 8 ‘Conjuring’ Universe Films Ranked From Worst To Best