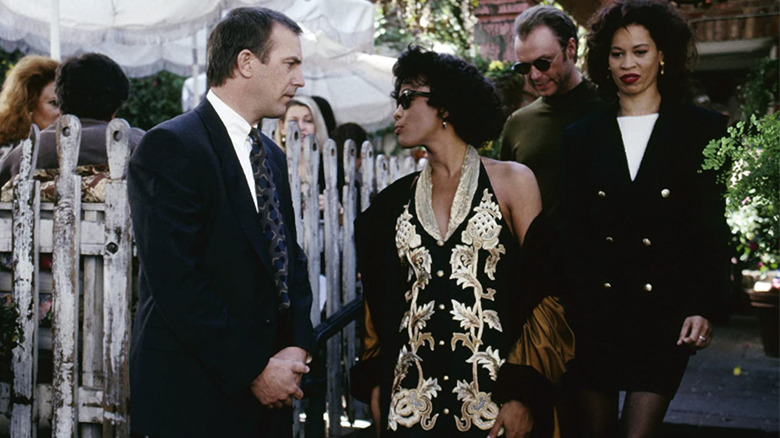 A new iteration of “The Bodyguard” is back in development at Warner Bros. The studio, which originally planned to remake the successful 1992 Kevin Costner/Whitney Houston movie a decade ago but couldn’t get it to the starting line, has hired playwright Matthew López (“The Newsroom”) to write the screenplay for a “reimagining” of the story, which is said to be “inspired by” the first film.

Variety reports that López will write a new version of the movie, which has Lawrence Kasdan (who wrote and produced the original film), Dan Lin, and Jonathan Eirich on board as producers. No casting decisions have been made yet, but pairings like Chris Hemsworth and Tessa Thompson and Channing Tatum and Cardi B have reportedly been floated in the past to no avail.

Before Costner’s career took a hit with the big-budget flop “Waterworld,” the actor was on a spectacularly successful run with movies like “Dances with Wolves,” “Robin Hood: Prince of Thieves,” and “JFK.” You can argue about the quality of those films all you like, but Costner was undeniably one of the biggest male movie stars in Hollywood when he starred in “The Bodyguard” in 1992, a film which saw him playing a former Secret Service agent named Frank Farmer who was hired to protect pop music superstar Rachel Marron, who was played by real life pop music superstar Whitney Houston. The actress/singer would go on to star in movies like “Waiting to Exhale” and “The Preacher’s Wife,” but “The Bodyguard” was her big breakthrough and the first movie she ever starred in. The film was also notable for its wildly popular soundtrack, which is still the best-selling movie soundtrack in history (impressive!) and featured Houston absolutely crushing songs like “I’m Every Woman,” “I Have Nothing,” and her unforgettable, full-throated, powerhouse rendition of Dolly Parton’s “I Will Always Love You,” which became a radio staple the second it was released.

Warner Bros. tried and failed to get a remake off the ground in 2011. Two years later, Gina Prince-Bythewood (“The Old Guard”) directed an indie movie called “Beyond the Lights” about a pop superstar who calls in love with her bodyguard. That movie is wonderful and still criminally underseen, and sort of feels like it cancels out the need for another version of “The Bodyguard” – especially since Whitney Houston was a once-in-a-generation talent who will be incredibly difficult to emulate in a new iteration. But perhaps López will be able to craft a take that feels different enough, and WB will find a diamond in the rough actress with a killer singing voice. Best of luck to all involved, because that first film set a very high bar.

Read this next: The Quarantine Stream: ‘Rodgers & Hammerstein’s Cinderella’ Is An Impossibly Cheesy Delight

The post The Bodyguard Remake Is Back On At Warner Bros. With New Writer Attached appeared first on /Film.

/Film – ‘Slash Film: The Bodyguard Remake Is Back On At Warner Bros. With New Writer Attached’
Author: Ben Pearson
Go to Source
September 15, 2021

Paranormal Activity Next of Kin Trailer