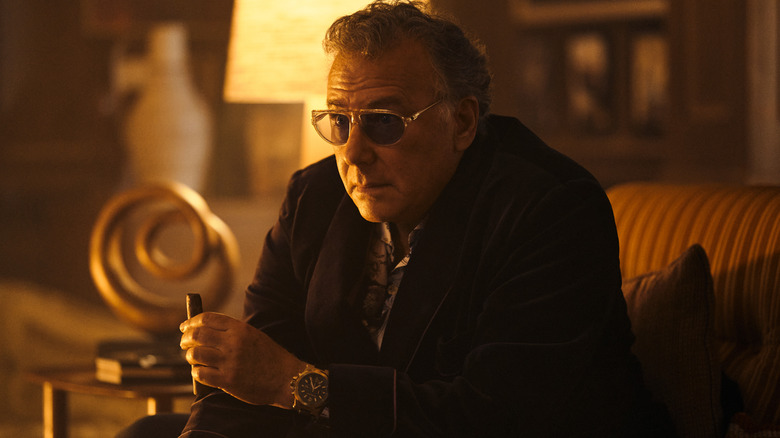 “The Boys” simply can’t and won’t stop until it successfully lampoons every possible aspect of its big superhero-themed siblings, Marvel and DC. It wasn’t enough that so many of the actual supes in the Prime Video series are clearly meant as analogues of popular, established characters (both heroes and villains alike). The show took its thinly-veiled (but no less hilarious) satire to even greater heights with the in-universe production of the film “Dawn of the Seven,” which managed to lovingly mock both “The Avengers” movies and Zack Snyder’s DC films all at the same time. Now, the show is set to unleash its own unmistakably offbeat take on the comic creators who made all these movies and shows possible in the first place.

Season 3 of “The Boys” is about to air its fifth episode this upcoming Friday, and now news has broken that it will feature the original “The Boys” comics’ long-awaited parody of the late, great Stan Lee himself.

Variety reports that esteemed actor Paul Reiser will appear as “The Legend,” an integral figure in Garth Ennis and Darick Robertson’s source material. Of course, in vintage “The Boys” fashion, this character won’t quite be as lovable, nerdy, and approachable as Lee. Viewers can expect a foul-mouthed, cigar-chomping, and utterly unscrupulous caretaker of all the secrets that the Vought corporation has covered up on behalf of reckless supes over the decades.

The official “The Boys” Twitter account actually not-so-subtly teased this news a day earlier, stating that, “A Legend is showing up Friday” accompanied by an illustration of the comic character that, yes, was originally conceived as an homage (or parody, depending on how you look at it) of Marvel’s legendary Stan Lee. In a follow-up tweet, the account revealed that they’d gone so far as to bury Paul Reiser’s actual casting in that image of The Legend for any eagle-eyed fans to pick up on — which, tragically, it seems as if nobody did. For shame!

Tried to tell ya yesterday who it was, you lot were sleeping on the job pic.twitter.com/TpmBhR1N1t

Described only as “an iconic fan-favorite character from the original comic book series,” Reiser’s The Legend will make his grand introduction to fans (along with the Boys themselves) in the upcoming episode 5, titled “The Last Time to Look on This World of Lies.” “The Boys,” created by Eric Kripke along with executive producers Seth Rogen and Evan Goldberg, was recently renewed by Prime Video for another round of shocking gore, savvy political commentary, and all the mayhem you could hope for with its fourth season.

As for the ongoing season 3, new episodes premiere on Prime Video every Friday, leading up to the season finale on July 8, 2022.

The post The Boys Season 3 Casts Paul Reiser as That Universe’s Version of Stan Lee appeared first on /Film.